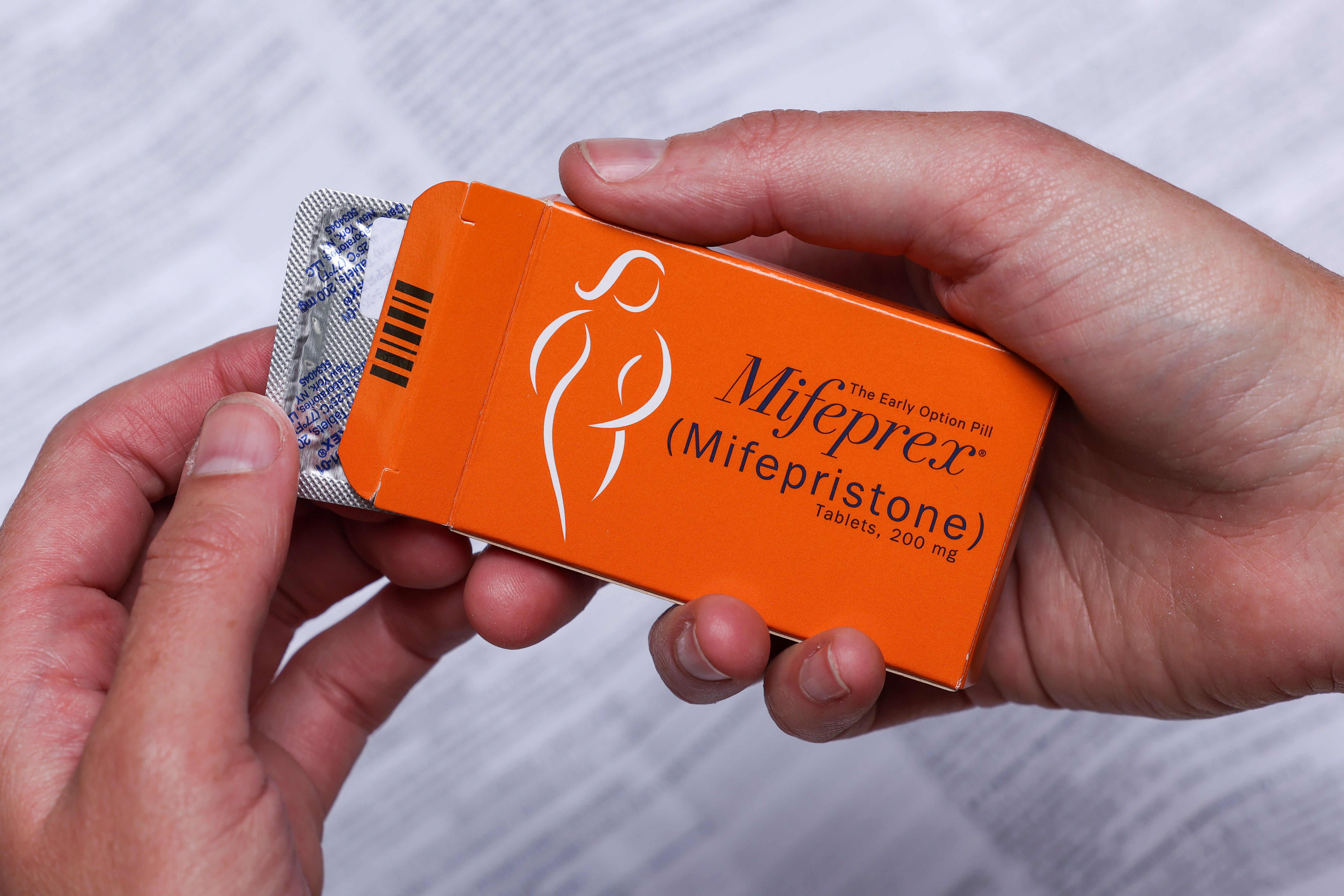 A pack of Mifeprex pills, used to terminate early pregnancies, is displayed in this picture illustration taken May 11, 2022. REUTERS/Caitlin Ochs/Illustration

A maker of abortion pills and a doctor have filed lawsuits challenging state restrictions on the medication, in the first lawsuits of their kind since the U.S. Supreme Court overturned the federal constitutional right to abortion.

In a complaint filed in federal court in Huntington, West Virginia, GenBioPro Inc said the state cannot override the U.S. Food and Drug Administration’s approval from 2000 of mifepristone by banning the drug, the first in a two-drug regimen for medication abortions.

The doctor, Amy Bryant, filed a separate lawsuit in the federal court in Durham, North Carolina, challenging state-imposed restrictions on obtaining mifepristone, which she said impeded her ability to treat patients.

Both lawsuits fuel a growing legal battle over medication abortion in the wake of the U.S. Supreme Court’s June ruling eliminating the longstanding right to abortion established 50 years ago in Roe v. Wade, and effectively left states to regulate the procedure.

In a separate case, anti-abortion activists are urging a Texas federal judge to undo FDA approval of mifepristone altogether, and effectively pull the drug off the market.

GenBioPro, which sells a generic version of mifepristone, said West Virginia’s Unborn Child Protection Act, which banned nearly all abortions in September, “conflicts with the strong national interest in ensuring access to a federally approved medication to end a pregnancy.”

According to the lawsuit, the abortion pill ban violated the U.S. Constitution’s Supremacy Clause, which gives federal laws priority over conflicting state laws, because Congress gave the FDA the power to regulate drugs.

U.S. Attorney General Merrick Garland said last June that states “may not ban mifepristone based on disagreement with the FDA’s expert judgment about its safety and efficacy.”

Bryant objected to North Carolina’s requirements that patients obtain abortion pills only in person from physicians in specially certified facilities, and undergo state-mandated counseling at least 72 hours before having abortions.

Her lawsuit said the restrictions “interfere with her ability to provide medical care to her patients according to her best medical judgment and in accordance with federal law.”

The office of West Virginia Attorney General Patrick Morrisey, a Republican, did not immediately respond to a request for comment.

GenBioPro previously sued Mississippi over restrictions on mifepristone there, but dropped the case in August after the state banned nearly all abortions following the Supreme Court’s decision. The company cited a “changed national landscape” for its decision.

As of November, 16 states that permit some abortions, including North Carolina, restrict medication abortion to some extent, according to the Guttmacher Institute, a research group that supports abortion rights.