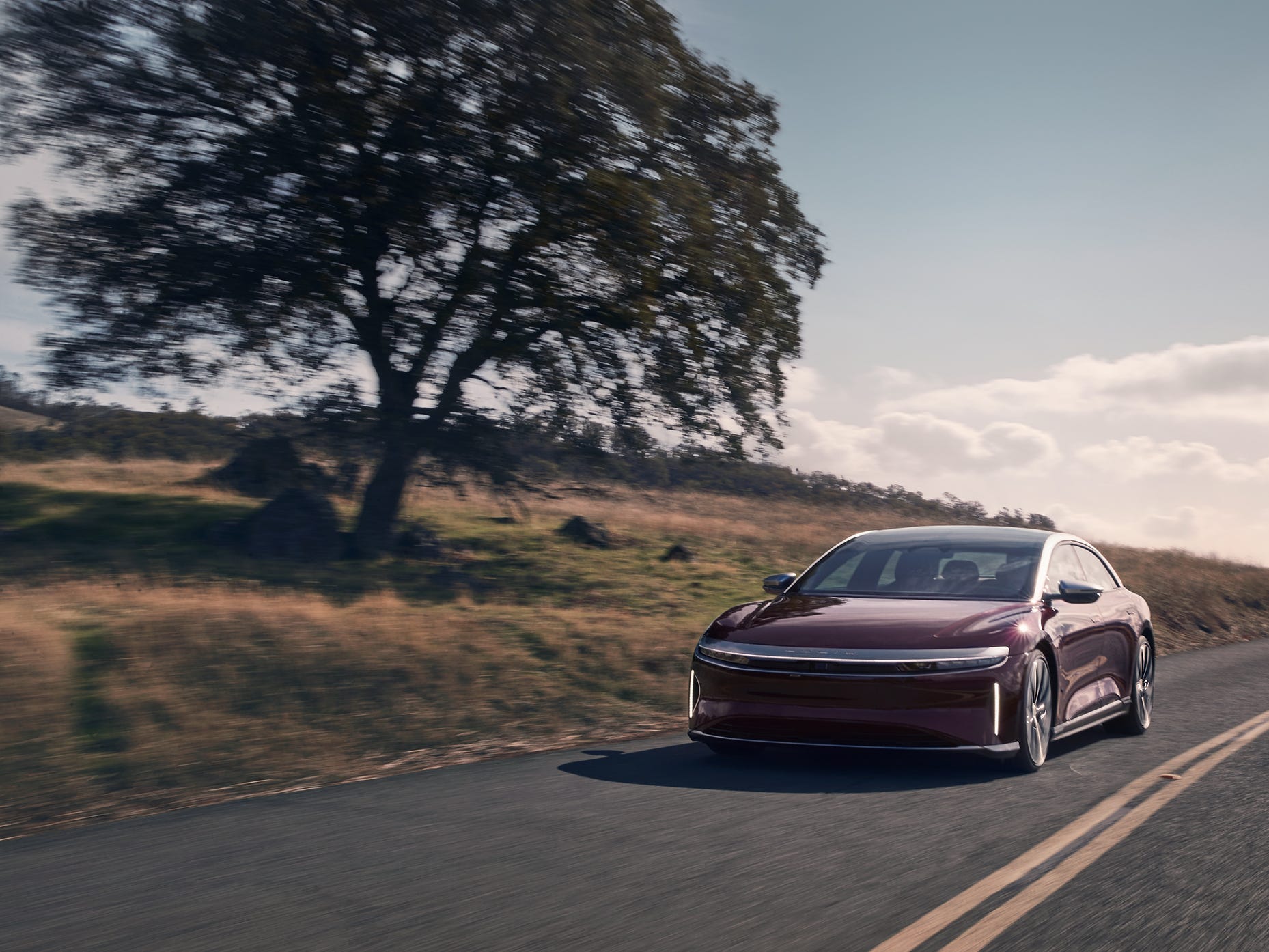 Lucid has recently emailed reservation holders about efforts to get them the commercial EV tax credit, if they lease an Air.

Automakers might be racing to find a way around the requirements set forth in the new EV tax credit to get their customers a $7,500 benefit.

Those rules — with more details to come from the Internal Revenue Service and Department of the Treasury in March — touch on minimum battery capacity, assembly in the US, pricing caps, and more.

And they could leave EVs made by plenty of automakers ineligible for credits in the near-term, posing a threat to the multi-billion-dollar promises that car companies have made in their bids to electrify.

But there may be another way. The commercial EV credit comes with way fewer requirements that are far less difficult to achieve — and it could be a clever workaround for the passenger vehicle space.

The commercial credit was designed to incentivize commercial fleets to electrify. It goes to the company buying the vehicle, like fleet manager, or an automaker or its finance arm. The credit is limited to $7,500 for vehicles that weigh less than 14,000 pounds, and $40,000 for all other commercial EVs.

But the law does not say that vehicles that claim the commercial credit through leasing have to be a commercial vehicle.

Therefore, an automaker can currently get the credit simply by owning the vehicles it leases.

They then aren’t required to pass the savings on to the lessee, but they could apply the $7,500 credit that they received to the price of the EV, and thus, lower a customer’s monthly payment.

More automakers may opt to pass the credit on to consumers, if it gives them a leg up on competition.

EV startup Lucid, already, has emailed reservation holders about its efforts to get them the credit, as first reported on Drive Tesla.

Lucid vehicles don’t qualify for the new EV credit given they are priced at higher than the MSRP cap requirements.

“Save $7500 immediately,” the email, viewed by Insider, said. “Starting now, customers who lease any Lucid Air through Lucid Financial Services will receive an automatic $7,500 savings in the form of a capital cost reduction. By taking advantage of this savings, customers get a lower monthly payment for their new Lucid Air.”

A spokesperson for Ford’s financial services arm, Ford Credit, told Automotive News that it can claim the tax credit on qualifying EVs that it owns and leases, but that “these are competitive decisions that we won’t discuss publicly.”

This loophole could also help non-domestic manufacturers claim the credit, negating the point of implementing a domestic supply chain.

“That opens up everything from the Lucid to the GMC Hummer to Mercedes to Hyundai, Kia, et cetera, that are disqualified for some reason,” said Loren McDonald, EV analyst and founder of research site EVAdoption. “My expectation is that many of the non-US manufacturers will start offering this.”

What it means for car-buyers

Implementation of the commercial credit “bends to the desires of the companies looking for loopholes,” West Virginia Sen. Joe Manchin said in an issued statement.

Another detail of the law could make for an interesting challenge.

“If you wanted to lease, let’s say, the Chevrolet Bolt, which does qualify, you don’t get the credit with the loophole, because it qualifies” for the new EV credit instead, McDonald said.

“Good news is, the Tesla Model 3 or Chevy Bolt qualifies, so go buy it — but if you want to lease it, you’re screwed,” McDonald added. “But, if you want to buy the Kia EV6 or the GMC Hummer, which doesn’t qualify, if you lease it, it does.”

It may result in more car-buyers interested in leasing higher-cost EVs. But car-buyers can’t assume the auto company will automatically pass along the credit.