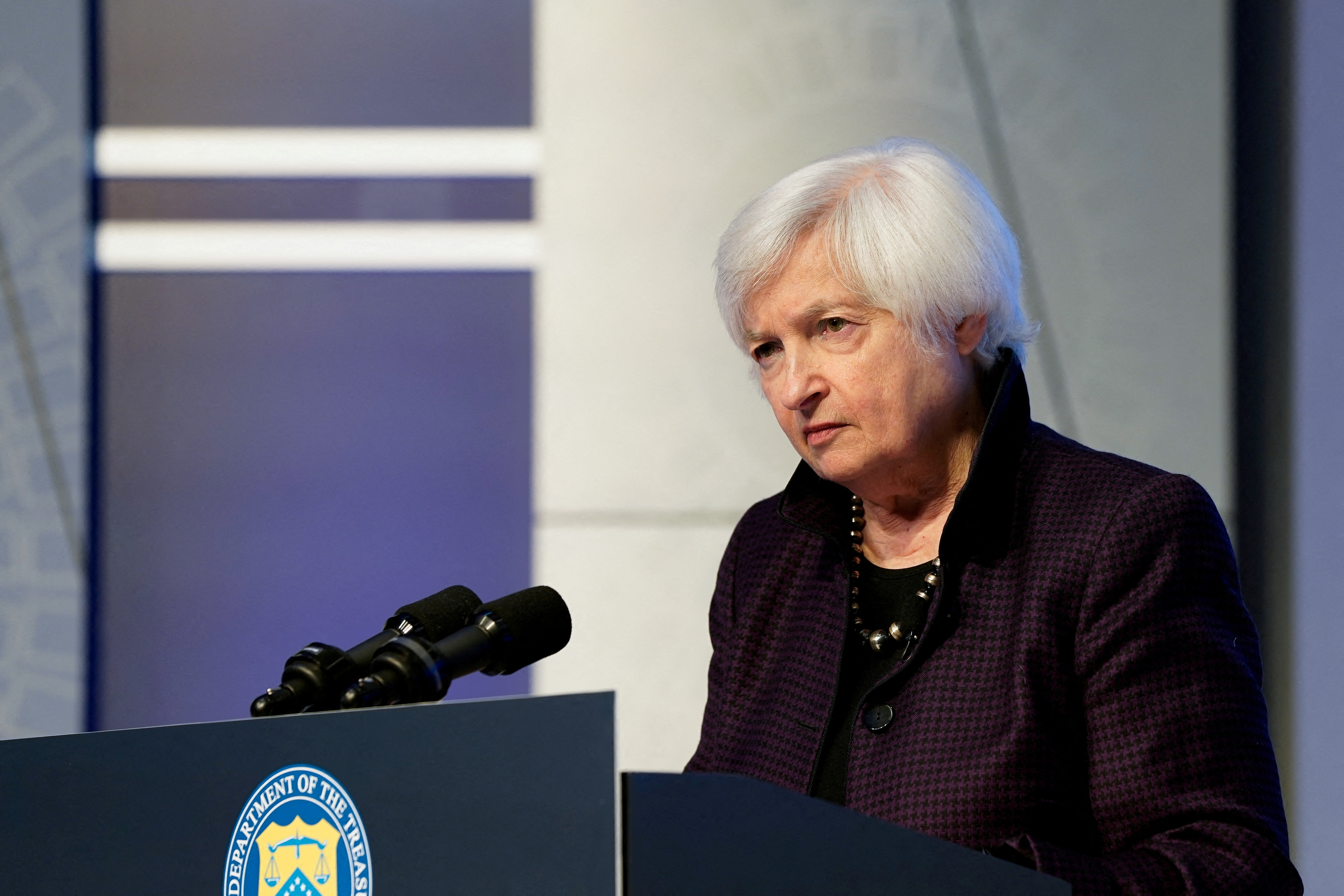 U.S. Treasury Secretary Janet Yellen listens to a reporter’s question at a news conference during the Annual Meetings of the International Monetary Fund and World Bank in Washington, U.S., October 14, 2022. REUTERS/Elizabeth Frantz/File Photo

In a letter notifying Congress of the move to access the Government Securities Investment Fund (G Fund), Yellen did not alter a projected early June deadline for when the Treasury may no longer be able to pay the nation’s bills without an increase in the $31.4 trillion statutory borrowing limit.

“The statute governing G Fund investments expressly authorizes the Secretary of the Treasury to suspend investment of the G Fund to avoid breaching the statutory debt limit,” Yellen wrote in the letter to House of Representatives Speaker Kevin McCarthy, a Republican, and other congressional leaders. “My predecessors have taken this suspension action in similar circumstances.”

Yellen last week suspended reinvestments in two other retirement and health benefit funds as the government nominally reached the debt ceiling. Republicans who now control the House have threatened to oppose a debt ceiling increase without spending reductions from the Biden administration.

The G-Fund maneuver is one of the largest tools that Treasury can employ to reclaim borrowing capacity under the debt ceiling. The fund, part of the Thrift Savings Plan for federal employees, had net assets of $210.9 billion atthe end of 2021, according to its most recent annual report.

But the Treasury is required by law to replenish the fund, along with any lost earnings, once a debt limit impasse ends. Federal retirees and employees would be unaffected by this action.

“I respectfully urge Congress to act promptly to protect the full faith and credit of the United States,” Yellen wrote, repeating a regular line in her letters to lawmakers.