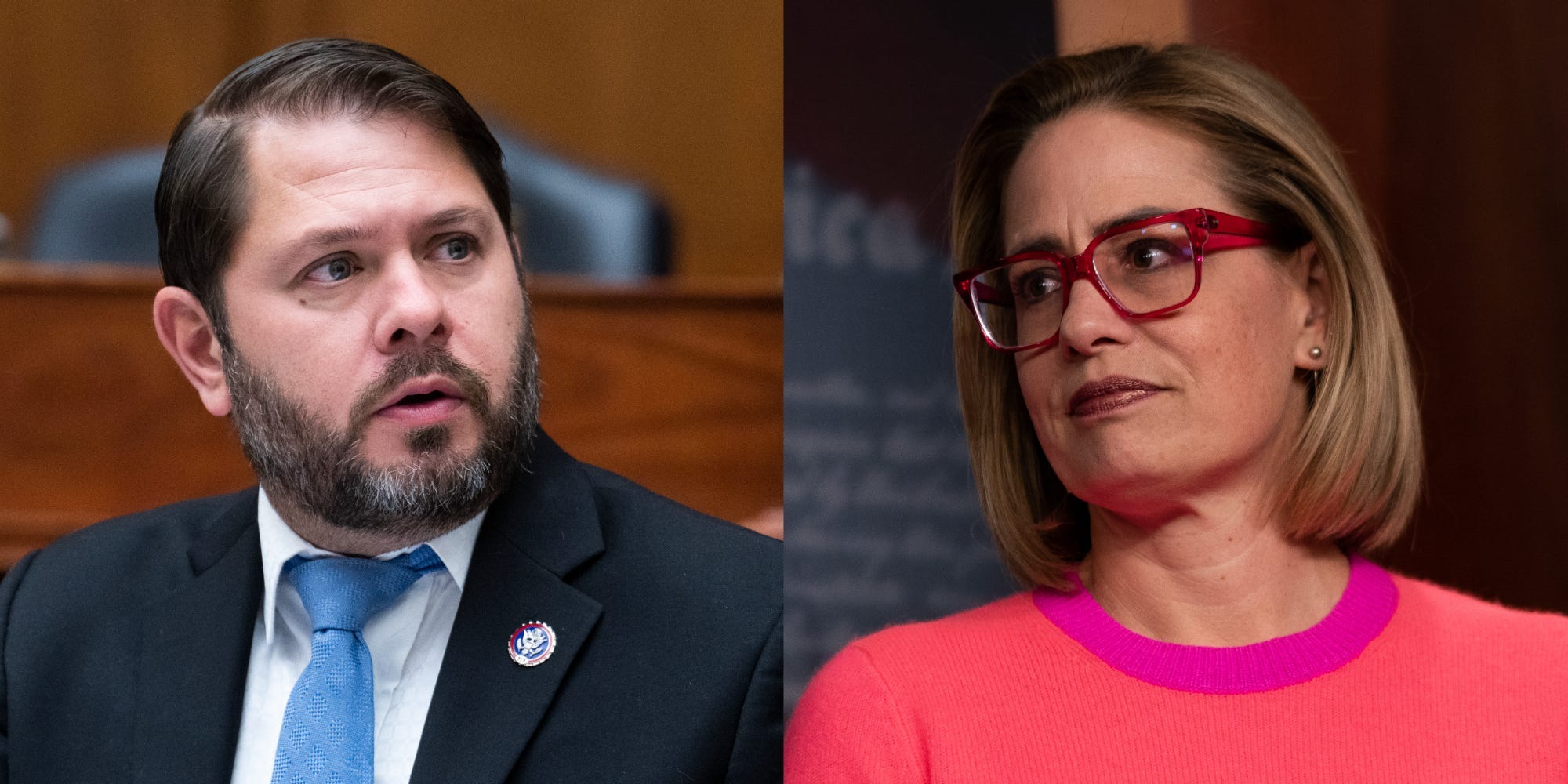 Democratic Rep. Ruben Gallego officially launched a campaign for US Senate in Arizona on Monday, ending what had been over a year of speculation about his plans.

And right out of the gate, he’s hitting Independent Sen. Kyrsten Sinema, who currently holds the seat and recently left the Democratic Party.

“Today I am answering the call to serve,” Gallego said in a statement. “The problem isn’t that Senator Sinema abandoned the Democratic Party – it’s that she’s abandoned Arizona.”

In his announcement video, Gallego spoke of his upbringing as the son of a single mother as well as his experiences during the Iraq War. In declaring his bid against Sinema — who has yet to officially state her own plans but is expected to seek re-election — he branded her as an advocate for the rich.

“If you’re more likely to be meeting with the powerful than the powerless, you’re doing this job incorrectly,” he said.

Gallego is well-positioned to win the Democratic primary after fellow Democratic Rep. Greg Stanton opted not to run for Senate. If Sinema runs as an independent, Arizona is likely to see a three-way race in the general election — a relatively rare occurrence.

On the Republican side, former gubernatorial candidate Kari Lake and former Senate candidate Blake Masters are both reportedly interested in running for the seat.

The clash between Gallego and Sinema puts Democrats in an uncomfortable position; while only Gallego is a registered Democrat, Sinema still works with the Democratic majority in the Senate and is crucial for maintaining the party’s new 51-seat majority.

When Sinema first made her announcement in December, Senate Democrats weren’t yet ready to consider how the national party should approach the race.

Gallego, for his part, has argued that he would be a strong candidate in a three-way race, but that Sinema could play spoiler. In December, he released a poll of a hypothetical race between him, Sinema, and Lake that showed him just one point behind Lake, while Sinema polled at 13%.