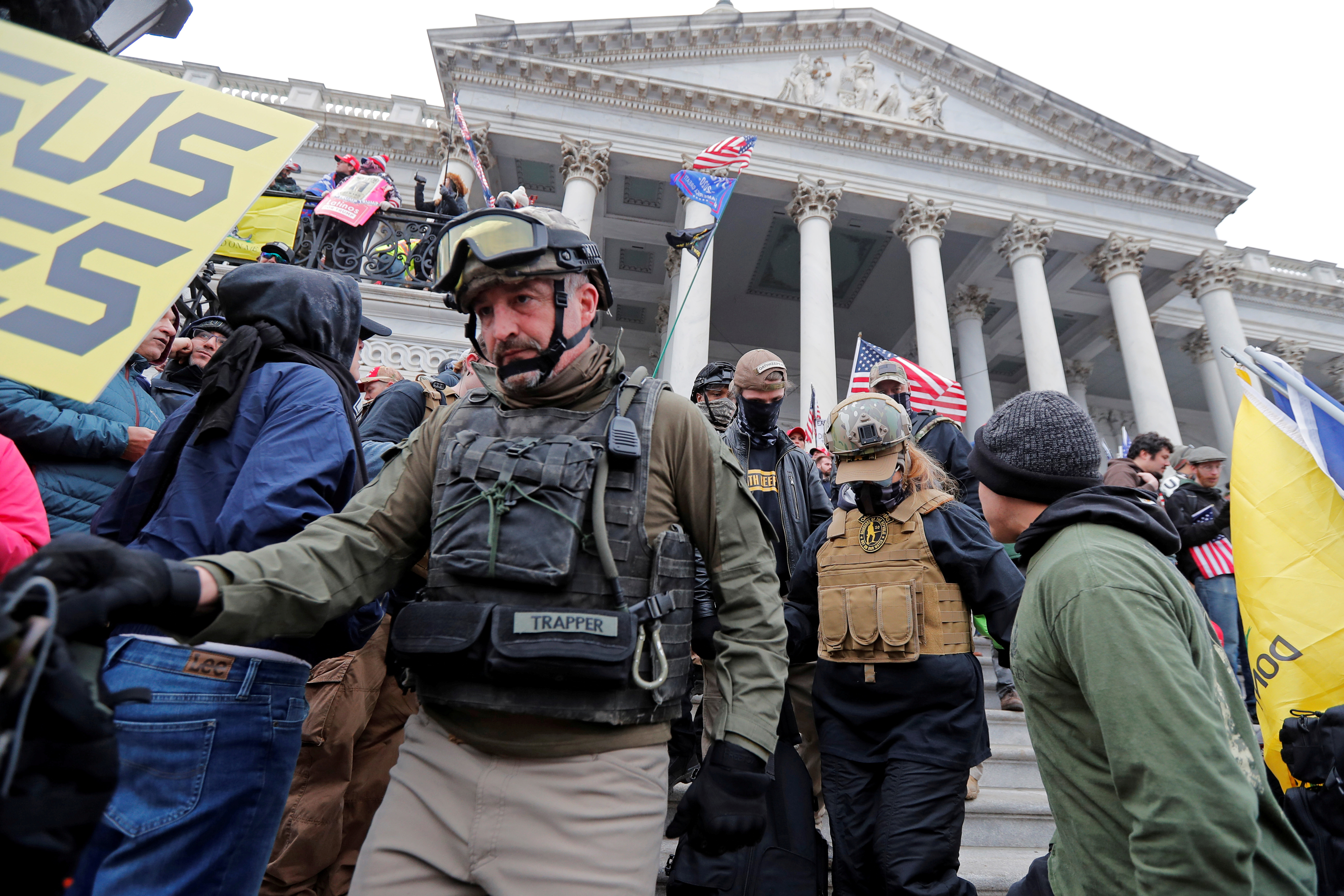 Members of the Oath Keepers are seen among supporters of U.S. President Donald Trump at the U.S. Capitol during a protest against the certification of the 2020 U.S. presidential election results by the U.S. Congress, in Washington, U.S., January 6, 2021. REUTERS/Jim Bourg/File Photo

A jury on Monday convicted four members of the far-right Oath Keepers group of seditious conspiracy, handing the Justice Department another major victory in its quest to prosecute supporters of then-President Donald Trump who stormed the U.S. Capitol on Jan. 6, 2021.

The verdict marks the end of the second major sedition trial against members of the extremist group, who were among the hundreds who attacked the Capitol in an unsuccessful attempt to prevent Congress from certifying Democrat Joe Biden’s victory over Trump, a Republican, in the 2020 presidential election.

All four were also found guilty of other felony and obstruction charges.

Seditious conspiracy is a rarely prosecuted Civil War-era law that prohibits plotting to overthrow or destroy the government and carries up to 20 years in prison.

A jury found Oath Keepers founder Stewart Rhodes and another Florida-based leader of the group guilty of seditious conspiracy in a separate trial in November.

Three other members were found not guilty of that charge, but all five defendants in that trial were found guilty of obstructing Congress from certifying the election.

Prosecutors have brought criminal charges against more than 950 people following the assault. Four people died during the chaos, and five police officers died of various causes after the attack.