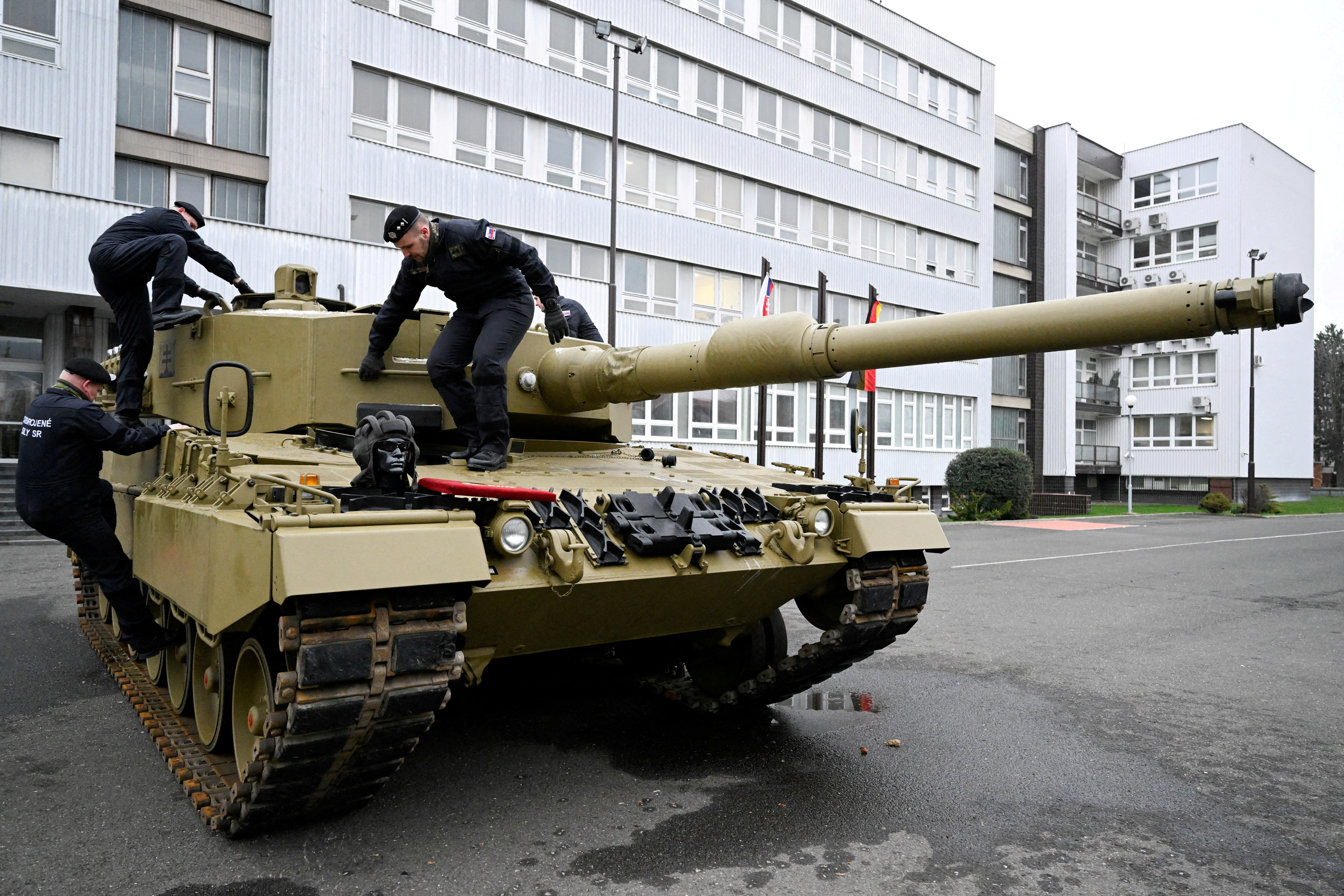 Members of the military walk on a tank, as Germany delivers its first Leopard tanks to Slovakia as part of a deal after Slovakia donated fighting vehicles to Ukraine, in Bratislava, Slovakia, December 19, 2022. REUTERS/Radovan Stoklasa/File Photo

Britain still wants an international deal to provide Ukraine with the German-made tanks that Kyiv says it needs in its fight against Russia but whose transfer needs Germany’s consent, British foreign minister James Cleverly said on Sunday.

Western allies pledged billions of dollars in weapons for Ukraine last week, although they failed to persuade Germany to lift a veto on providing Leopard battle tanks, which are held by an array of NATO nations but whose supply to Ukraine would require Berlin’s approval.

Leopard tanks are seen by defence experts as the most suitable for Ukraine.

“Of course, I would like to see the Ukrainians equipped with things like the Leopard 2 as well as the artillery systems that have been provided by us and by others,” Cleverly said in an interview with Sky News.

“I will keep having those conversations with our NATO allies and friends, to facilitate the donation of the best military equipment to Ukraine to help them defend themselves against this brutal invasion.”

Asked whether Germany was doing enough to help Ukraine, Cleverly said he wanted to see “everybody going as far as they can, but each country will support Ukraine in a way that is most appropriate to them.”

U.S. Defense Secretary Lloyd Austin urged allies at a meeting on Friday to do more to support Ukraine. But no decision on supplying Leopards was reached, officials said, although pledges were given for large amounts of other weapons.

German Chancellor Olaf Scholz’s Social Democrat party is traditionally sceptical of military involvements and wary of further escalation in the conflict in Ukraine.

The Kremlin’s spokesman said on Friday that Western countries supplying additional tanks to Ukraine would not change the course of the conflict and that they would add to the problems of the Ukrainian people.