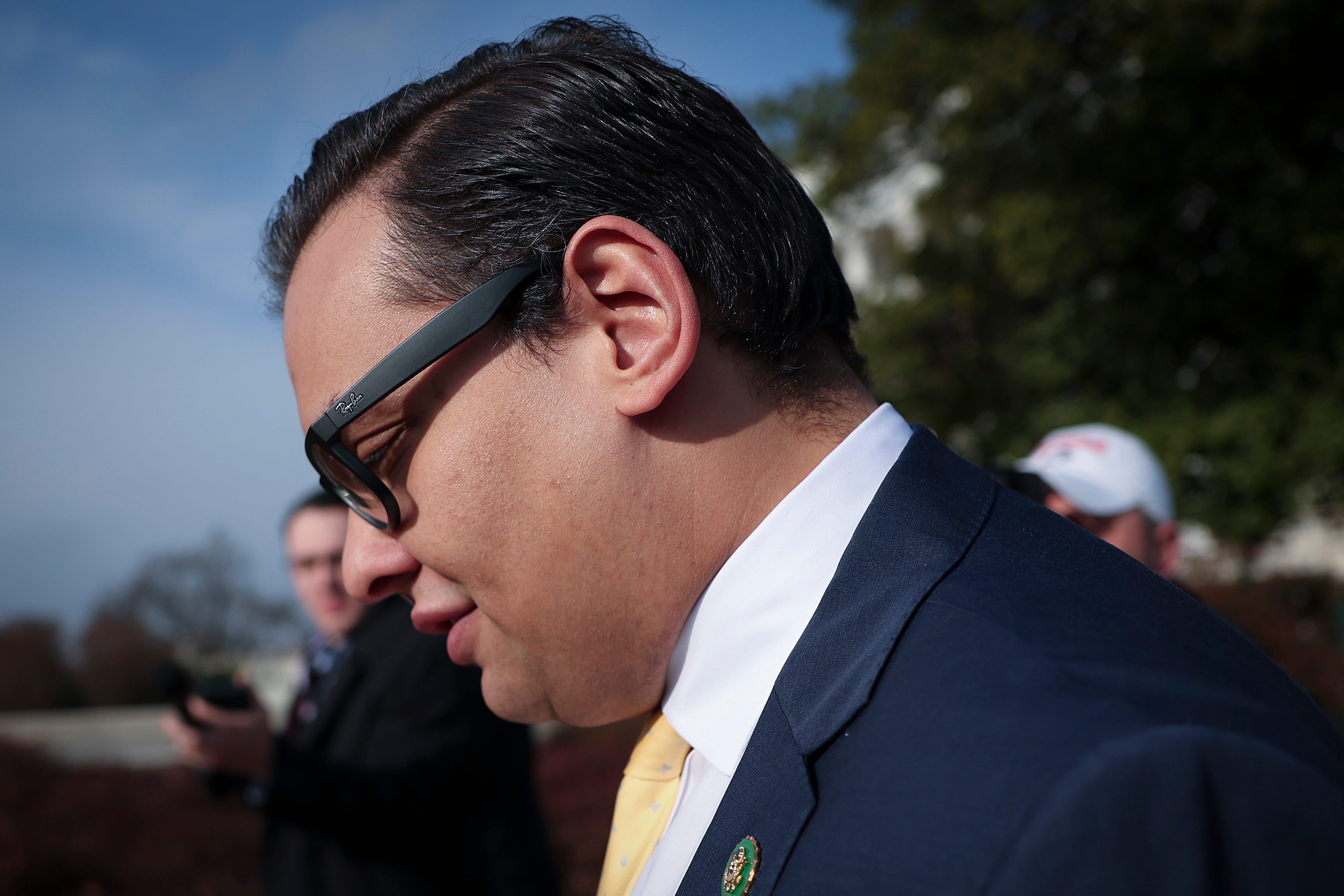 Rep. George Santos appeared to confirm the authenticity of images in which he appears to be dressed as a drag queen but rejected the label.

“I was not a drag queen. I was young and I had fun at a festival,” Santos told reporters while arriving at an airport in New York City on Saturday, TMZ reported.

Eula Rochard, a drag performer from Brazil, said that she had known Santos as a drag queen and that he competed in drag in a beauty pageant under the name Kitara Ravache in 2008.

Rochard is pictured next to Santos in one of the images, and she posted another image of him appearing to be in drag on Instagram.

Santos initially denied the reports, writing on Twitter: “The most recent obsession from the media claiming that I am a drag Queen or “performed” as a drag Queen is categorically false.”

It was a rare public denial, as the congressman has left many other questions about his past unanswered.

A report from Politico further suggested evidence of his drag queen past, as the outlet uncovered an old Wikipedia entry in which someone using a known Santos alias wrote about having performed as a drag queen in Brazil.

Santos’ latest comments on Saturday suggest he is acknowledging the integrity of the images but denying the title of drag queen.

The congressman has been caught lying about vast swathes of his life and history, ranging from his educational background and work history to his religion to claiming that his mother died on 9/11 when she wasn’t even in the country.

The questions about his drag queen past come after the congressman, who is gay, has aligned himself with some of the most right-wing Republican lawmakers and expressed support for legislation described as anti-LGBTQ, such as Florida’s Parental Rights in Education bill, which critics have labeled the “Don’t Say Gay” bill.

The revelations about his drag queen past also come amid a right-wing anti-gay disinformation campaign attempting to link drag shows to “grooming.”

One Texas Republican, Bryan Slaton, filed legislation banning drag performances in the presence of children, calling them a “disturbing trend in which perverted adults are obsessed with sexualizing young children.”