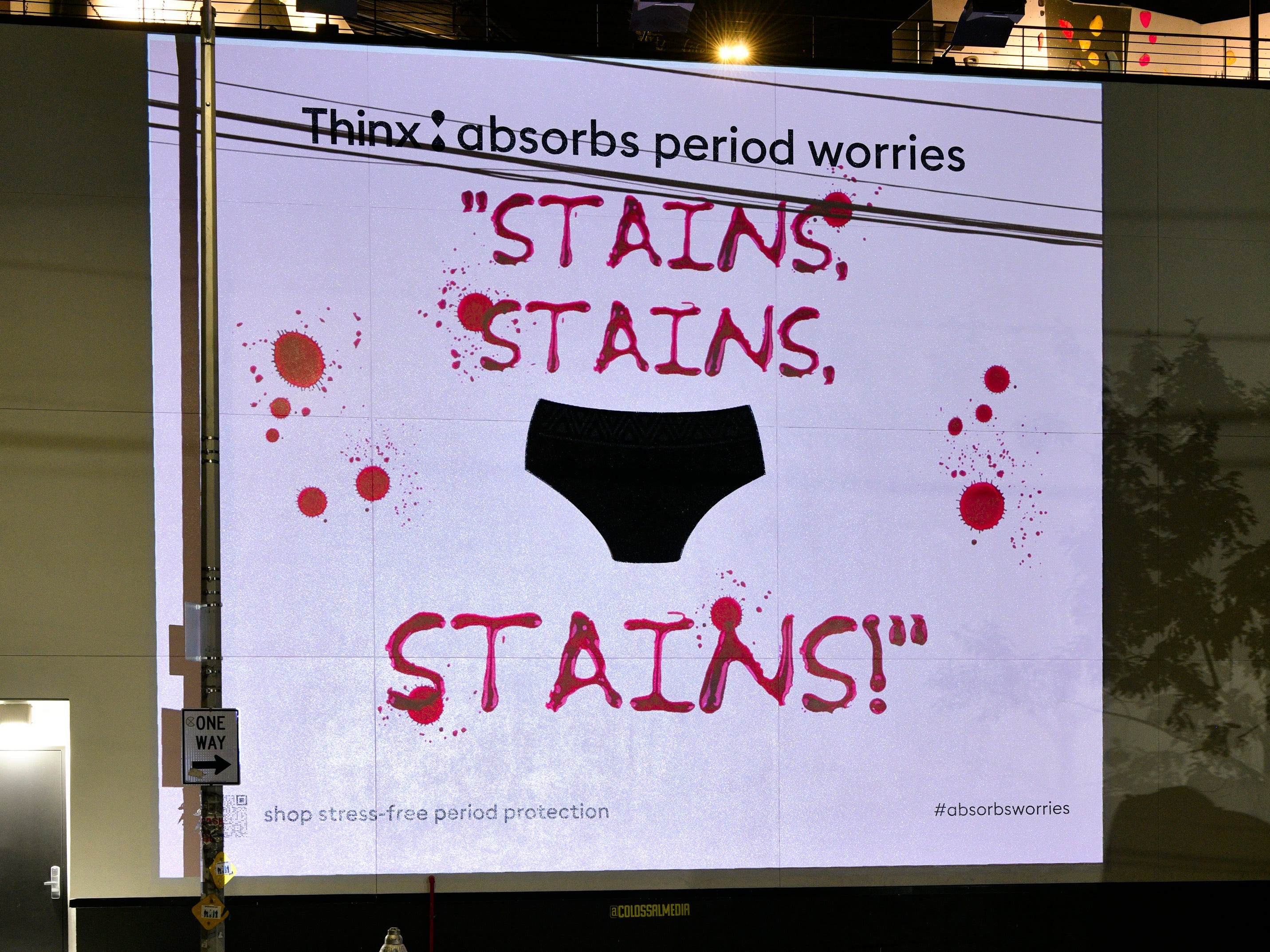 New York-based Thinx is known for its “bloody” ads posted around New York City to promote its absorbent underwear.

Thinx will pay up to $5 million to settle a lawsuit accusing the brand of failing to inform customers of potentially harmful chemicals in their underwear.

The New York-based period and incontinence adult apparel company has agreed to pay $4 million for consumers’ claims and any court-approved attorney fees, and an additional amount up to $1 million to cover any more valid claims, NBC News reported.

In the lawsuit, which began more than two years ago NPR reported, plaintiffs said Thinx’s period underwear contain PFAS, or per- and polyfluoroalkyl substances, which are synthetic chemicals used to make food wrappers and workout clothes grease- and water-resistant.

In December, the settlement received preliminary approval from the US District Court for the Southern District of New York, and plaintiffs learned of the settlement just days ago, NPR reported.

The company denied the allegations and made it clear that the settlement was not an admission of guilt, according to NBC.

“We take customer health and product safety seriously,” a company spokesperson said in a statement obtained by NBC. “We can confirm that PFAS have never been part of our product design. We will continue to take measures to help ensure that PFAS are not added to our products.

The first report of Thinx underwear potentially containing the chemicals was in January 2020, from Sierra Club magazine columnist Jessian Choy. In her column, Choy said she mailed her Thinx underwear to a nuclear professor who discovered PFAS in the crotch of the item.

An editor’s note attached to Choy’s story Friday suggested the class-action suit as a result of Choy’s investigation into the toxicity of her own Thinx underwear.

“As part of the settlement, Thinx has agreed to undertake numerous measures to ensure that PFAS are not intentionally added to the products at any stage of production, which speaks directly to the concerns of Plaintiffs and class members,” an attorney for the plaintiffs, said in a statement obtained by NBC.

According to the Centers for Disease Control and Prevention, exposure to high levels of PFAS can lead to increased risk of certain cancers, changes in liver enzymes, and increased cholesterol levels.

Thinx was founded in 2013 and considers its underwear “the first period innovation” in 76 years since the invention of the menstrual cup, according to its official site. Ten years later, period underwear are still a small part of the menstrual care industry although more companies have come forward to compete with Thinx.

The class-action lawsuit isn’t the first issue Thinx has faced since its 2013 launch. In 2017, founder and former CEO Miki Agrawal was accused of acting inappropriately at work in an article in New York Magazine’s The Cut.

Former employees alleged Agrawal commented on their breast sizes, changed clothes in front of employees, and often spoke about her sexual desires at work, according to the report. Amid the shocking accusations, Agrawal stepped down from her CEO role in 2017, The New York Post reported.

Thinx customers who purchased underwear between Nov. 12, 2016, and Nov. 28, 2022 can submit a claim before April to potentially receive a $7 refund for each purchase up to three pairs of period underwear or a voucher for 35% off a single purchase of up to $150.