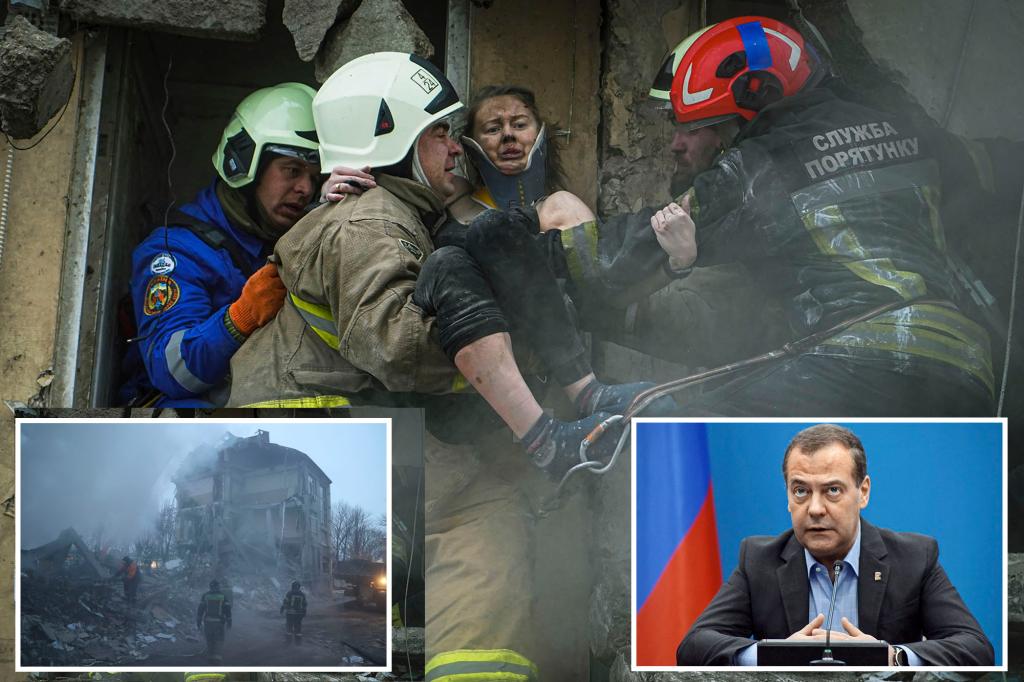 A Kremlin insider warned Thursday that Russia could start a nuclear war if it lost its conventional war in Ukraine.

Dmitry Medvedev, deputy head of Russia’s security council and a close ally of President Vladimir Putin, made the threat in a post on the Telegram messaging app.

“The loss by a nuclear power in a conventional war can provoke the outbreak of a nuclear war,” Medvedev wrote in a post criticizing Western powers ahead of a Friday meeting in Germany to discuss further military support for Ukraine.

Medvedev, who served as Russia’s president from 2008 to 2012, added, “The nuclear powers do not lose major conflicts on which their fate depends.”

Dozens of Ukraine’s allies are set to meet Friday at Ramstein air base in Germany to discuss the next round of military aid to Ukraine, ahead of an expected increase in fighting in the spring. 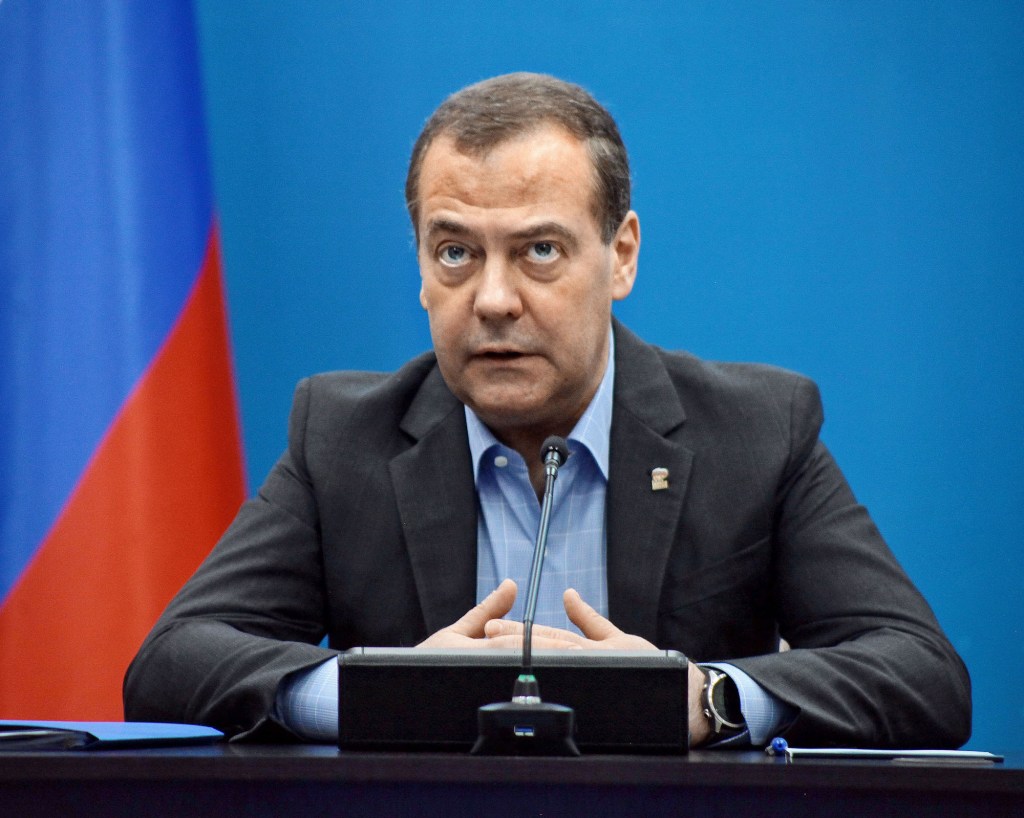 While multiple countries, including the US, Germany and France, have committed in recent weeks to providing Ukraine with armored fighting vehicles, the allied nations are reportedly at odds over sending Kyiv large battle tanks.

Over the past 11 months of war, both Ukrainian and Russian forces have relied on the Soviet-era T-72 battle tank as the mainstay of their armored forces. Kyiv has been pushing its Western allies to send more advanced armor, such as Germany’s Leopard 2 tank or the American M1 Abrams.

Ukrainian leaders have argued that the more capable tanks would allow them to break through a front line that has remained relatively static in the months since Ukraine’s successful fall counteroffensive. 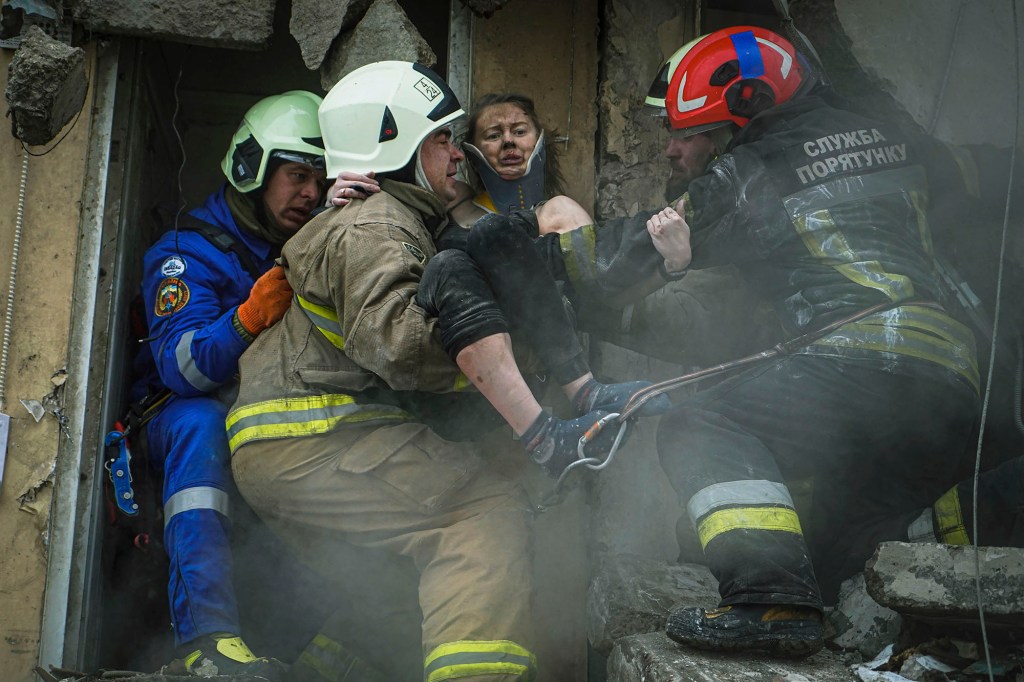 Ukrainian State Emergency Service firefighters carry a wounded woman out of the rubble from a multistory building after a Russian rocket attack on Dnipro, Ukraine.AP 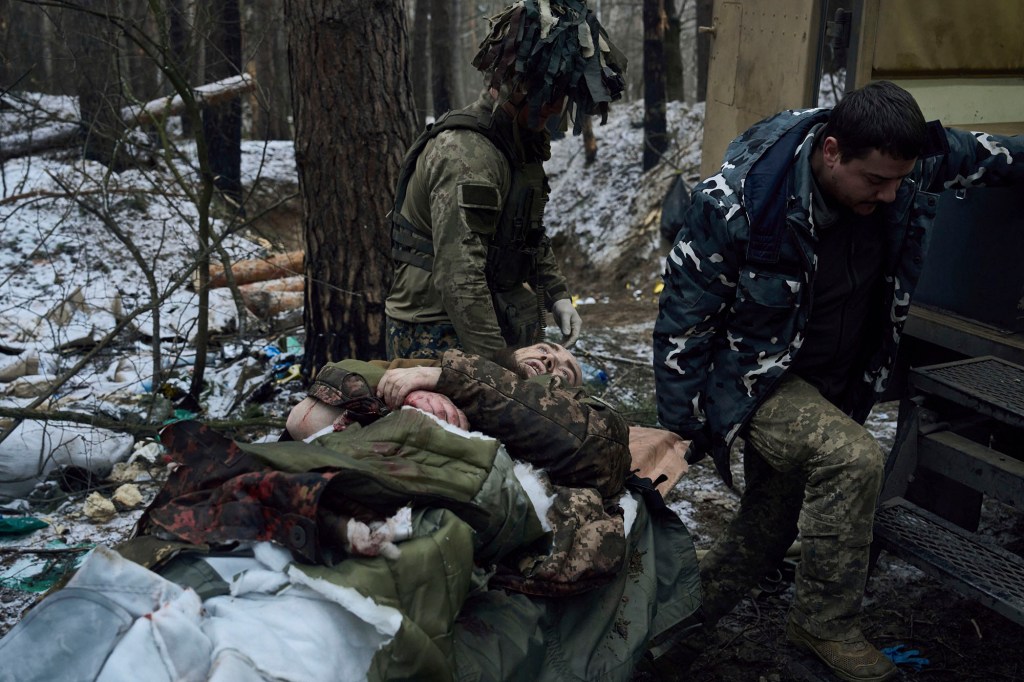 Military medics carry a soldier wounded in a battle to an evacuation vehicle near Kremenna in the Luhansk region, Ukraine, Monday, Jan. 16, 2023.AP 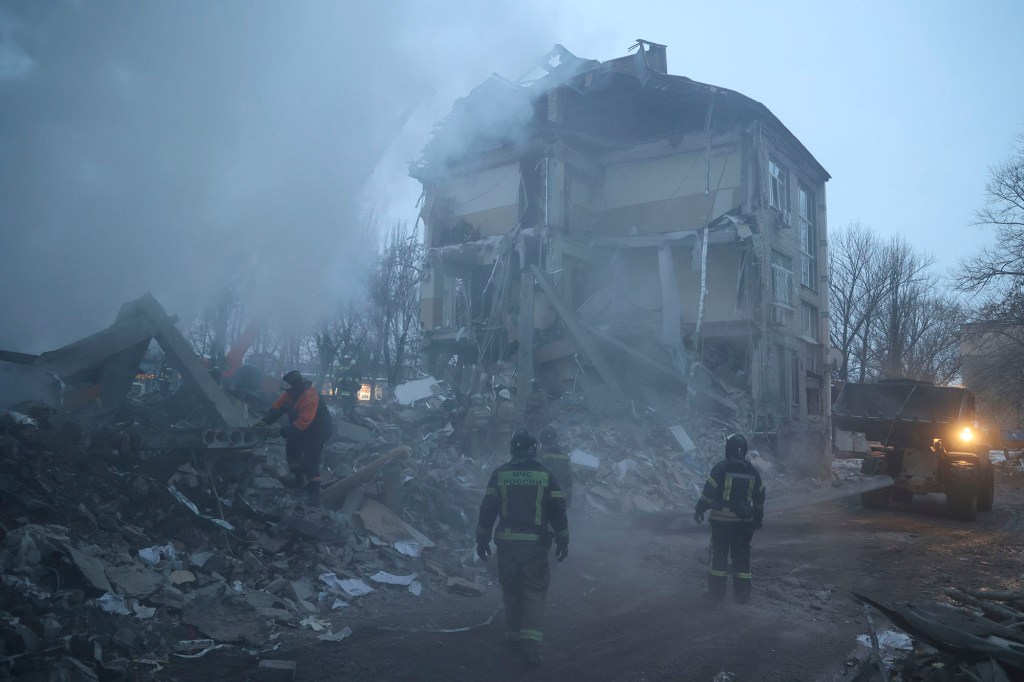 Smoke rises as Donetsk’s emergency employees work at a site of a shopping center.AP

Since the beginning of Russia’s invasion of its neighbor in February, the Kremlin has rattled its nuclear saber in an effort to discourage Western intervention. Medvedev’s comment, however, is the first time Moscow has admitted the possibility of defeat.

“It absolutely does not mean that,” Peskov said.

Russia’s longstanding doctrine allows for the use of nuclear weapons after “aggression against the Russian Federation with conventional weapons when the very existence of the state is threatened,” Peskov said.