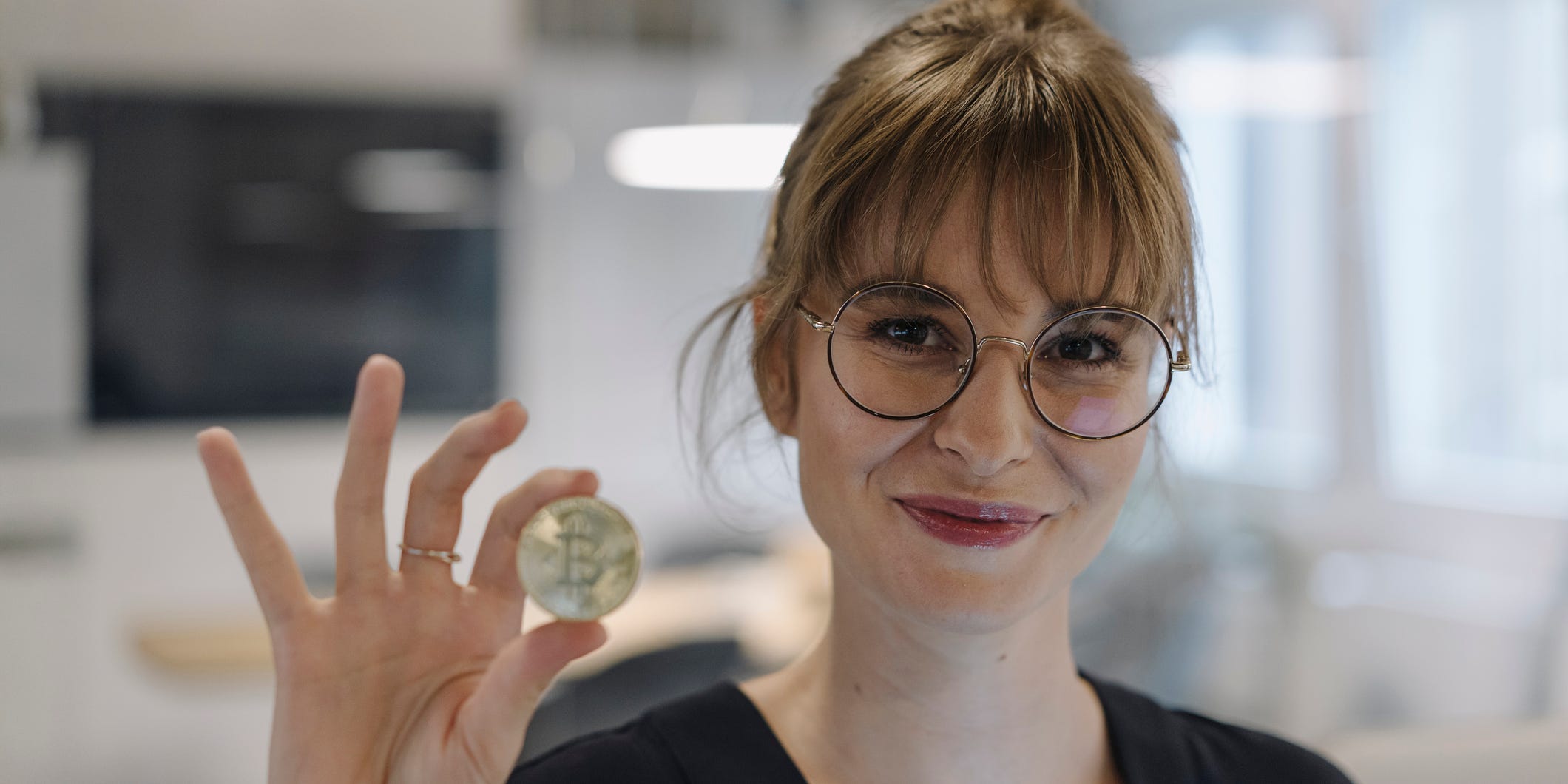 Cryptocurrencies have driven up in the ranks of financial assets held by women, an eToro survey shows, with a jump in ownership in 2022 taking place despite a sharp downturn in the market.

Crypto has become the second most widely owned asset class for women, running just behind cash, the trading platform said this week in its Retail Investor Beat survey.

In the fourth quarter, 34% of women owned crypto, up from 29% in the third quarter. The increase in the pace of ownership was faster than that of men, as their rate edged up to 43% from 42%.

Crypto appears to be “succeeding where traditional financial markets have sometimes failed in bringing more women to the table,” Ben Laidler, global market strategist at eToro, said in the report.

Women ramped up their holdings of digital assets during a so-called crypto winter that saw prices sinking for bitcoin, ether, and other digital coins. Bitcoin’s valuation dropped by more than 60% last year, and the market’s overall market capitalization fell below its high point of $3 trillion in November 2021 to below $1 trillion now.

The market ran into macroeconomic turbulence and a number of blow-ups in the crypto world, including the implosion of FTX.

Still, women were part of a broader increase in the proportion of retail investors owning crypto. Overall, crypto was held by 39% of retail investors in the final quarter of 2022, up from 36% in the third quarter, even as it was last year’s worst-performing asset class, eToro said.

“It’s important to emphasise that retail investors are overwhelmingly long-term, with 63% holding onto investments for years or decades and just 4% holding them for days,” said Laidler. “Time is on their side in most cases and for many, the brutal tech valuation and expectations reset may set up for better returns ahead.”

EToro said 10,000 retail investors were surveyed across 13 countries between December 14 and 24. 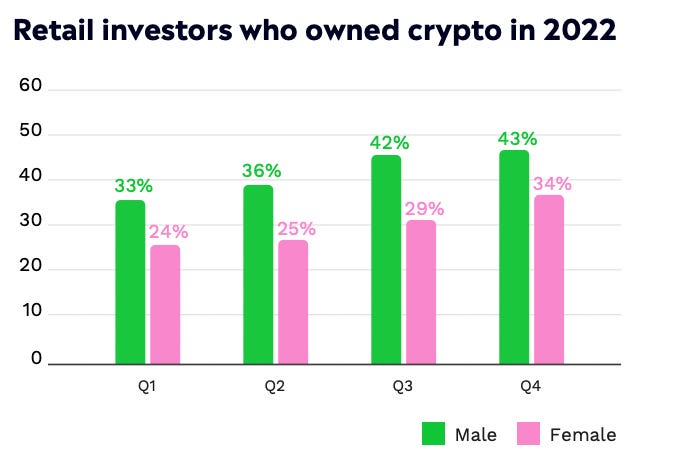 Percentage of crypto held by women and men in 2022.