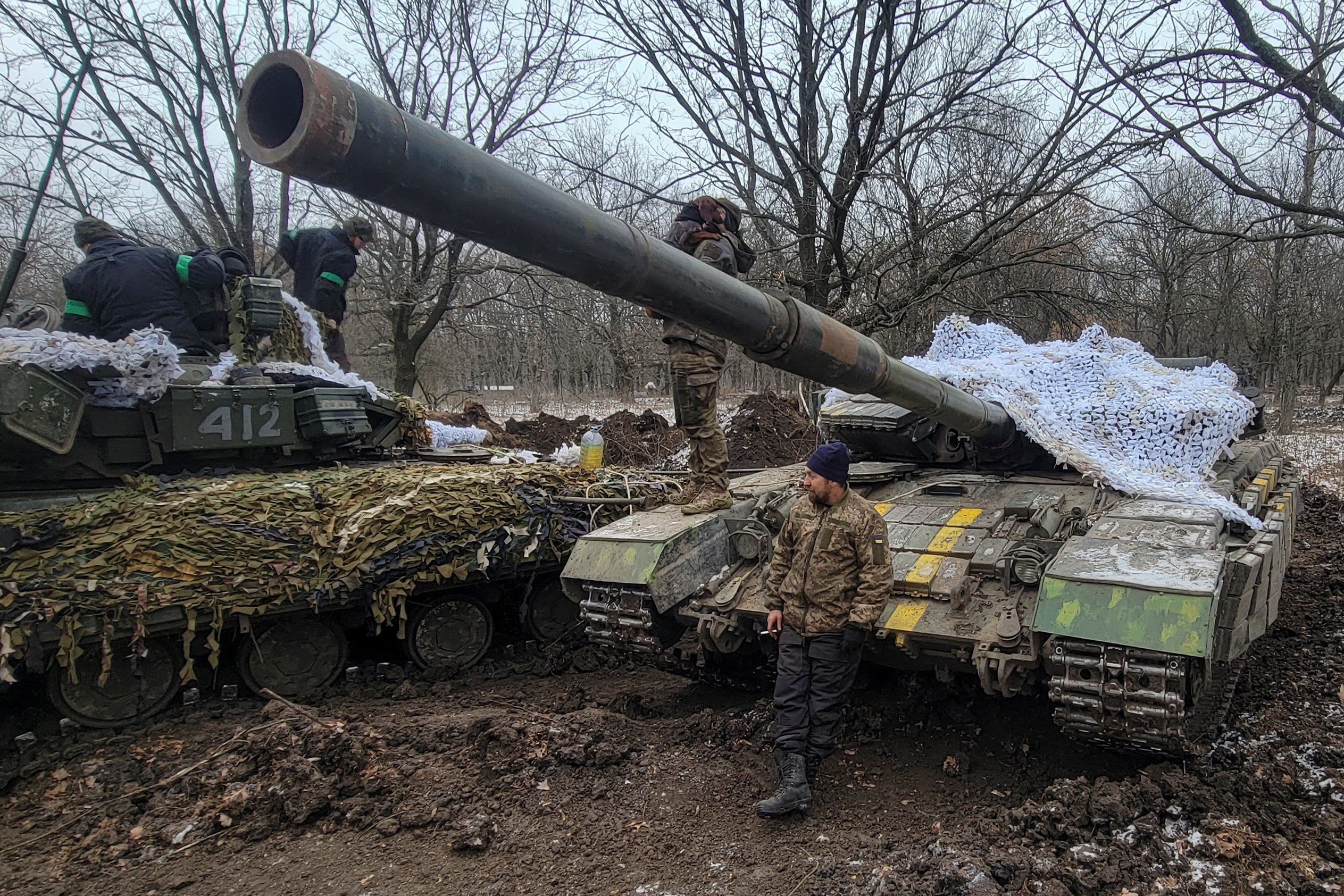 Ukrainian servicemen stand on their tanks near the frontline town of Bakhmut, amid Russia’s attack on Ukraine, in Donetsk region, Ukraine January 13, 2023. REUTERS/Vladyslav Smilianets

Kyiv urged Western allies on Thursday to hurry up and supply tanks and air defence systems, saying Ukraine was paying in lives for the slow pace of discussions in foreign capitals.

“We have no time, the world does not have this time,” said Andriy Yermak, head of the Ukrainian presidential administration, wrote on the Telegram messaging app.

Western allies meet at the Ramstein Air Base in Germany on Friday with the focus on whether Berlin will allow its Leopard 2 battle tanks to be supplied to Kyiv to help drive out Russian forces.

Fearing winter will give Russian forces time to regroup and launch a major attack, Ukraine is pushing for Leopard battle tanks, which are held by an array of NATO nations, but whose transfer to Ukraine requires Germany’s approval.

“The question of tanks for Ukraine must be closed as soon as possible. Just like the questions of additional air defence systems,” Yermak said in his statement.

“We are paying for the slowness with the lives of our Ukrainian people. It shouldn’t be like that.”

Germany has said it does not want to act alone on supplies of weapons to Ukraine. A German government source said Berlin would lift its objections if Washington sends Abrams tanks.

President Volodymyr Zelenskiy made thinly disguised criticism of Germany on Thursday for its stance on tanks.

“‘I am powerful in Europe, I will help if someone else outside of Europe will also help.’ It seems to me that this is not a very correct strategy,” he said.

Speaking remotely at the World Economic Forum, he said frontline fighting had slowed, not only because of bad winter weather but also because of Kyiv’s strength on the battlefield.

Almost 11 months since Russia invaded its neighbour, Moscow’s forces hold swathes of Ukraine’s east and south. The battlefield momentum has been with Kyiv for months, but Moscow has expended huge resources to try to advance in the east.

Ukraine, in a joint foreign and defence ministry statement, said the Kremlin was determined to escalate hostilities to revive its faltering invasion and that the threat of a new full-scale offensive by Russian forces was “very real”.

The statement acknowledged that the Kremlin retained a “substantial quantitative advantage in troops, weapons and military equipment” over Ukraine.

This week, Britain raised the pressure on Germany by becoming the first Western country to send Western tanks, a decision that Kyiv said it welcomed.