Serbia and Russia are experiencing rare tensions over the war in nearby Ukraine, with the Serbian government on Tuesday issuing a formal request for Moscow to halt all attempts to recruit Serbs to fight in the Ukraine conflict.

The controversy centers on the Wagner private military firm, which has reportedly expanded its recruitment efforts inside Serbia. The St. Petersburg-based mercenary firm reportedly has direct ties with President Putin, and has been accused of acting with impunity in Ukraine. 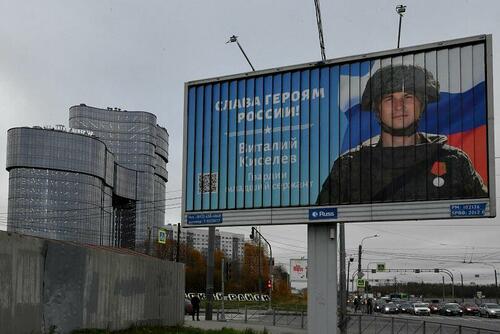 It’s long been illegal in Serbia for any of its citizens to go off and fight in a foreign conflict, with Serbian Defense Minister Milos Vucevic recently reiterating in light of the Ukraine war that “this will result in legal consequences.”

“Why do you, from Wagner, call anyone from Serbia when you know that it is against our laws?” Serbian President Aleksandar Vucic said in a TV broadcast, stressing Wagner must end its activities.

Vucic also called out the noticeable uptick in online and social media material being circulated by Wagner and Russian state media in the Serbian language.

Reportedly, Serbian volunteers who are being trained in Zaporizhzhia as part of a Russian volunteer battalion.https://t.co/5BZBPAAOfZ pic.twitter.com/veoZ6fWqcb

Wagner likely sees Serbia as fertile recruitment ground, given there have been sporadic large-scale pro-Russia protests in major Serbian cities related to events in Ukraine of late. The two countries also have predominantly Orthodox Christian populations which also unite the two in their Slavic culture and identities.

Despite broad swathes of the Serbian population generally being Russia-sympathetic, Serbian President Vucic this week stressed that he sees the “EU path” as the only one for Serbia, while also expressing support for Ukraine and efforts to regain its territory, including in Crimea.

Both also despise NATO, given in Serbia’s case the 1999 NATO bombing of Belgrade and the war which resulted in Kosovo being carved out of Serbia as an independent state recognized as such by the US and West.