The chances of a “soft landing” for the U.S. economy, where inflation declines without major job losses, appear to be growing, Federal Reserve Vice Chair Lael Brainard said on Thursday, and the central bank is now “probing” for the right level of rates to control inflation without tanking employment.

“Inflation has been declining over the past several months against a backdrop of moderate growth,” Brainard said at the University of Chicago’s Booth School of Business, noting a “significant weakening in the manufacturing sector,” a moderation in consumer spending, and other data pointing to now “subdued growth” in 2023.

The slowdown is, for the most part, welcome. The Fed raised its benchmark overnight interest rate rapidly last year, from near-zero in March to the current 4.25%-4.50% range, to restrain inflation that climbed to 40-year highs.

That aggressive policy tightening is beginning to slow demand as intended, Brainard said, but the full impact is yet to come.

“We’re now in restrictive territory, and we are probing for the sufficiently restrictive level” to be confident that inflation is headed back down to the Fed’s 2% target, Brainard said.

Brainard’s remarks, among the last from a Fed policymaker before the Saturday start of an official quiet period ahead of the central bank’s next rate-setting meeting on Jan. 31-Feb. 1, did not give any explicit guidance on how high she feels interest-rates may ultimately need to go.

In December, Fed policymakers as a group signaled the policy rate will need to rise to at least 5.1%; financial markets, meanwhile, are pricing for the Fed to stop just short of 5%.

But she did appear to ratify market expectations for the Fed’s upcoming rate hike to be a quarter-of-a-percentage-point, a downshift from December’s half-point rate hike and from the four 75-basis-point rate hikes that preceded.

The “logic” that drove the Fed to slow its rate-hike pace in December, in order to have more time to assess the impact of policy, “is very applicable today,” Brainard said.

“I anticipate the need for further rate increases, likely to just above 5%, and then holding rates at that level for some time,” Collins told a conference organized by the Boston Fed, echoing a near-unanimous sentiment expressed by her rate-setting colleagues in recent weeks.

Brainard similarly, though less directly, called out the potential risk to the labor market as rates increasingly restrict the economy, a shift from last year when fighting inflation was the Fed’s clear priority.

“Now we’re in an environment where we’re balancing risks on both sides,” she said.

She also pointed to trends in prices, wages and margins that indicated inflation, which by the Fed’s preferred measure is running at almost three times its 2% target, was slowing and could well continue doing so.

“Recent data suggests slightly better prospects that we could see continued disinflation in the context of moderate growth,” Brainard said. Still, she said, “it is a very uncertain environment and you can’t rule out worse trade-offs.”

Even as the Fed parses the progress it has made on inflation, she said it would “stay the course.”

“Even with the recent moderation, inflation remains high, and policy will need to be sufficiently restrictive for some time to make sure inflation returns to 2% on a sustained basis,” Brainard said. 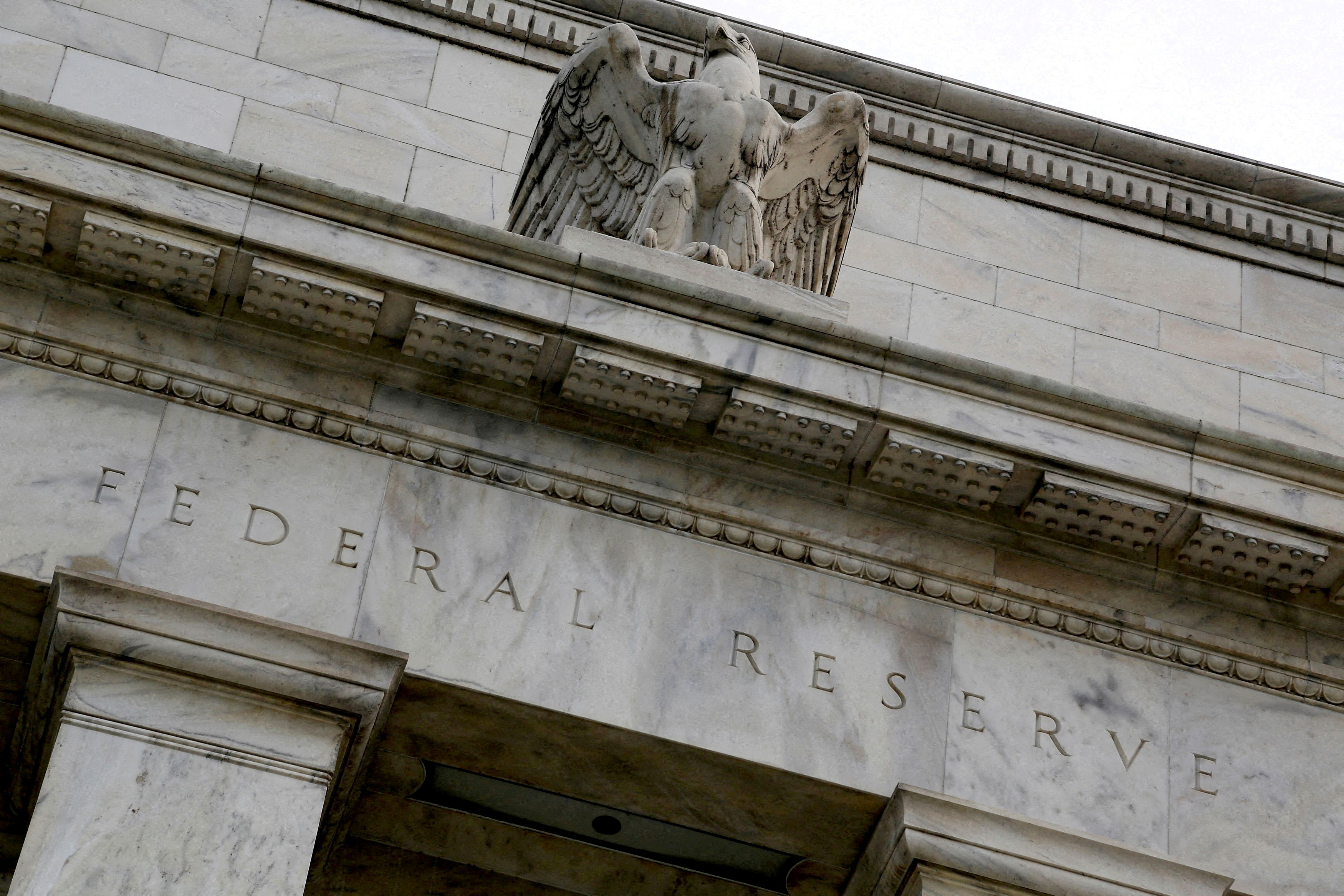 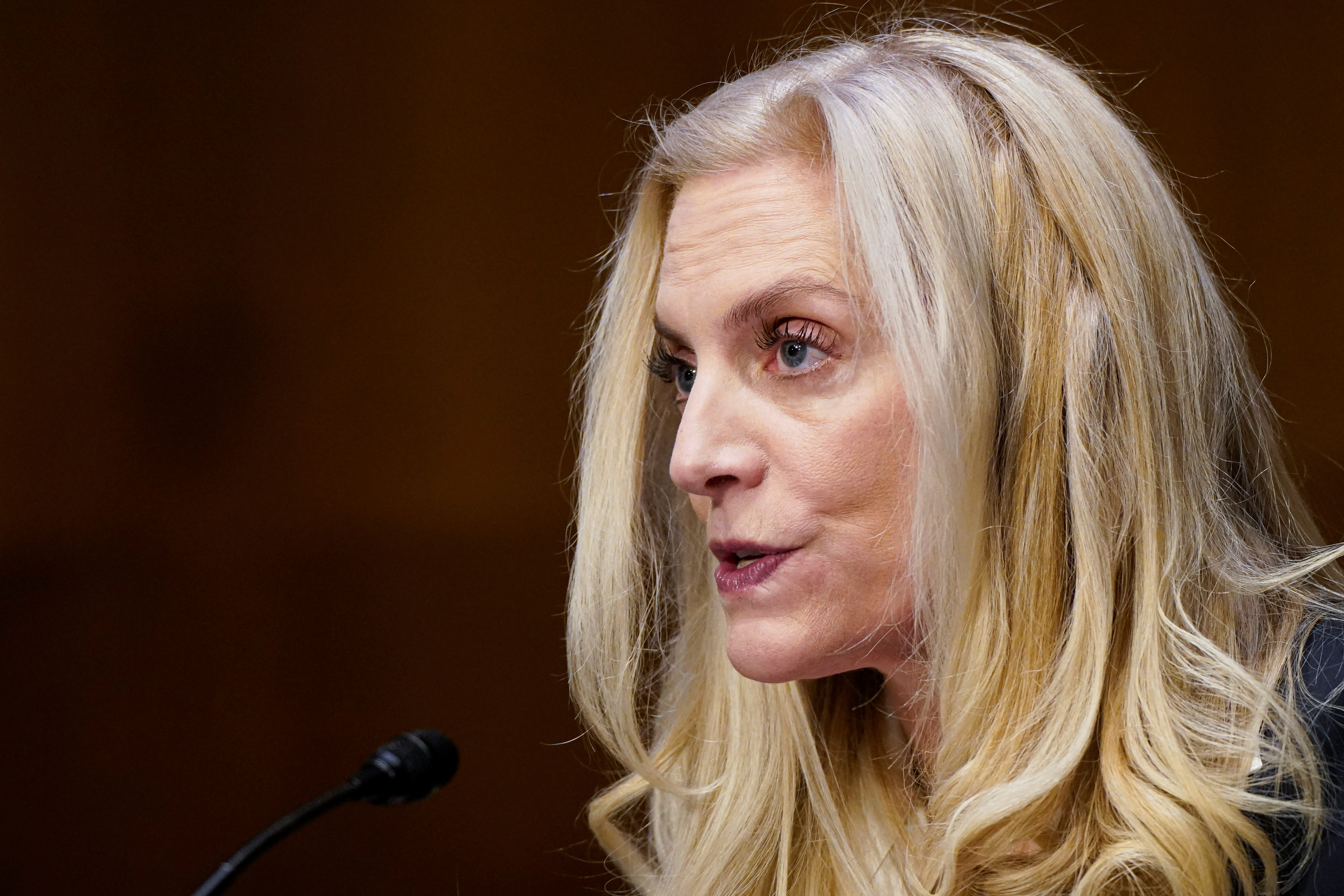 Federal Reserve Board Governor Lael Brainard testifies before a Senate Banking Committee hearing on her nomination to be vice chair of the Federal Reserve, on Capitol Hill in Washington, U.S., January 13, 2022. REUTERS/Elizabeth Frantz