U.S. President Joe Biden emphasized the role of global warming in natural disasters on Thursday as he toured areas of California hard hit by three weeks of deadly “atmospheric river” storms that inflicted widespread flooding, felled trees and mudslides in a state long plagued by drought and wildfires.

“If anybody doubts that the climate is changing, then they must have been asleep during the last couple of years,” Biden said at Seacliff State Beach along the Santa Cruz coastline, where a crumpled pier stood as testament to the destructive force of the recent storms.

The president, traveling with the head of the Federal Emergency Management Agency (FEMA), Deanne Criswell, landed at Moffett Federal Airfield in Santa Clara County, south of San Francisco, and was greeted by Governor Gavin Newsom and other officials.

Biden then flew by helicopter over other storm-stricken locations in Santa Cruz County, where flash floods, pounding surf and runoff from local mountains had forced thousands of residents to evacuate from low-lying communities.

He also paid a personal visit with residents and business owners along the waterfront in Capitola, where the picturesque coastal enclave’s wharf lay in ruins, then stopped in nearby Seacliff for brief remarks promising that FEMA teams would stay “until it’s all fixed and done.”

Earlier this week Biden signed a major disaster declaration authorizing federal recovery aid for several northern and central California counties. He said nearly 150,000 people were under evacuation orders at the peak of the winter storm crisis, and that some 1,400 remained displaced as of Thursday.

Criswell told reporters aboard Air Force One to California that early estimates put property damage at several hundred million dollars statewide, a figure that was expected to rise as further assessments are made.

“California has really experienced some unprecedented storms,” she said.

At least 20 deaths have been attributed to a three-week barrage of nine storms classified as atmospheric rivers – massive airborne currents of dense moisture funneled in from the Pacific and powered by sprawling low-pressure systems churning offshore.

Experts say the growing frequency and intensity of such storms, punctuating extreme drought, are symptoms of climate change and make it more difficult to manage California’s precious water supplies while minimizing heightened risks of floods and wildfires.

Torrential downpours triggered widespread flooding as well as hundreds of mudslides, rockfalls and sinkholes across the state, swallowing cars, forcing road closures and even disrupting rail travel. Several people died in flooding caused by breached levees along the Cosumnes River south of the state capital, Sacramento, during the first wave of the storms.

Landslide hazards mounted by the week from repeated saturation, with much of the damage greatest in areas below hillsides and canyon slopes that past wildfires had stripped of vegetation and left unstable.

The onslaught of showers, and heavy snow in the mountains, was accompanied by gale-force winds that drove pounding surf into coastal areas, washing out seaside roads and docks and uprooting thousands of drought-weakened trees in rain-soaked soil.

The high winds wreaked havoc on the state’s power grid, knocking out electricity to as many as 200,000 Californians at some point during the storms.

Although highly damaging, the storms eased a historic four-year dry spell in California, replenishing some badly depleted reservoirs and the Sierra Nevada snowpack, a critical source of fresh water for the state.

But experts have warned that most of California remains under moderate or severe drought conditions with no assurance that there will be enough precipitation over the remainder of the winter to sustain drought relief. 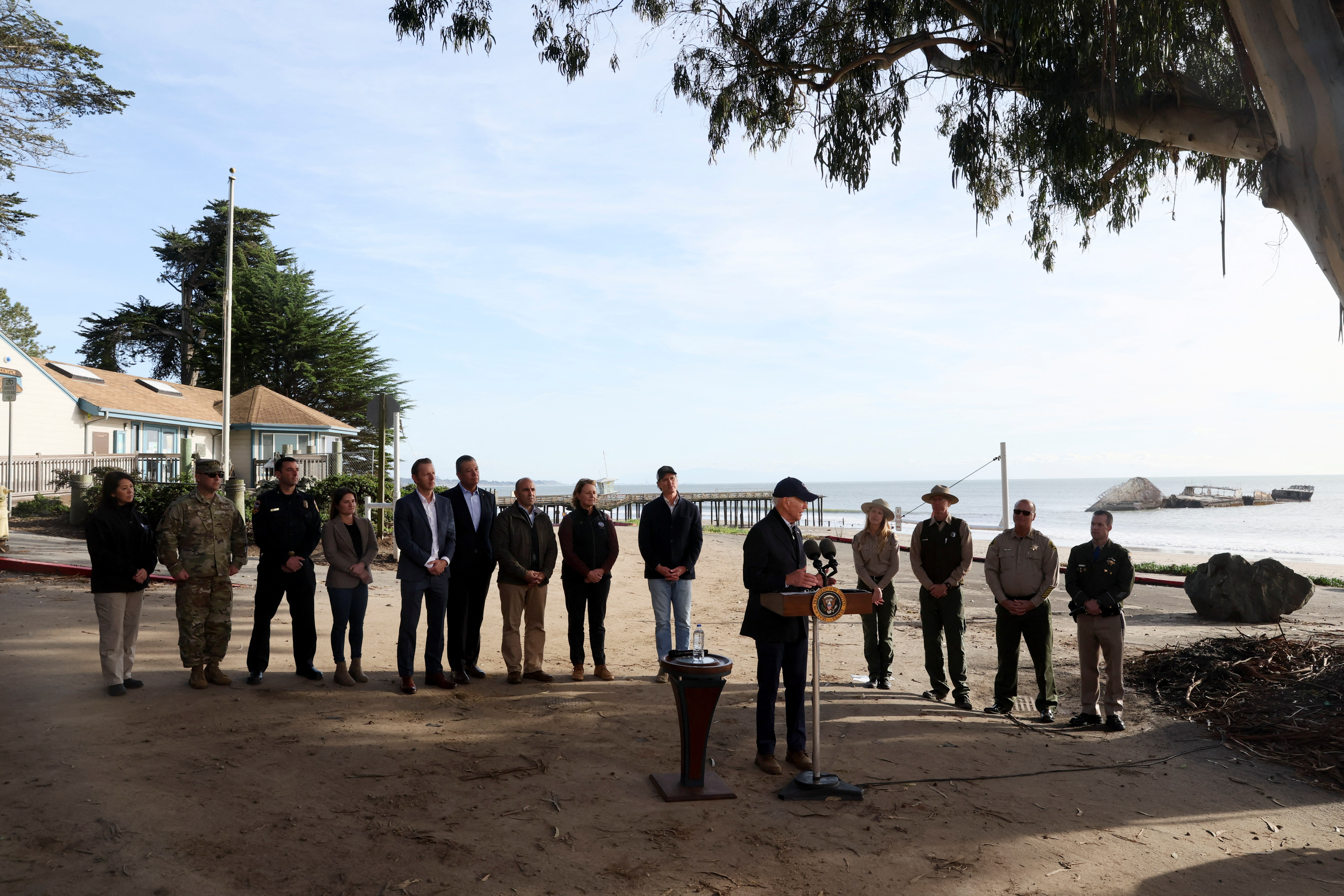 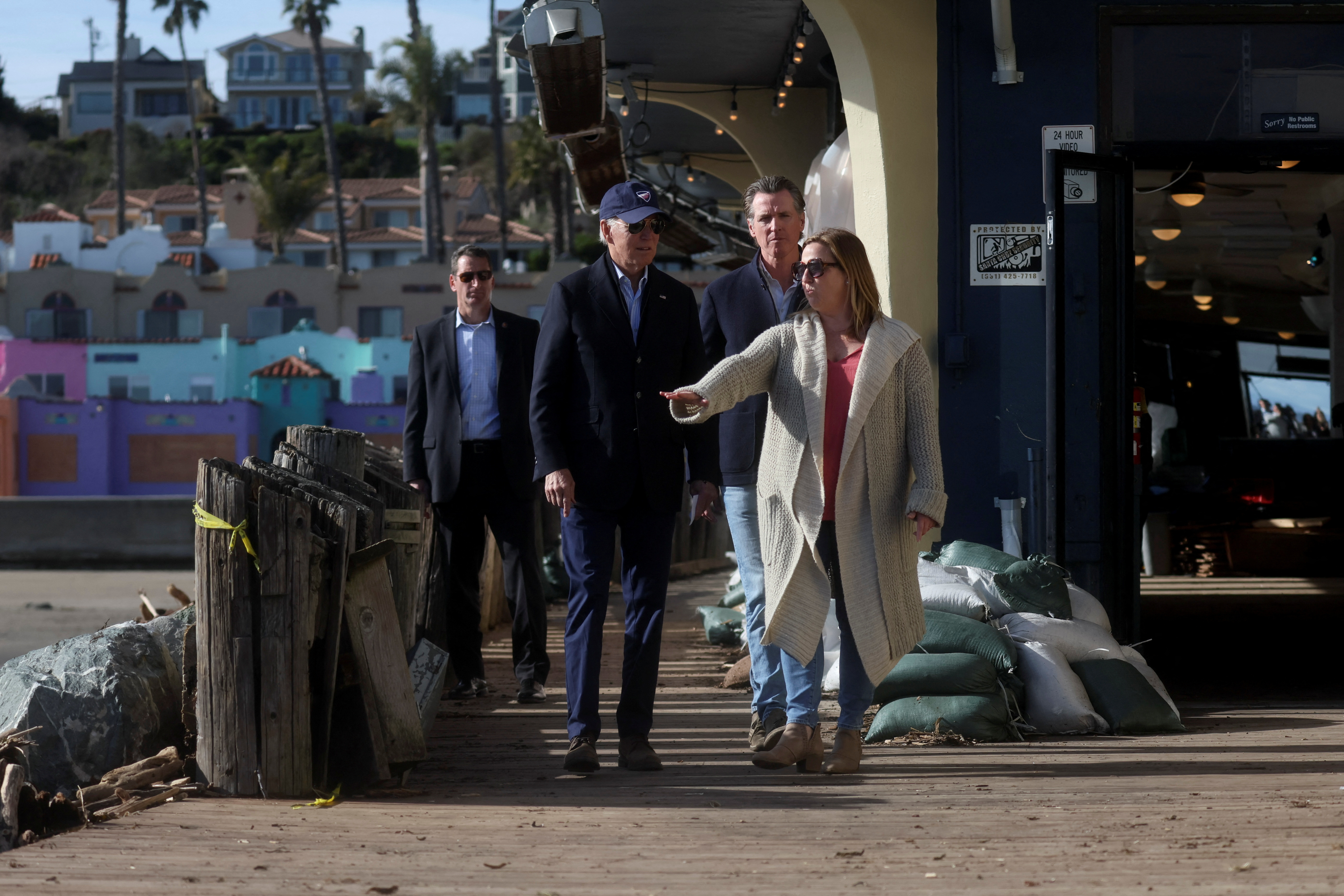 U.S. President Joe Biden talks to Jill Ealy from Zelda’s On the Beach, as he visits a storm-damaged pier in Capitola, California, U.S., January 19, 2023. REUTERS/Leah Mills 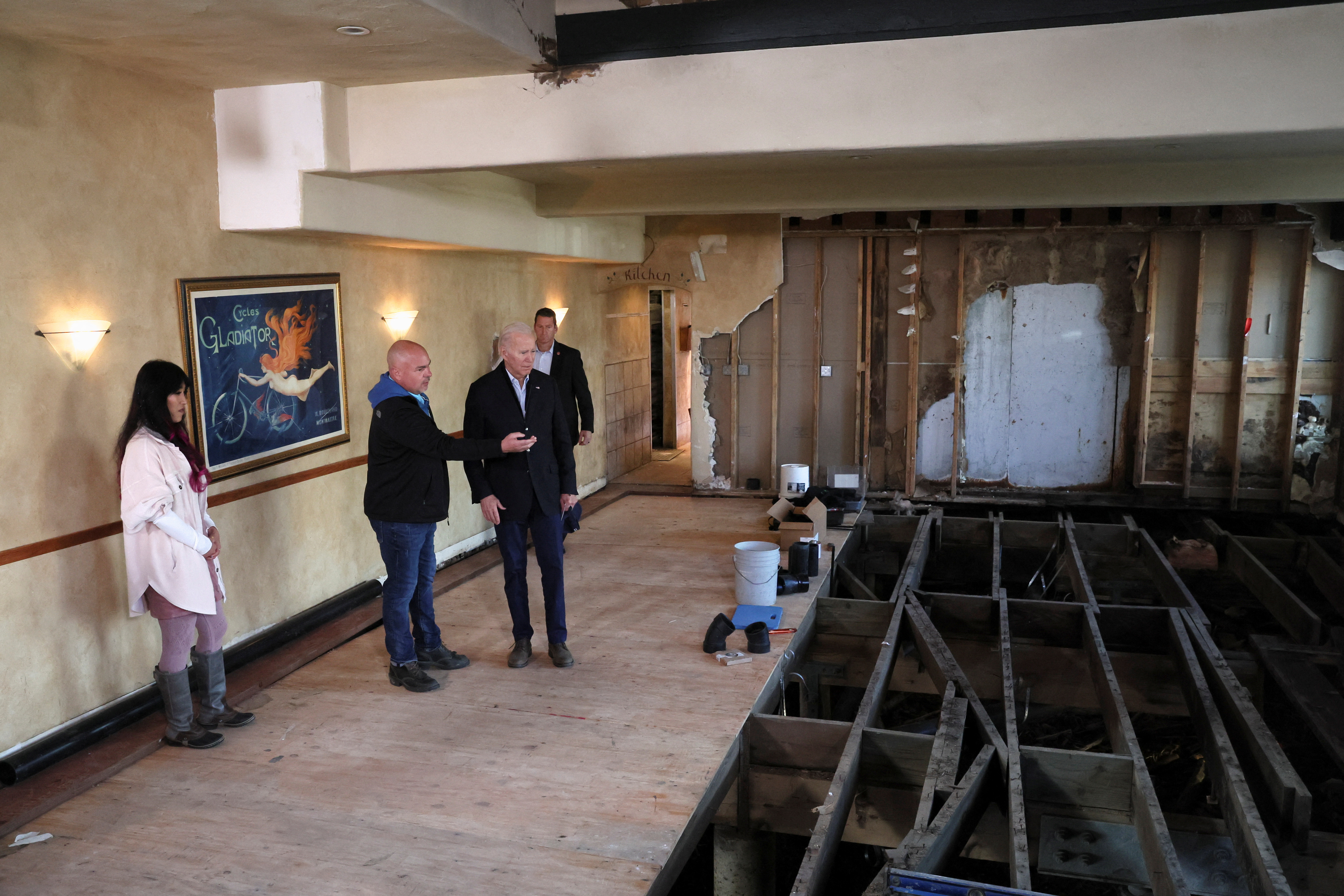 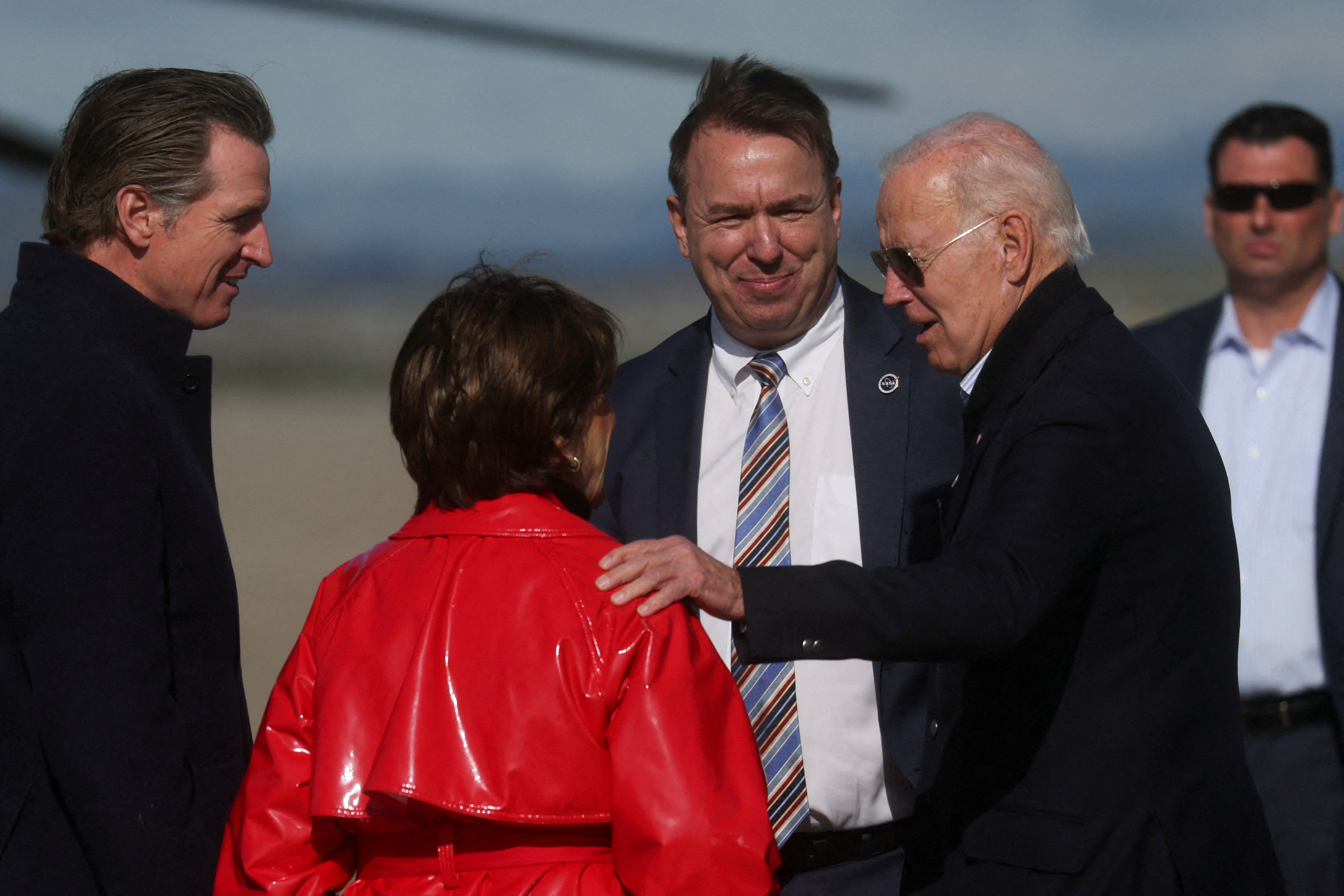 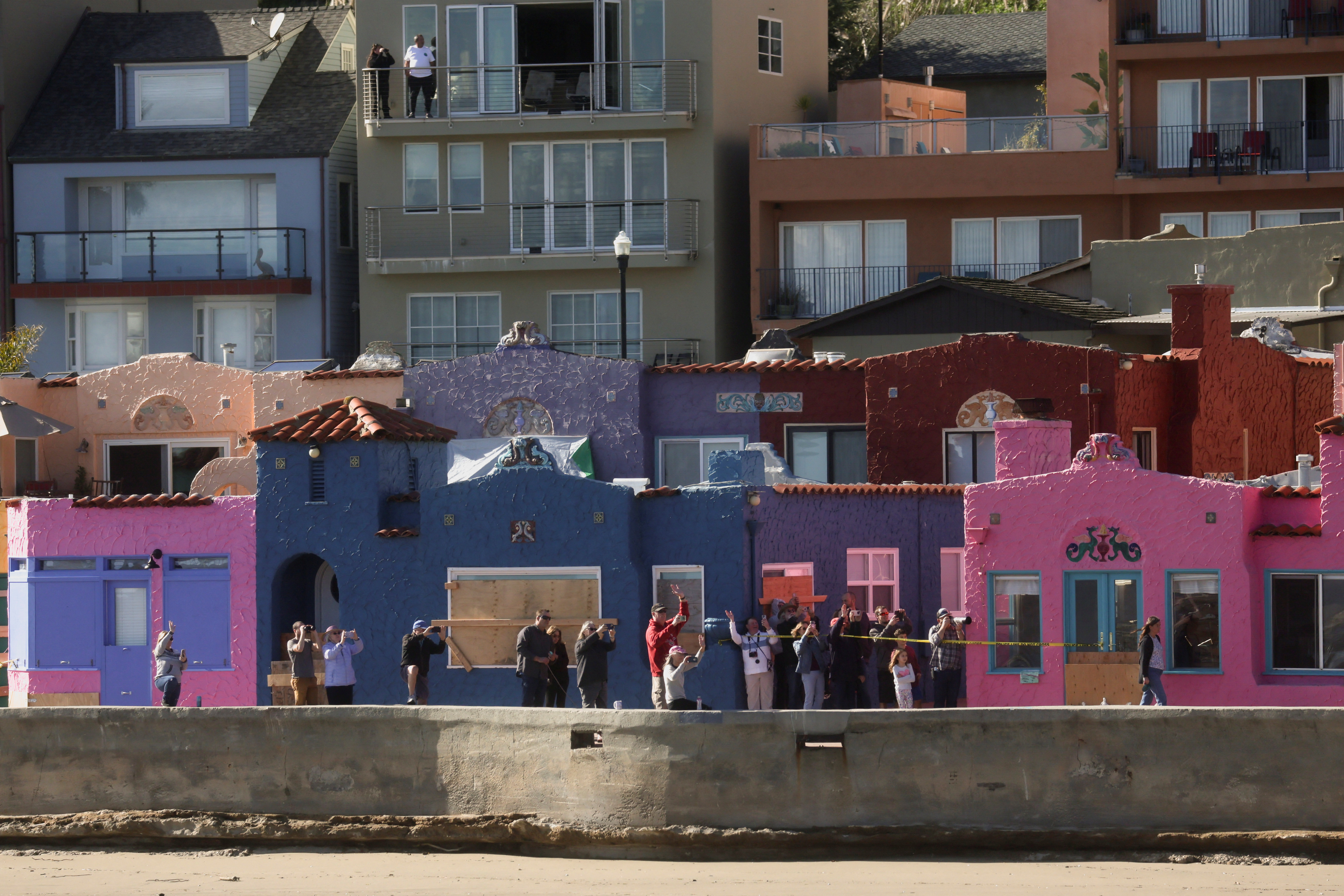 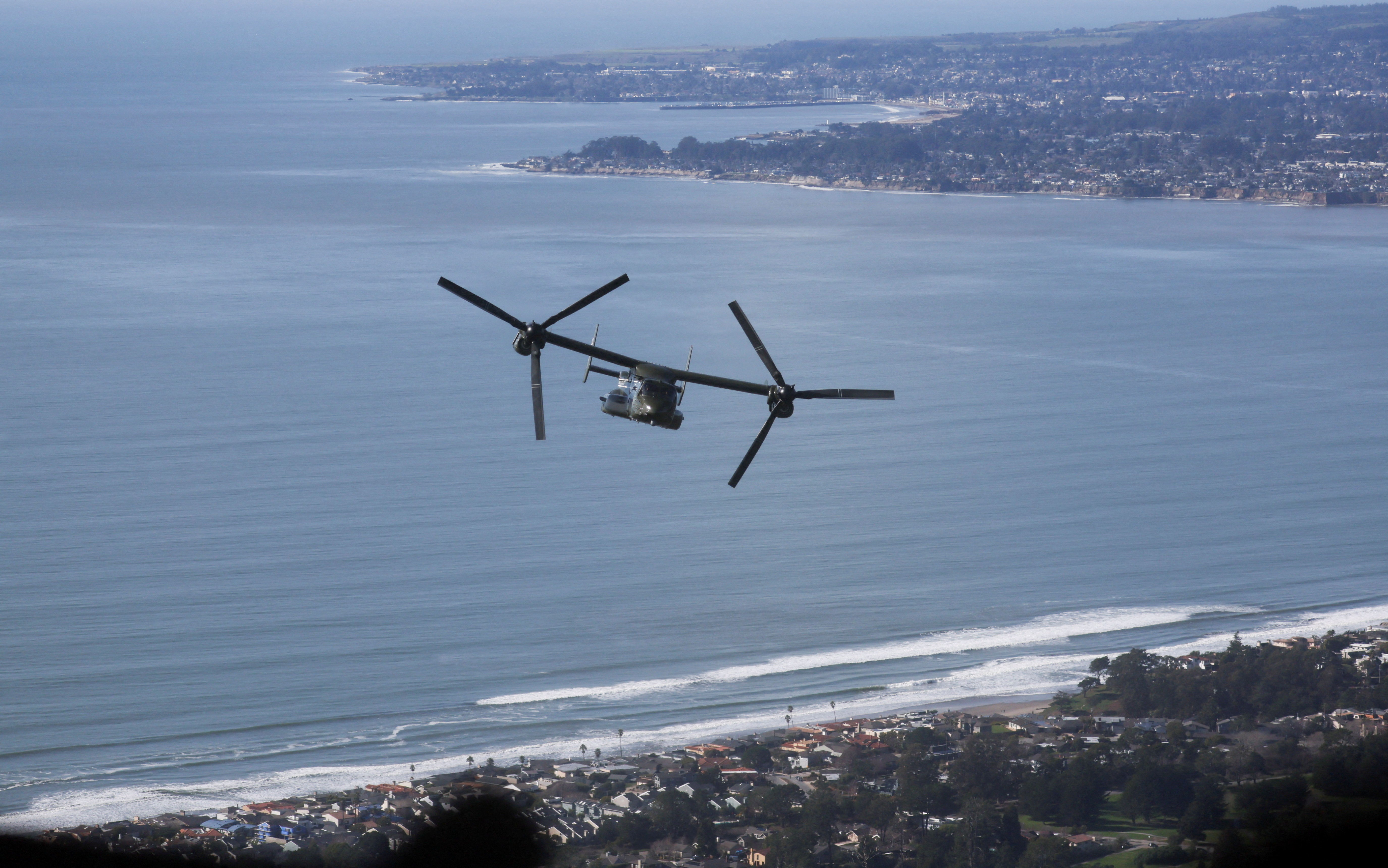 An osprey, carrying staff ahead of Marine One, flies away after surveying storm-damaged areas of California’s central coast, in Mountain View, California, U.S., January 19, 2023. REUTERS/Leah Millis 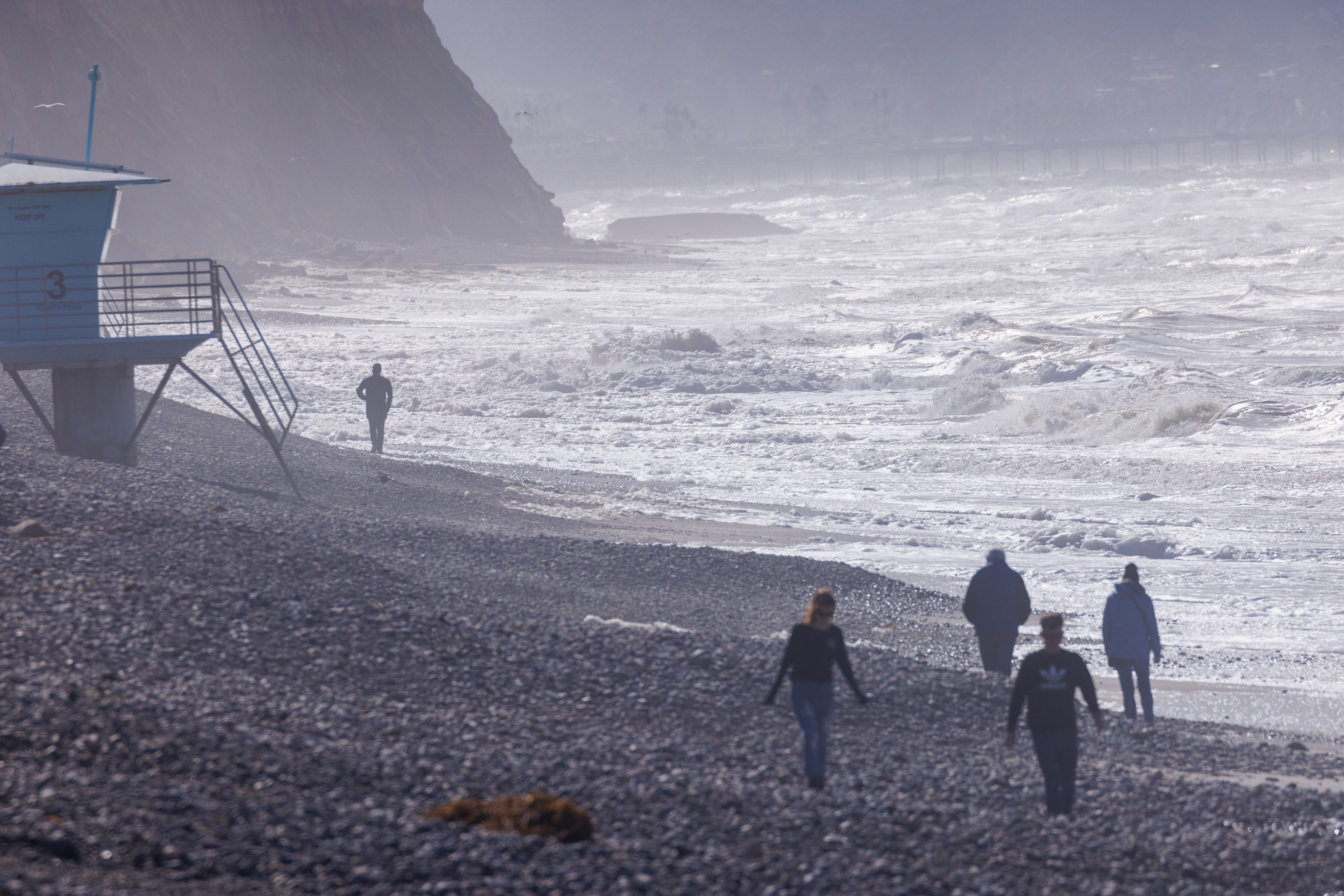 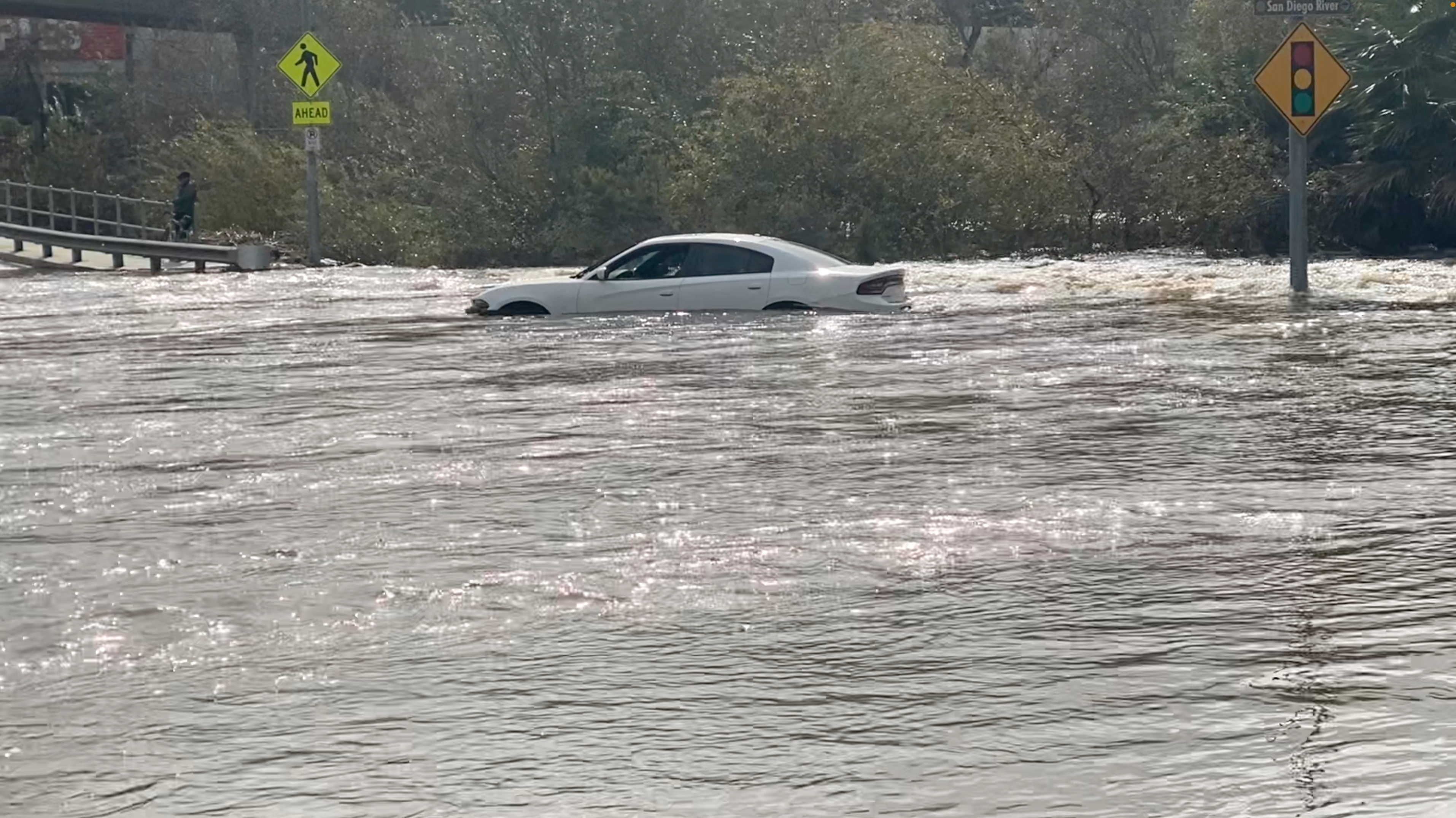 A car is stranded in a flooded street in San Diego, California, U.S., January 16, 2023 in this screen grab obtained from a social media video. Sohnee/via REUTERS 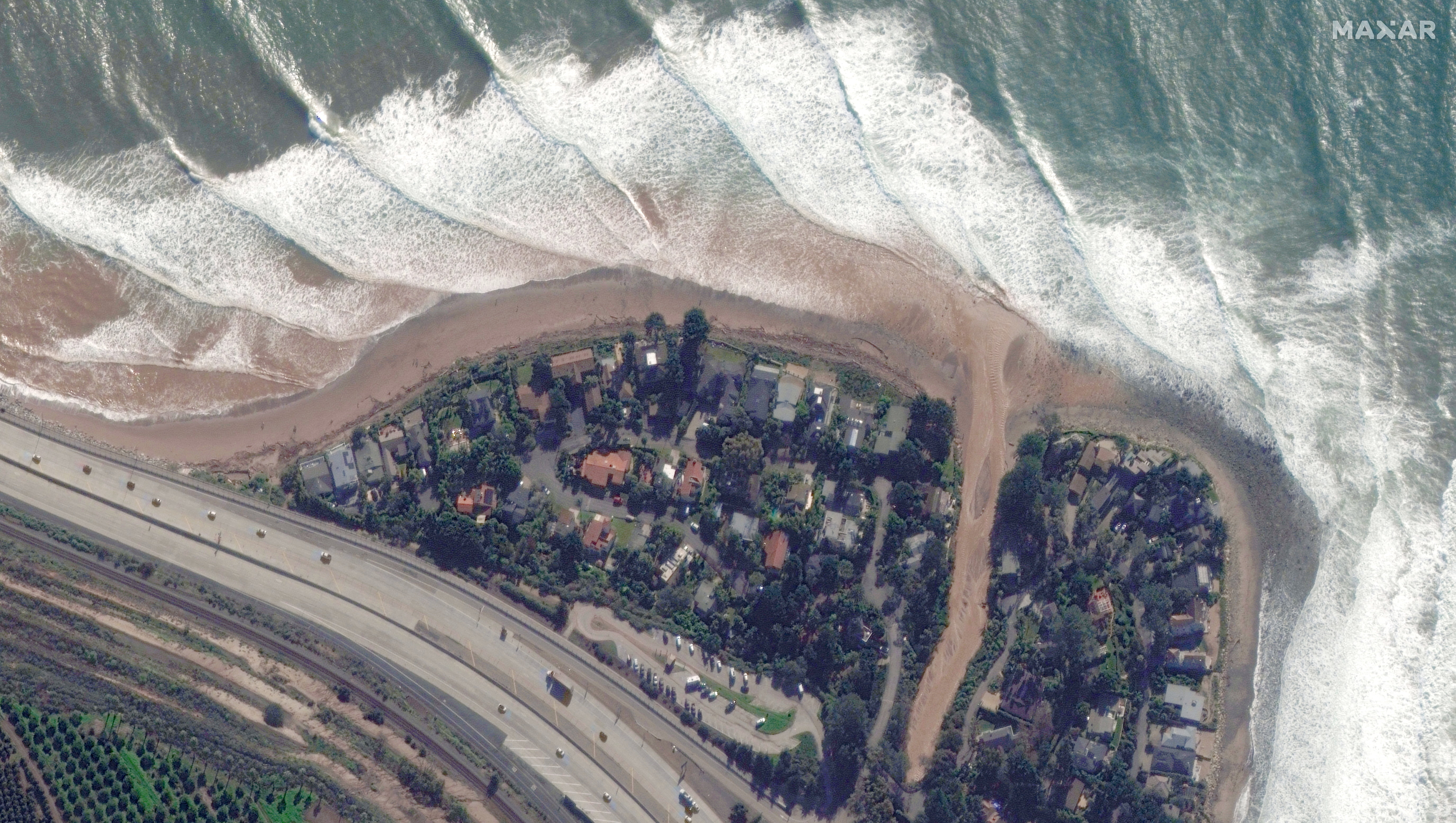