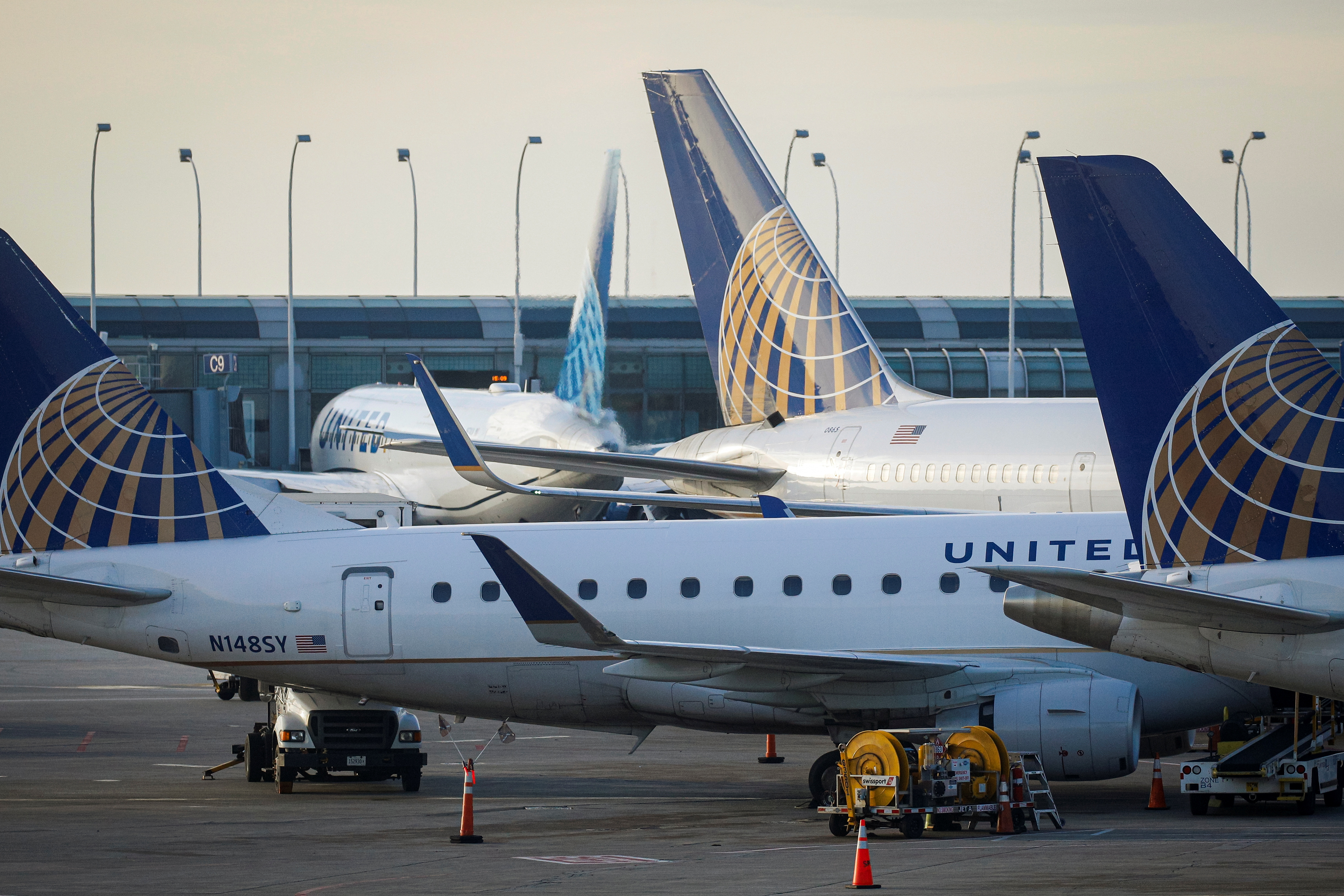 United Airlines planes are parked at their gates at O’Hare International Airport ahead of the Thanksgiving holiday in Chicago, Illinois, U.S., November 20, 2021. REUTERS/Brendan McDermid

U.S. airlines on the back of strong financial results remain upbeat about travel demand, even as economists and analysts say the risk of an economic recession has gone up.

Carriers are enjoying the strongest travel demand since the start of the COVID-19 pandemic, boosted by reopening of closed borders, a strong U.S. dollar and rising corporate travel.

While recession fears have sparked concerns about consumer spending, airline executives say travel demand is not likely to wane any time soon.

They also point to staffing and aircraft shortages across the industry, which are expected to persist and limit capacity growth, underpinning the pricing power carriers are currently enjoying.

“The supply-demand dynamics are different than they’ve ever been in my career,” United Chief Executive Scott Kirby said on a call to discuss fourth-quarter results released on Tuesday.

“I realize there’s a lot of investor skepticism on that, but every data point keeps demonstrating it over and over again.”

United forecast at least a quadrupling in profit for 2023, while Delta expects to nearly double its full-year earnings.

Booming demand has helped airlines mitigate higher fuel and labor costs through ticket price increases. But any slowdown in consumer spending would make it harder for carriers to hit their forecast targets.

Airline executives are downplaying the risk of a demand slowdown, saying the urge to travel remains strong and that the relationship between passenger revenue and broader economy is returning to pre-pandemic trend.

United estimates domestic passenger revenue used to account for about 0.5% of the country’s gross domestic product. It expects the trend to be restored this year, resulting in 15% higher revenue for the industry.

United’s Kirby last month said he had not any signs of a coming recession in booking data.

The first quarter, after the holiday travel season, tends to be the weakest season for the industry.

But Delta last week said advanced bookings for each month of the current quarter is “significantly” ahead both in passenger revenue and volume compared to 2019.

Demand for flights to Europe is also robust and expected to generate record spring and summer revenue, it said.

Spring and summer bookings are also “really strong” at United. The Chicago-based carrier expects total revenue per available seat mile, a proxy for pricing power, to be up 25% from a year ago in the current quarter.