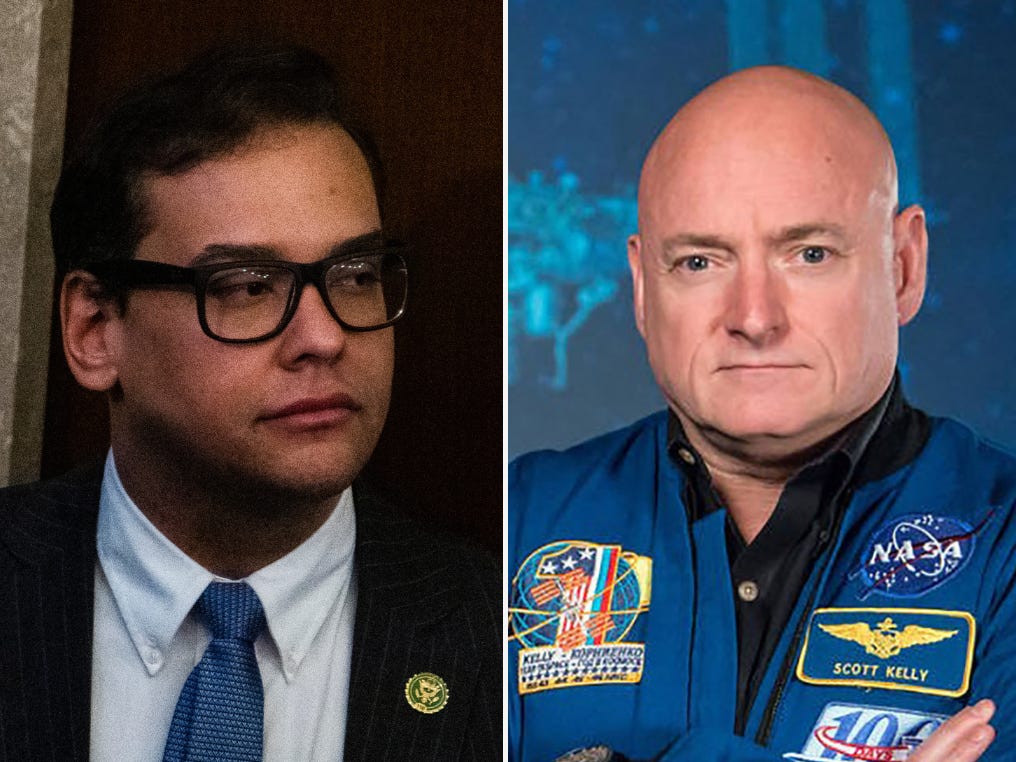 “Awesome to have former NASA astronaut and moon walker, Representative George Santos @Santos4Congress on the House Science Space and Technology Committee,” Kelly tweeted. “To infinity and beyond!”

Kelly is a retired astronaut who went to the International Space Station on three expeditions and spent a year in space. The tweet was a jab at Santos, who on Tuesday was tapped by House Republican leaders for seats on two House committees: one overseeing science, space, and technology, and another overseeing small businesses.

The tweet appeared to reference the embattled Santos’ many scandals. Santos has admitted to lying about going to university, being Jewish, and working at Goldman Sachs and Citigroup. Questions about the congressman’s real name have also been raised after he was seen introducing himself as “Anthony Devolder” in a video clip from 2019.

Santos last week did express some interest in serving on the House panel on science, space, and technology. On a January 11 episode of the podcast, “War Room: Pandemic,” Rep. Matt Gaetz asked Santos which committees he’d like to be on.

“I came to DC without really any preconceived notions of what committees to serve, but rather what I can give to the American people,” Santos said.

“Whatever committee I’m given, whether it’s I don’t know, science and technology, or education and labor, or whatever committee is thrown my way, I will deliver 110%, because that’s what I know how to do,” Santos said.

The congressman also called himself a “workhorse” during the podcast.

“I’m going to outwork any of the pundits and talking heads that are out there saying that I should resign, that I’m unfit for office,” Santos said.

Prosecutors in Long Island said on December 28 that they have opened an investigation into Santos. Long Island Republicans and the New York State GOP in January also called on Santos to resign, but Santos has refused to do so.

CNN’s Manu Raju on Tuesday spoke to the chairman of the House Small Business Committee, Rep. Roger Williams, who said it was not his “role” to condone Santos’ behavior.

“He was elected. He represents a million people,” Williams told Raju.

Representatives for Kelly and Santos did not immediately respond to Insider’s requests for comment.