German police detained climate activist Greta Thunberg at a protest Tuesday. Authorities took Thunberg into custody alongside other activists who were holding a demonstration against the expansion of a coal mine in the village of Lützerath. Video and photos show police in riot gear carrying the 20-year-old by her arms and legs.

A spokesperson for the German police said it is currently unclear what legal charges, if any, Thunberg —a former TIME Person of the Year—would be facing, Reuters reported.

Thunberg first joined thousands of protesters last week as they marched in Lützerath in western Germany in an effort to stop energy company RWE from expanding the mines and subsequently bulldozing the village. 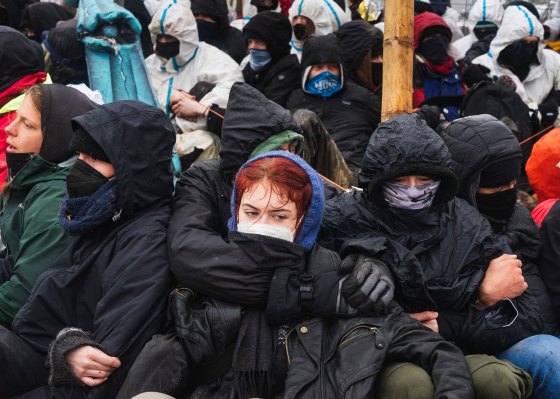 Aurelien Goubau—Hans Lucas/Red​uxClimate activists face police forces at the Garzweiler mine in Lutzerath, Germany, on Jan. 11, 2023.

“It’s very weird to see the German government, including the Green Party, make deals and compromise with companies like RWE, with fossil fuel companies, when they should rather be held accountable for all the damage and destruction they have caused,” Thunberg said Saturday. “My message to the German government is that they should stop what’s happening here immediately, stop the destruction, and ensure climate justice for everyone.”

Environmentalists argue that demolishing the village for the mine would lead to soaring greenhouse gas emissions, while the German government says it is a necessary source of energy for the country’s security. 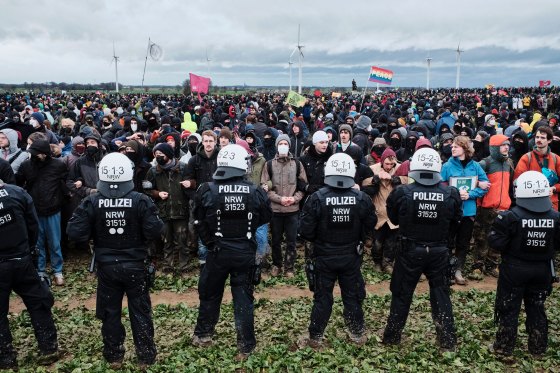 Roland Geisheimer—attenzione/Agentur Focus/ReduxProtestors demonstrate near the Garzweiler II opencast mine in Lützerath, Germany, on Jan. 14, 2023.

For about two years, protesters have occupied the village in hopes of preventing the expansion of the nearby mine, run by energy company RWE. But last week police began evicting these activists; in the first three days of trying to do so, police said about 470 people had left, the Associated Press reported.