A second Indiana judge on Friday blocked the state from enforcing its law banning most abortions after Jewish, Muslim and other non-Christian women challenged it in a lawsuit.

Marion County Superior Court Judge Heather Welch issued a preliminary injunction against the Republican-backed law, which prohibits abortions with limited exceptions for rape, incest, lethal fetal abnormalities or a serious health risk to the mother. The plaintiffs have argued that the measure infringes on religious freedom protected by another state law.

The law had already been on hold, as another judge in September blocked Indiana from enforcing it while Planned Parenthood and other healthcare providers challenge it in court.

Welch issued her injunction after a group called Hoosier Jews for Choice and five individual women challenged the abortion law under Indiana’s Religious Freedom Restoration Act in a case brought by the American Civil Liberties Union. The ACLU said the plaintiffs represented religions including Judaism and Islam as well as “independent spiritual belief systems.”

“The Court finds that S.E.A. 1 substantially burdens the religious exercise of the Plaintiffs,” Welch wrote, using the formal name of the law, in granting the plaintiffs’ motion for a preliminary injunction while the challenge to its legality proceeds.

“Although some religions believe that human life begins at conception, this is not an opinion shared by all religions or all religious people,” the ACLU said in a statement. 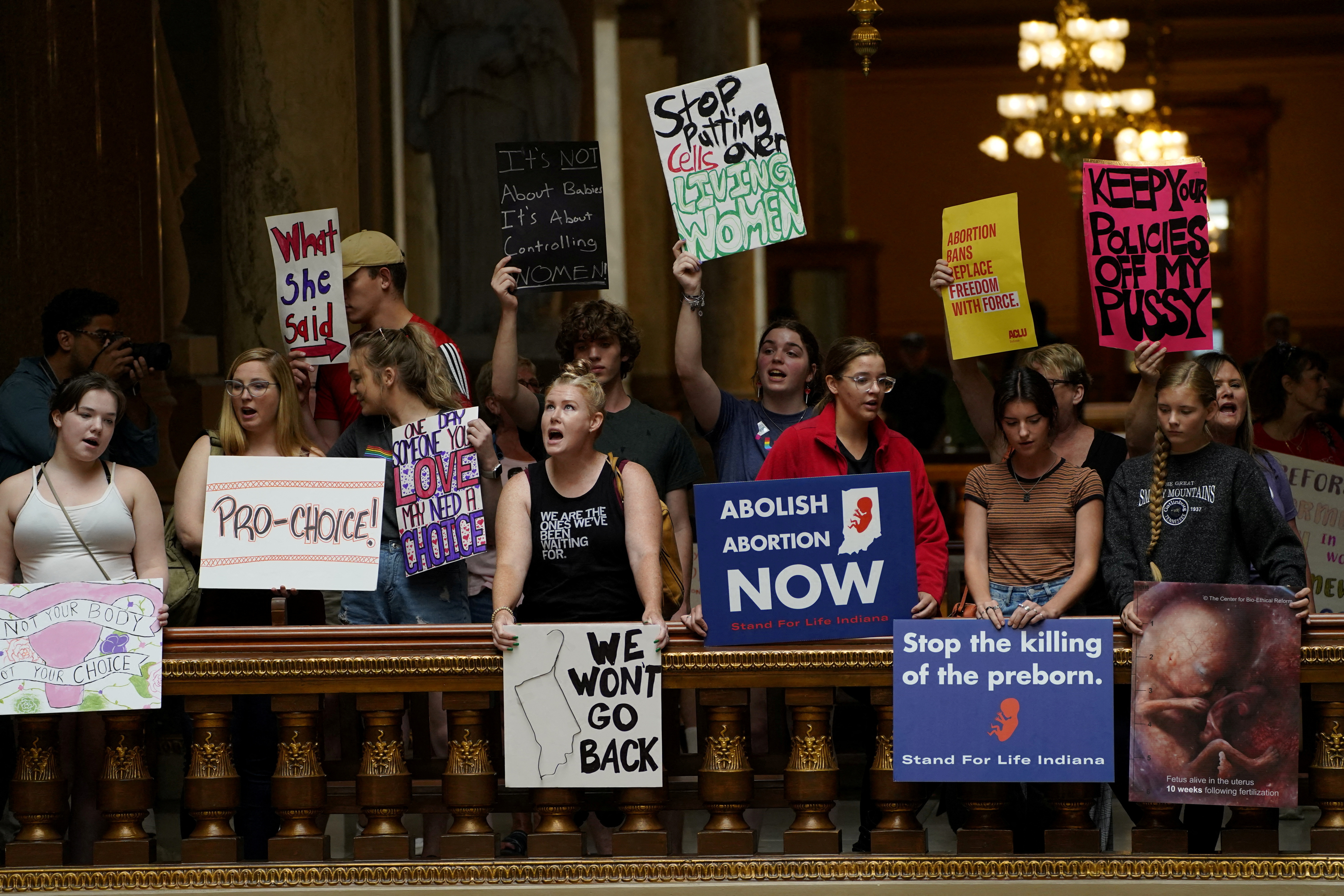 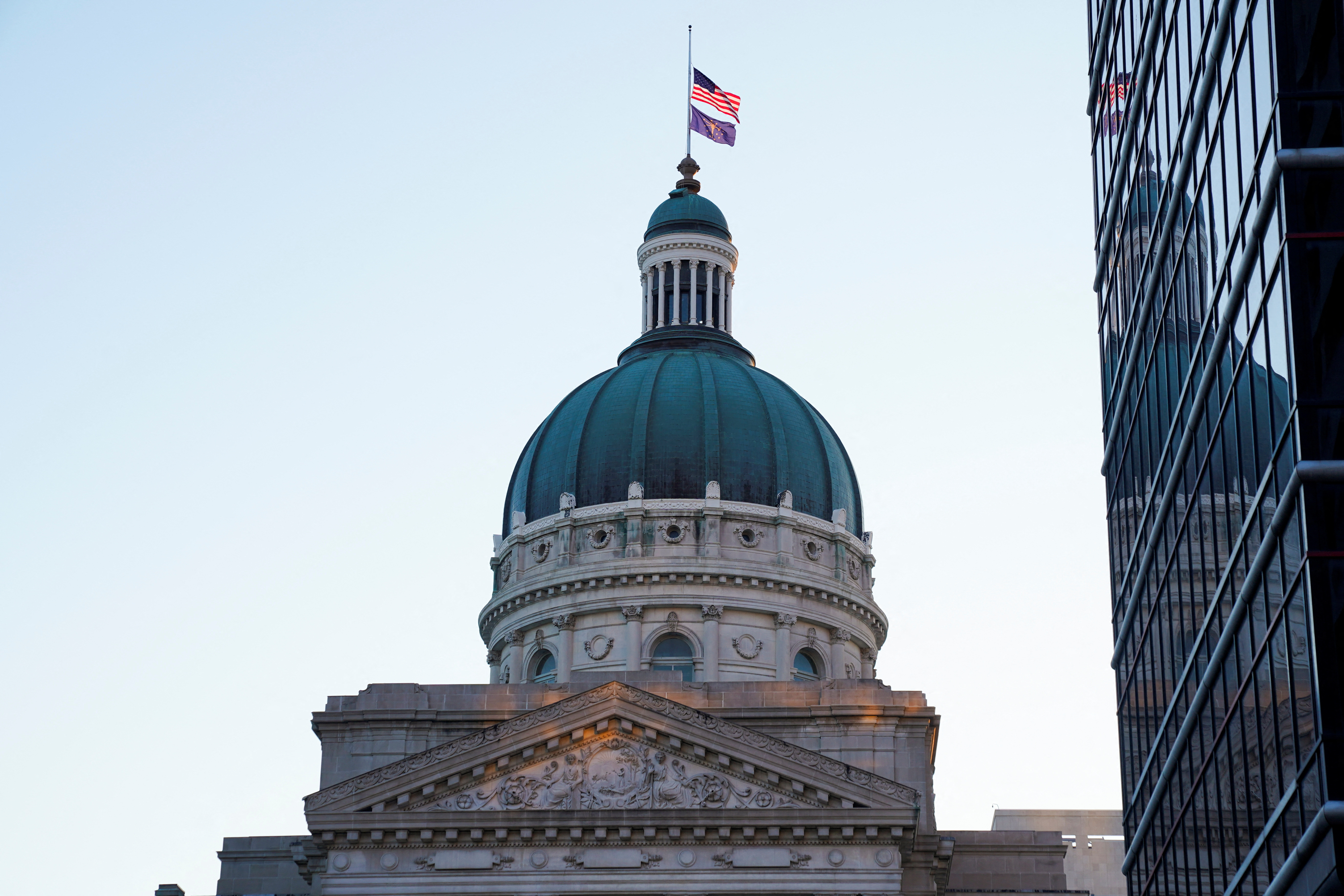 A general view of the Indiana Statehouse shortly before the vote to accept Senate Bill 1, which was passed by the House earlier in the day, making the Indiana legislature the first in the nation to restrict abortions, in Indianapolis, Indiana, U.S. August 5, 2022. REUTERS/Cheney Orr