Congress gave final approval to a bill blocking a national U.S. railroad strike that could have devastated the American economy but rejected a measure that would have provided paid sick days to railroad workers.

The U.S. Senate voted 80 to 15 on Thursday to impose a tentative contract deal reached in September on a dozen unions representing 115,000 workers, who could have gone on strike on Dec. 9.

The bill now goes to President Joe Biden, who will sign it into law. Once the bill becomes law, any strike would be considered illegal and the strikers could be fired.

Eight of 12 unions have ratified the deal. But some labor leaders have criticized Biden, a self-described friend of labor, for asking Congress to impose a contract that workers in four unions have rejected over its lack of paid sick leave.

“We have spared this country a Christmas catastrophe in our grocery stores, in our workplaces, and in our communities,” Biden said in a statement that praised Congress for acting to avoid devastating economic consequence for workers’ families.

A rail strike could have frozen almost 30% of U.S. cargo shipments by weight, stoke already surging inflation, cost the American economy as much as $2 billion a day and stranded millions of rail passengers.

The U.S. House of Representatives approved the bill to block a strike on Wednesday and separately voted to require seven days of paid sick leave for rail workers.

Paid sick leave was one of the outstanding issues in the negotiations. There are no paid short-term sick days under the tentative deal after unions asked for 15 and railroads settled on one personal day.

The measure to provide seven paid sick days did not win the required 60-vote supermajority in the Senate and was not endorsed by the White House.

A total of 52 senators, including 44 Democrats, two independents and six Republicans voted to mandate sick leave for rail workers, while 42 Republicans and Democratic Senator Joe Manchin voted against it saying he was sympathetic to workers’ concerns but said Congress should not “renegotiate a collective bargaining agreement that has already been negotiated.”

Congress invoked its sweeping powers to block strikes involving transportation – authority it does not have in other labor disputes – because of the significant impact a rail stoppage could have on the U.S. economy, especially at the height of the holiday shopping season.

The Senate earlier on Thursday rejected a proposal by Senator Dan Sullivan to extend the cooling-off period by 60 days to allow for further negotiations.

Biden has praised the proposed contract, which includes a 24% compounded pay increase over five years and five annual $1,000 lump-sum payments, and he had asked Congress to impose the contract without any modifications.

“None of the parties achieved everything they advocated for” Jefferies said in a statement and added “without a doubt, there is more to be done to further address our employees’ work-life balance concerns.”

Without the legislation, rail workers could have gone out next week, but the impacts would be felt as soon as this weekend as railroads stopped accepting hazardous materials shipments and commuter railroads began canceling passenger service.

U.S. Chamber of Commerce CEO Suzanne Clark praised “Congress for averting a catastrophic rail strike” and called it “a win for our country.”

“They are maybe the worst case of corporate greed that I have seen,” Sanders said. “That is really barbaric in the year 2022 in America.” 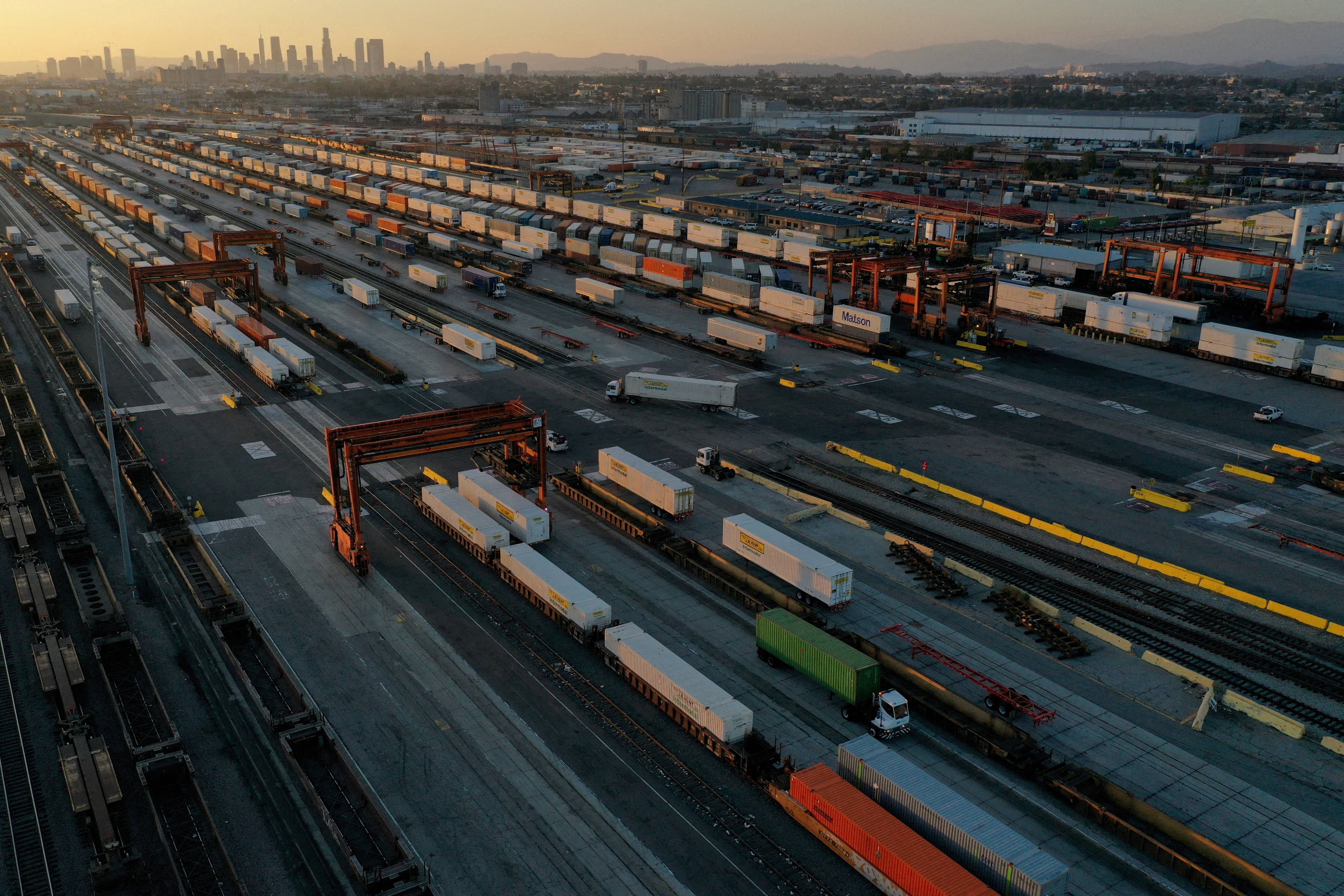 An aerial view of gantry cranes, shipping containers, and freight railway trains ahead of a possible strike if there is no deal with the rail worker unions, at the Union Pacific Los Angeles (UPLA) Intermodal Facility rail yard in Commerce, California, U.S., September 15, 2022. REUTERS/Bing Guan 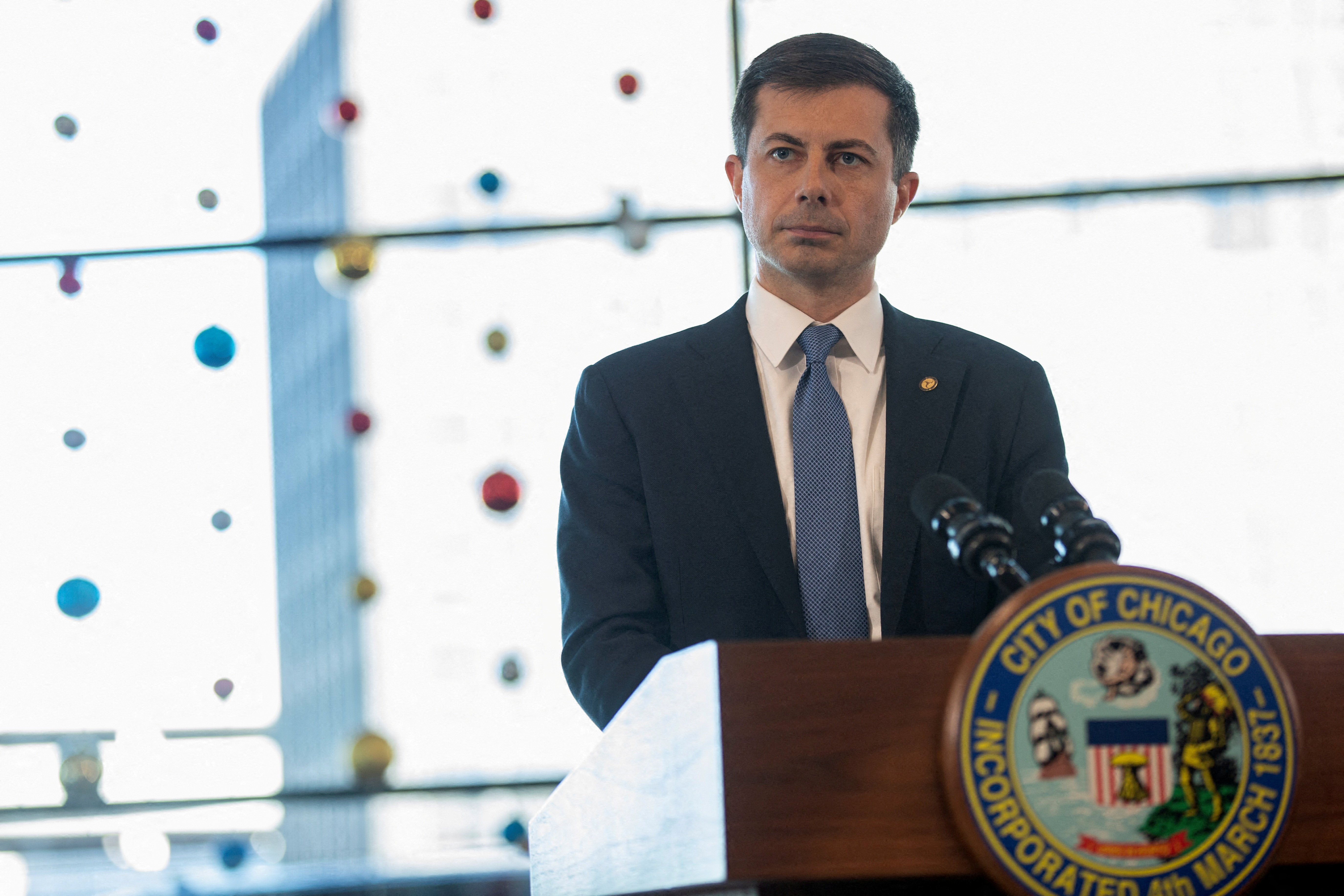