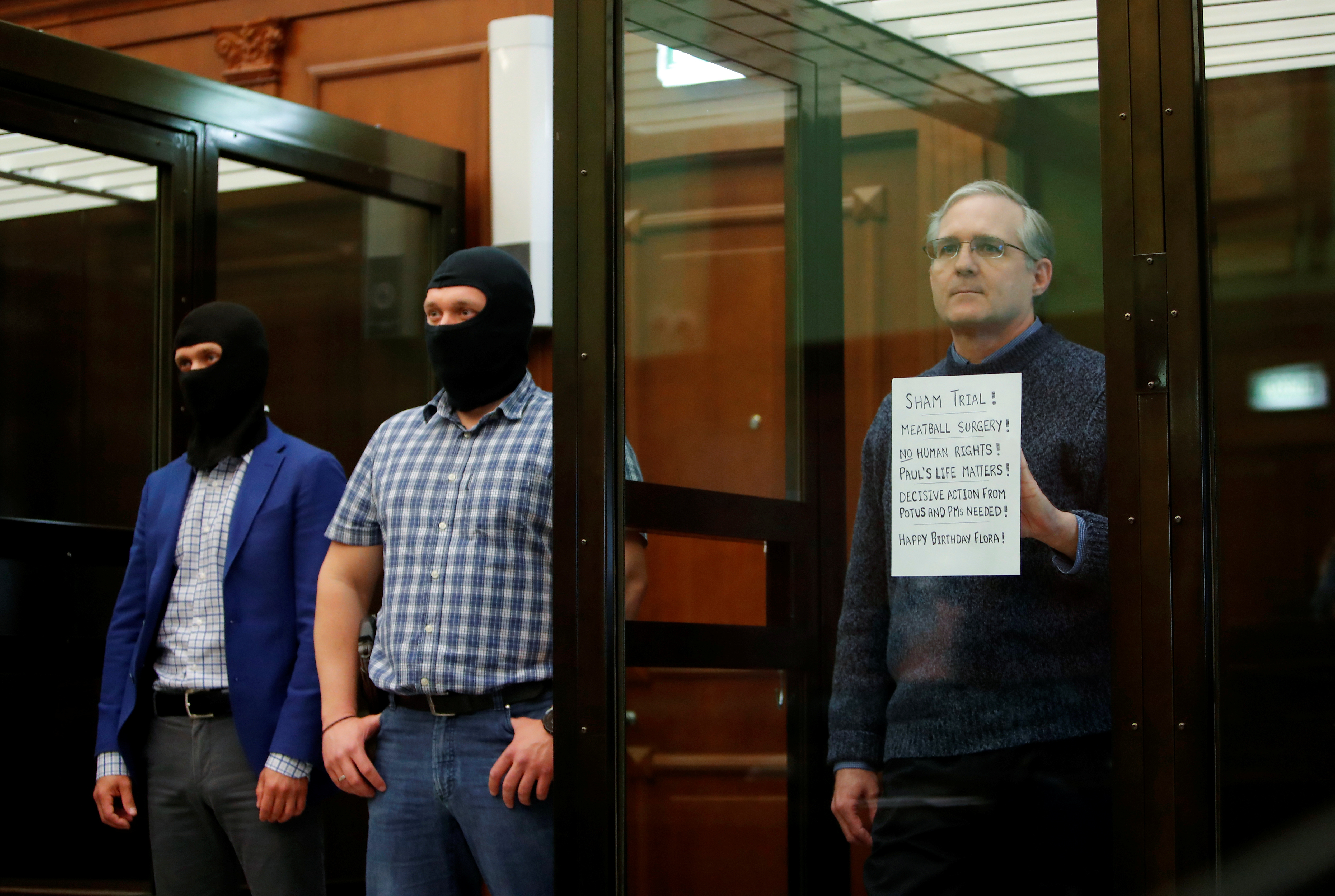 Former U.S. Marine Paul Whelan, who was detained and accused of espionage, holds a sign as he stands inside a defendants’ cage during his verdict hearing in Moscow, Russia June 15, 2020. REUTERS/Maxim Shemetov

The brother of Paul Whelan, an American jailed in Russia, said on Tuesday his family is concerned about his whereabouts after not hearing from him for days and unclear messages from the prison staff that he was moved to the prison hospital.

David Whelan, the brother of Paul, said that the family does not definitely know where Paul is. Paul, a former U.S. Marine is serving 16 years in the Russian region of Mordovia on charges of espionage – which he denies.

The penal colony’s staff said that Paul was moved to the prison hospital on Nov. 17, a day after the visit of American and Irish diplomats, but Paul last talked to his parents on Nov. 23 and did not mention the move, David Whelan said.

The family has not heard from him since. David Whelan added that when transferred to the prison’s hospital in the past, Paul had always mentioned the move in his phone calls.

“Paul was not complaining of any health conditions that required hospitalization, so has there been an emergency?” David Whelan said in an emailed statement, adding that Paul appeared healthy and well to the diplomats.

“Is he unable to make calls? Or is he really still at (the penal colony) but he’s been put in solitary and the prison is hiding that fact?”

David Whelan said that the family has not been in contact with the White House, just with the U.S. Embassy in Moscow and the State Department.

“The U.S. role in Moscow is to take care of Paul’s wellbeing and it’s hard for them to accomplish that if they don’t know where Paul is or what his condition is,” he said. “So we usually work through them when there is uncertainty like this.”

The White House and the State Department had no immediate comment.

On Monday, David Whelan said Paul told his family to contact the U.S. Embassy in Moscow if he did not call home for more than three days. When they did so, the consular staff said it had not heard from him either. [ read more

The United States is talking to Russia about a deal to free Whelan and the jailed American basketball star Brittney Griner but Russia has not provided a “serious response” to any of its proposals, a senior U.S. diplomat said on Monday.

Griner was taken this month to a Russian penal colony to serve a nine-year drug sentence after being arrested in February with vape cartridges containing cannabis oil. She said at her trial she used them to relieve the pain from sports injuries and had not meant to break the law.