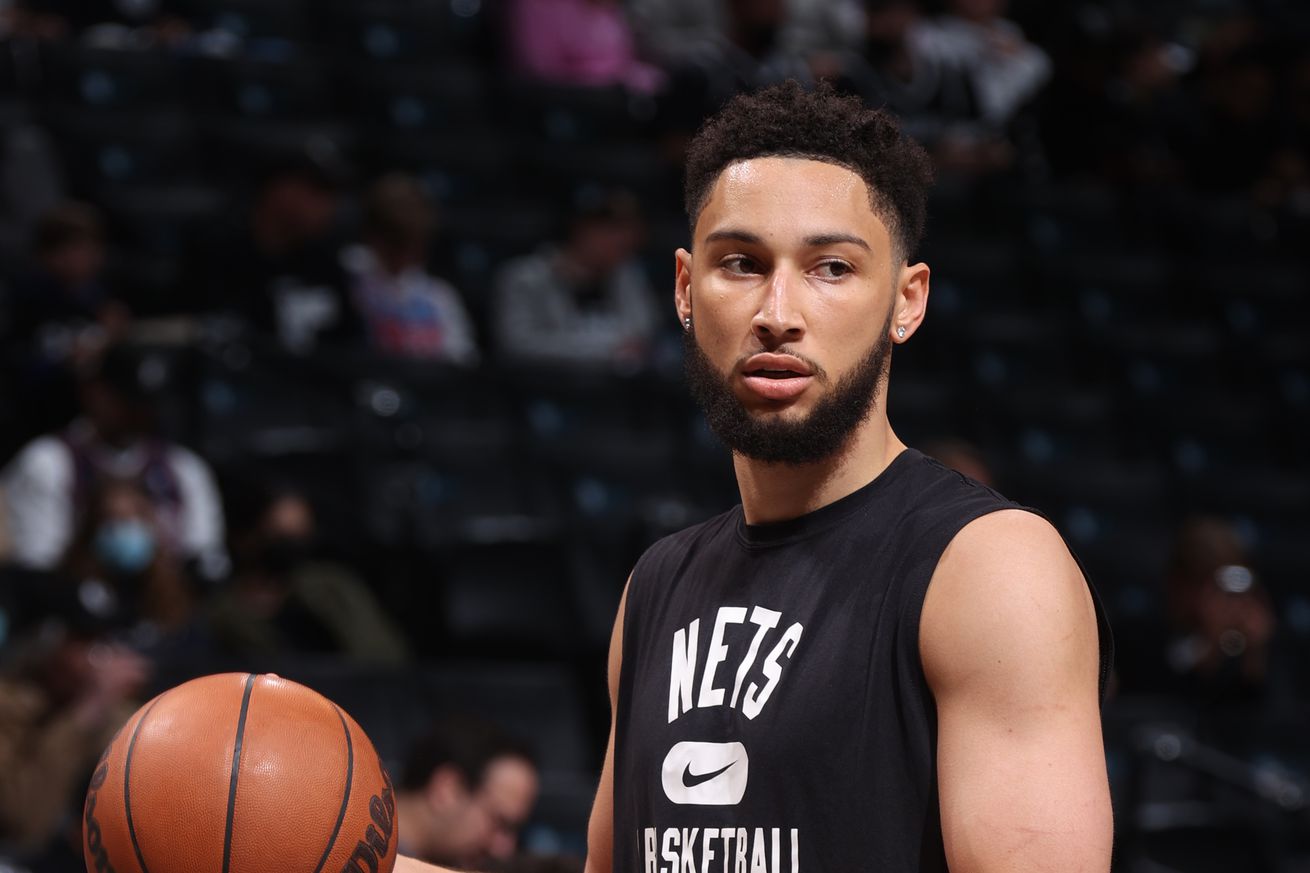 These are the NBA players who need to step up this season.

Each NBA season is defined in part by the players who exceed expectations. Just last season, DeMar DeRozan’s career year at age-32 helped the Chicago Bulls compete at the top of the East for most of the season, breakout sophomore campaigns from Desmond Bane and Tyrese Maxey put their teams on a higher trajectory, and the sudden improvement of players ranging from Al Horford to Robert Williams to Jordan Poole set the course for the Celtics and Warriors to make the NBA Finals.

It’s easy for fans to think of team success as a reflection of how valuable a star player is, but of course we know that isn’t exactly true in today’s NBA. The Brooklyn Nets fell apart without injured shooter Joe Harris, and the Bulls did the same when Lonzo Ball went down. This season will again be full of players whose performance will help make or break their team’s season, whether they’re established stars looking to return to form, or young players ready to take a leap.

Here’s nine NBA players with the most to prove this season if their teams want to reach and exceed expectations. We’re breaking these players into three tiers, but the first man on the list stands above the rest. 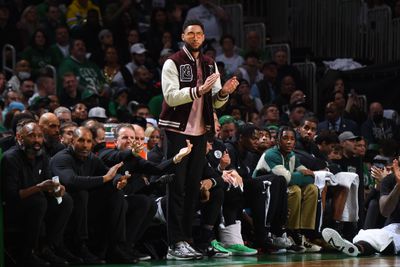 The last time we saw Ben Simmons play in an NBA game, he was passing up wide open dunks and getting thrown under the bus by his head coach. Simmons’ infamous collapse in the second round of the 2021 NBA Playoffs triggered a year-long holdout and an eventual trade to the Brooklyn Nets, but the drama didn’t stop when he left Philadelphia. After weeks of reporting indicating Simmons may play in Brooklyn’s first round series against the Boston Celtics, Simmons chose to sit out and may or may not have left a team group chat after doing so.

The hypothetical fit of Simmons next to Kevin Durant and Kyrie Irving is tantalizing, but he has to prove he can get and stay on the court first. In addition to the mental hurdles Simmons has to clear, he also had a major back surgery over the offseason. Simmons feels like the biggest IF of the season: if he can get healthy, if he can return to being one of the best defensive players in basketball, if he can find his role on offense between Durant and Irving, then the Nets could have the makings of a competitive team in the East. Still only 26 years old, Simmons is the rare three-time All-Star who has to totally and completely prove himself once again.

Young players who need to level up 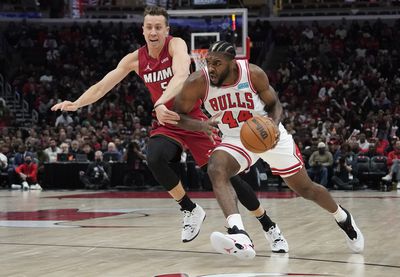 The Bulls still don’t know what they have in Patrick Williams as he enters his third pro season. The No. 4 overall pick in the 2020 draft was the youngest player in the NBA as a rookie, then missed nearly five months last season after being taken out in mid-air by Mitchell Robinson and breaking his wrist. A 6’7, 215-pound forward, Williams has had some impressive moments on both ends of the floor in his young career, but has never made a consistent impact. After an extremely quiet offseason, Chicago is banking heavily on Williams making big improvements if they want to keep pace in a loaded Eastern Conference.

At his best, Williams can create with the ball in his hands on offense, and provide legitimate supplemental rim protection defensively. There’s only one problem: head coach Billy Donovan has primarily used him as a spot-up shooter around DeMar DeRozan’s midrange game, and Williams is too tentative when letting it fly from deep. It’s on Chicago’s coaching to get Williams the ball where he can succeed, but coming back with a more confident three-point shot would be a huge boon for his development. 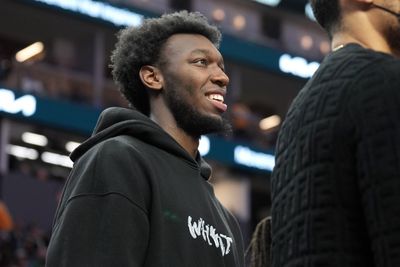 Wiseman has barely played basketball over the last three years: eligibility issues limited him to three games during his one-and-done college season at Memphis, he was shutdown late in his rookie year with the Warriors, and he missed all of last season coming off knee surgery. Golden State selected Wiseman with the No. 2 overall pick in the 2020 draft expecting him to be their center of the future at the very least, but instead it feels like a long-shot that he can even be as impactful as Kevon Looney.

A 7-foot big man with a 7’6 wingspan, Wiseman has the tools to be a rim protector on defense and lob threat offensively. The Warriors do not have another player with his potential as a vertical spacer, and could definitely use his size and athleticism in the lineup. Golden State didn’t need Wiseman to win the title last season, but they will likely need him this year in an improved Western Conference. With another injured or subpar year, Wiseman is going to look like a pretty huge miss in the draft by the Warriors. 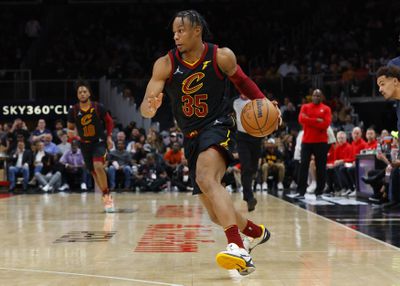 Okoro came into the league with a reputation as a defensive stopper on the wing who could score in transition and flashed passing upside, but struggled to shoot from deep. Through his first two NBA seasons, the No. 5 overall pick in the 2020 NBA Draft has mostly lived up to his scouting report. Okoro hit 35 percent of his threes last year, but he only attempted two shots per game from beyond the arc, and mostly only took wide open ones.

After the Donovan Mitchell trade, the Cavs now have a nasty top-four with two great bigs (Jarrett Allen and Evan Mobley) and two awesome tiny guards (Mitchell and Darius Garland). There’s a hole on the wing, and Okoro would be the perfect man to fill it. His defense should give him a leg open on any internal competition, but it won’t matter much if teams fully cheat off of him on the perimeter to muck up the paint for Cleveland’s stars. If Okoro can develop a reliable catch-and-shoot stroke from three while doubling his volume, the Cavs are going to be in business.

Stars who need to reestablish themselves 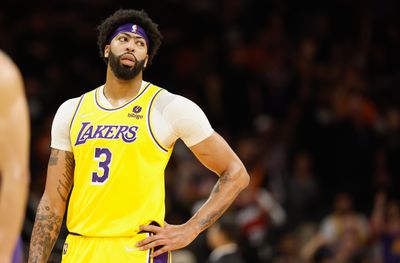 It wasn’t long ago that Anthony Davis was considered by some to be the best player in the NBA. When the Los Angeles Lakers won the championship inside the bubble, Davis’ incredible defensive coverage mixed with his hot outside shooting and excellent finishing made him the most valuable player on a title team, even if LeBron James was named Finals MVP. Since then, though, Davis has been a part-time player because of injuries and the Lakers have been one of the league’s biggest underachievers.

If the Lakers are going to get back to being a title contender in James’ twilight years, the biggest factor will be Davis’ ability to stay healthy and regain his status as one of the league’s most dominant forces. Still only 29 years old, Davis should be smack in the middle of a Hall of Fame prime. If he has another disappointing season, it’s fair to wonder if the Lakers can ever regain contender status with James still on the team. 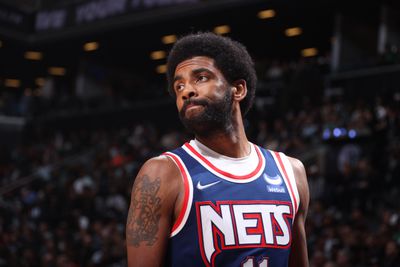 All Kyrie Irving did last season was undercut the preseason championship favorites by refusing to take the Covid vaccine. When it happened, James Harden forced his way out of town, the Nets got swept in the first round of the playoffs, and the franchise refused to give him a long-term contract extension that triggered Kevin Durant’s trade request. With the vaccine mandate behind him, Irving should be poised to show that he’s one of the league’s top guards once again, but he’ll have to stay out of his own way to do it.

Irving got a wakeup call this summer when he tried to find a new team, but didn’t have any real suitors beyond the Lakers. Now on an expiring contract, Kyrie has all the motivation he needs for a big year. Still, most people will believe it when they see it. 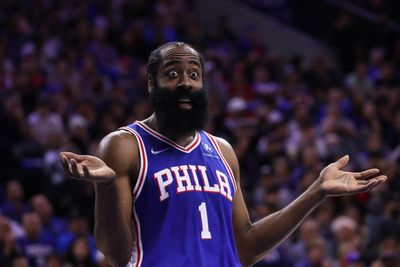 James Harden’s struggles at the start of the last season were written off as a veteran superstar adjusting to the league’s new point of emphasis on calling shooting fouls. By midseason, most agreed that Harden simply lacked the explosiveness of his prime years. After forcing a deadline deal from Brooklyn to Philadelphia, Harden flashed the advanced passing and pull-up shooting skills that once helped make him unguardable, but his lack of consistency can be traced back to his inability to regularly get to the rim.

Now 33 years old, Harden feels like he’s at a crossroads of his career: if he’s ever going to beat the allegations of underwhelming in the playoffs, now is the time. Philly’s NBA Finals hopes rest on Harden rediscovering is peak form.

Young fringe stars who need to take the next step 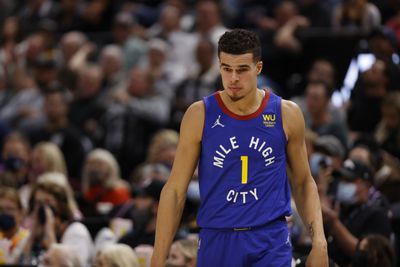 Michael Porter Jr. has played all of 125 games in four seasons since being drafted by the Denver Nuggets in 2018, but his flashes were impressive enough to earn him a max extension worth up to $207 million. The knock on Porter going back to his short-lived college days at Missouri has always been his lack of durability, and his long-standing back issues flared up again last season, limiting him to only nine games.

If Porter can stay healthy, he’s a 6’10 sharpshooter who could be the perfect third option next to Nikola Jokic and Jamal Murray. The Nuggets can legitimately dream of a title if it all comes together, but Porter needs to prove he can stay on the floor and live up to his billing as a knockdown shooter. No one has ever doubted Porter’s talent, but it won’t do Denver much good if he can’t be durable. 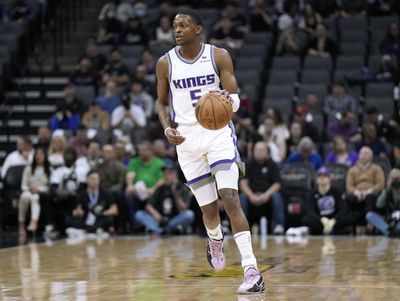 De’Aaron Fox once felt like he was destined to become one of the league’s best point guards, but his improvement has flatlined a bit as he starts his sixth NBA season. Fox remains as fast as any player in the NBA, but he stagnated as a playmaker last season and still struggles as an outside shooter. The Kings chose Fox over Tyrese Haliburton, and he’s going to have to knock down outside shots to make that look like a prudent move. Sacramento has enough talent to potentially push for a low-end playoff spot with Domantas Sabonis, Harrison Barnes, and rookie Keegan Murray flanking him, but they need Fox to fully realize his potential.