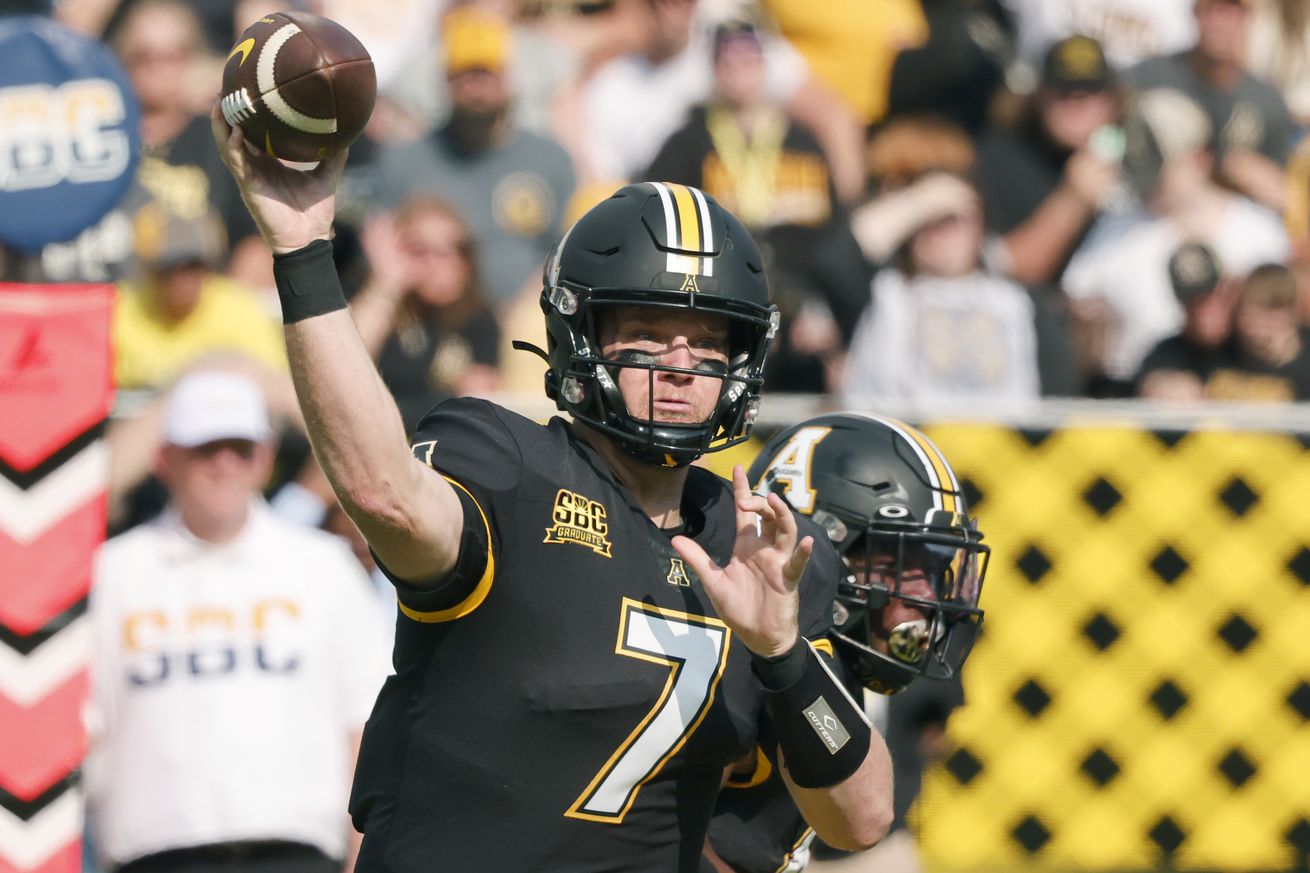 Mountaineers stun the Trojans on the final play

Saturday in Boone began with the ESPN College Gameday crew in town prior to Appalachian State hosting Troy University.

It ended with the Mountaineers stunning the Trojans on the game’s final play to pull out a 32-28 win.

Last week, Appalachian State shocked the college football world with a 17-14 win on the road over Texas A&M, then the sixth-ranked team in the nation. That led ESPN to send their pregame show to Boone, North Carolina, home of the Mountaineers.

The game was a back-and-forth affair, with the visitors taking a 28-24 lead with just over ten minutes remaining on a short touchdown run. Appalachian State drove nearly the length of the field on their ensuing possession, but faced a 4th and goal at the Troy 2-yard line.

Quarterback Chase Brice’s pass fell incomplete, allowing Troy to take over deep in their own territory, with just over a minute remaining.

Moments later, Troy elected to take an intentional safety, rather than risk a punt from deep in their own territory:

Troy attempts to burn some clock and takes a safety to cash the over.pic.twitter.com/wfR1am5JyD

That cut Troy’s lead to 28-26, and the Trojans were forced to kick off to the Mountaineers, giving Brice and Appalachian State one final chance.

They somehow, some way, pulled it out:

Brice’s prayer is answered, as Christian Horn settles underneath the tipped ball around the Troy six-yard line, and scampers into the end zone for the touchdown as time expires.

The decision by Troy to take the intentional safety — and then squip the ensuing kickoff allowing Appalachian State to take over near midfield — will be debated for days to come. But on this day, with College Gameday in town, it seemed like magic was in the air for the Mountaineers.

And coming after a huge upset of Texas A&M a week ago? Perhaps a magical season is in store down in Boone. 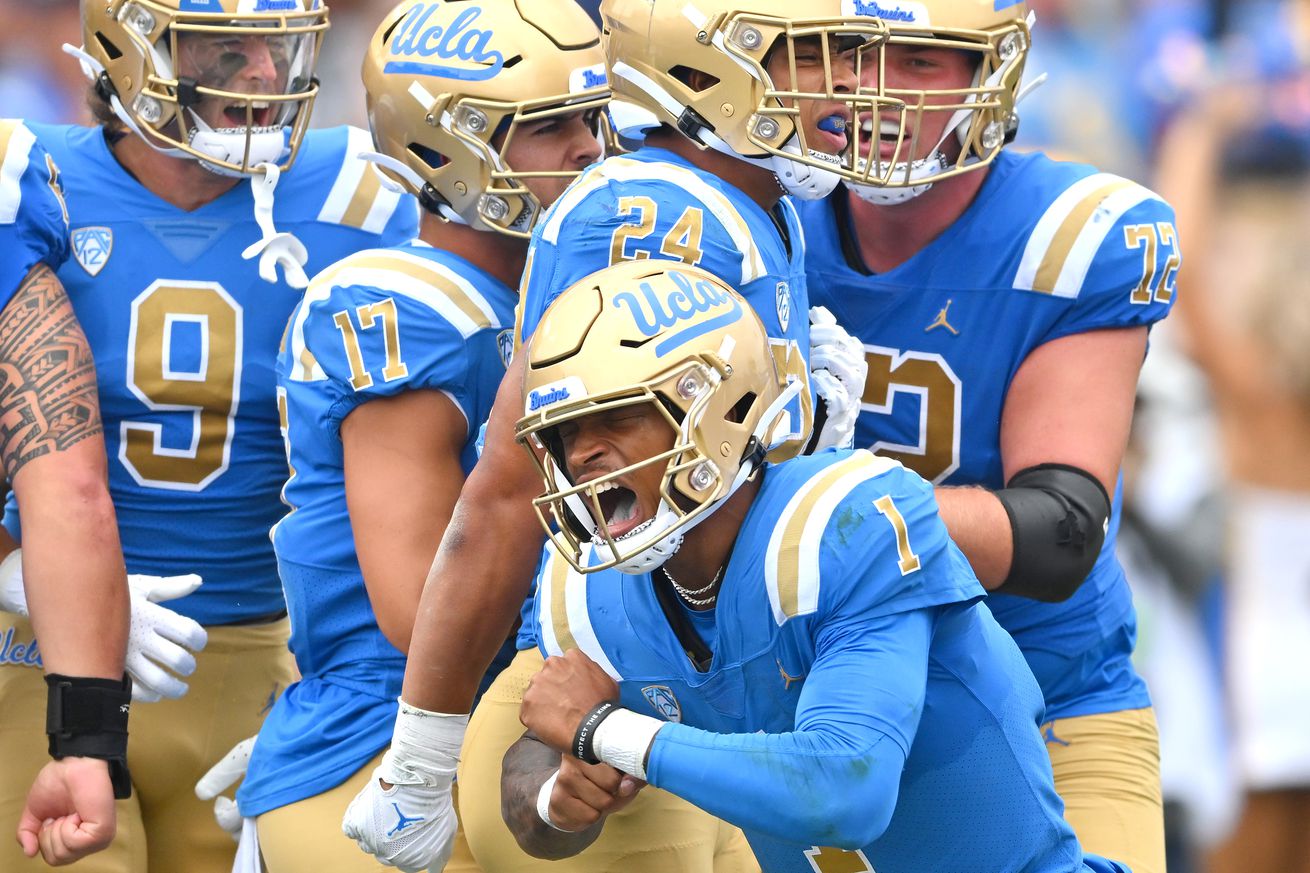 A week after the Sun Belt delivered huge wins from Appalachian State over Texas A&M and Georgia Southern over Nebraska, it looked like the conference was going to deliver another win over a Power 5 team. South Alabama went on the road against UCLA and was in control in front of, well, let’s say a sparse crowd:

South Alabama led 31-29 with just over three minutes remaining, and were in possession of the football. They faced a 4th and 2 at the UCLA 22-yard line, on the 11th play of a long drive that began at the Jaguars’ own 10-yard line, and worked nearly six minutes off the clock. With their offense rolling, perhaps South Alabama would leave their offense on the field to pick up the final two yards and perhaps ice the game.

Or perhaps they would convert a field goal, giving them a five-point lead and forcing UCLA to score a touchdown to eke out the win.

Both solid options. Apparently, however, there was a third:

WHAT ARE YOU DOING pic.twitter.com/iW05Kcbbr6

Rather than leave their offense on the field, or try and convert the short field goal (college kickers, we know) the Jaguars shift into an offensive formation and let holder Tanner McGee, a backup quarterback who last attempted a pass during the 2020 season, try and make a play.

That opened the door for UCLA, who drove down the field on their ensuing possession to get into range for their kicker, who delivered:

South Alabama’s failed fake field goal brought to mind another fake kick from years ago, this attempted fake punt turned in by the Indianapolis Colts:

I’ve seen some people say the Broncos fake punt was the worst ever. HARD NO. pic.twitter.com/hvgaPJgmd0

The win saw Kelly and the Bruins improve to 3-0 on the season, while dropping the Jaguars to 2-1, and sending them home wondering about what might have been. 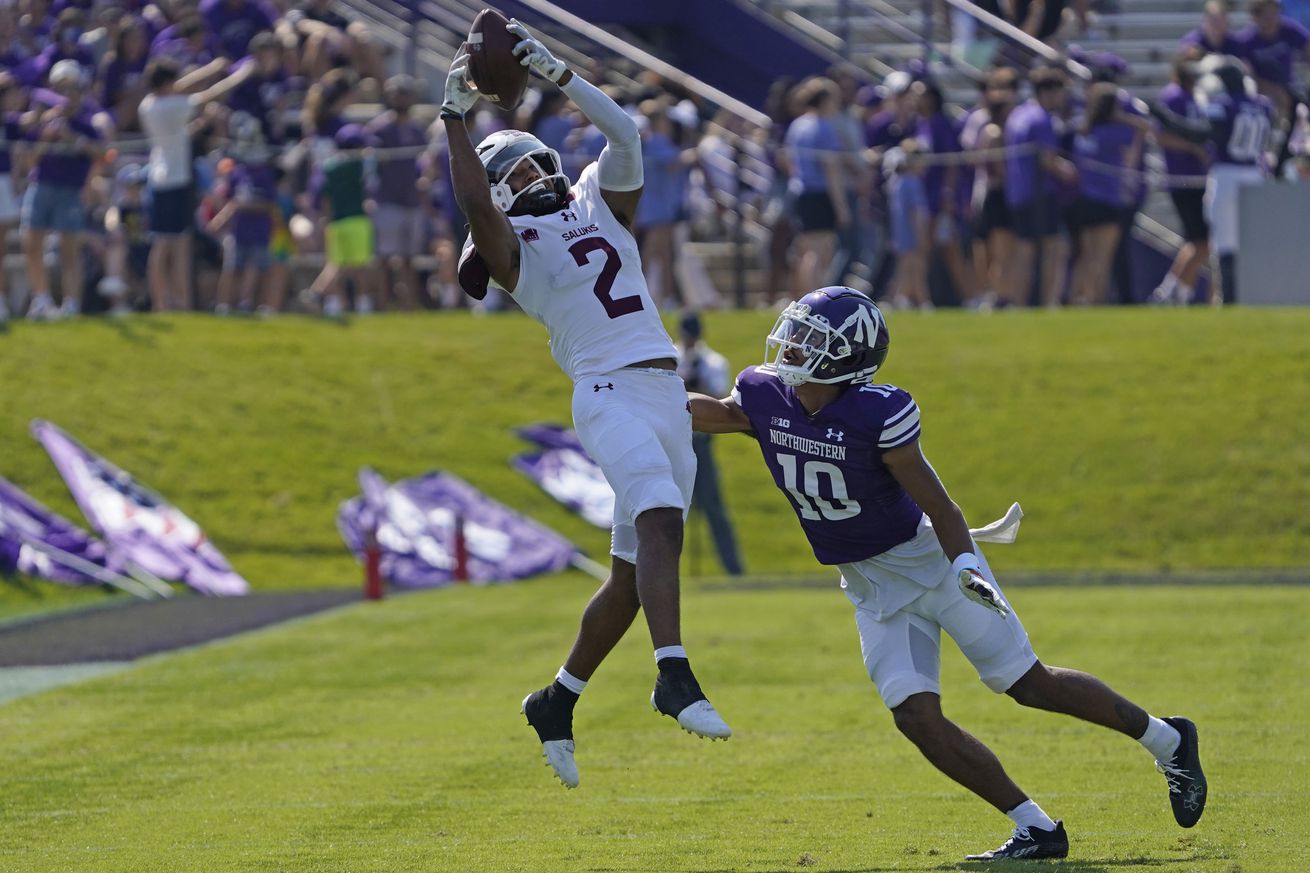 Week 3 was not kind to the B1G

If Blood Week is defined as upsets happening throughout the world of college football, then the Big Ten had its own little Blood Week this weekend. Call it more bloodletting than Blood Week.

In the early window of Week 3 for the Big Ten, two out of five teams won, and one of those teams played UConn (congratulations to Michigan). Being outscored by a combined score of 145-97, the B1G had somewhat of an early window to forget. Let’s recap:

Northwestern lost 31-24. To Southern Illinois. At home. With Big Ten commissioner Kevin Warren in attendance. Not a great look for the Wildcats, methinks. The Wildcats turned the ball over four times, and allowed the Salukis to complete 25 of their 37 passes for 296 yards. I do have an idea for Northwestern. Consider:

Northwestern is 0-2 in America.

Just play every team in Ireland.

Purdue lost to Syracuse in truly spectacular fashion, scoring to take the lead but committing two unsportsmanlike penalties that forced them to kick from their own 10 yard line:

Naturally, Syracuse took this great field position and eventually scored the go ahead TD in the final seconds. Purdue literally snatched defeat from the jaws of victory.

At least Indiana won in the final seconds, beating Western Kentucky 33-30 in the final moments. Maybe 9 win Indiana is back(but they might not be).