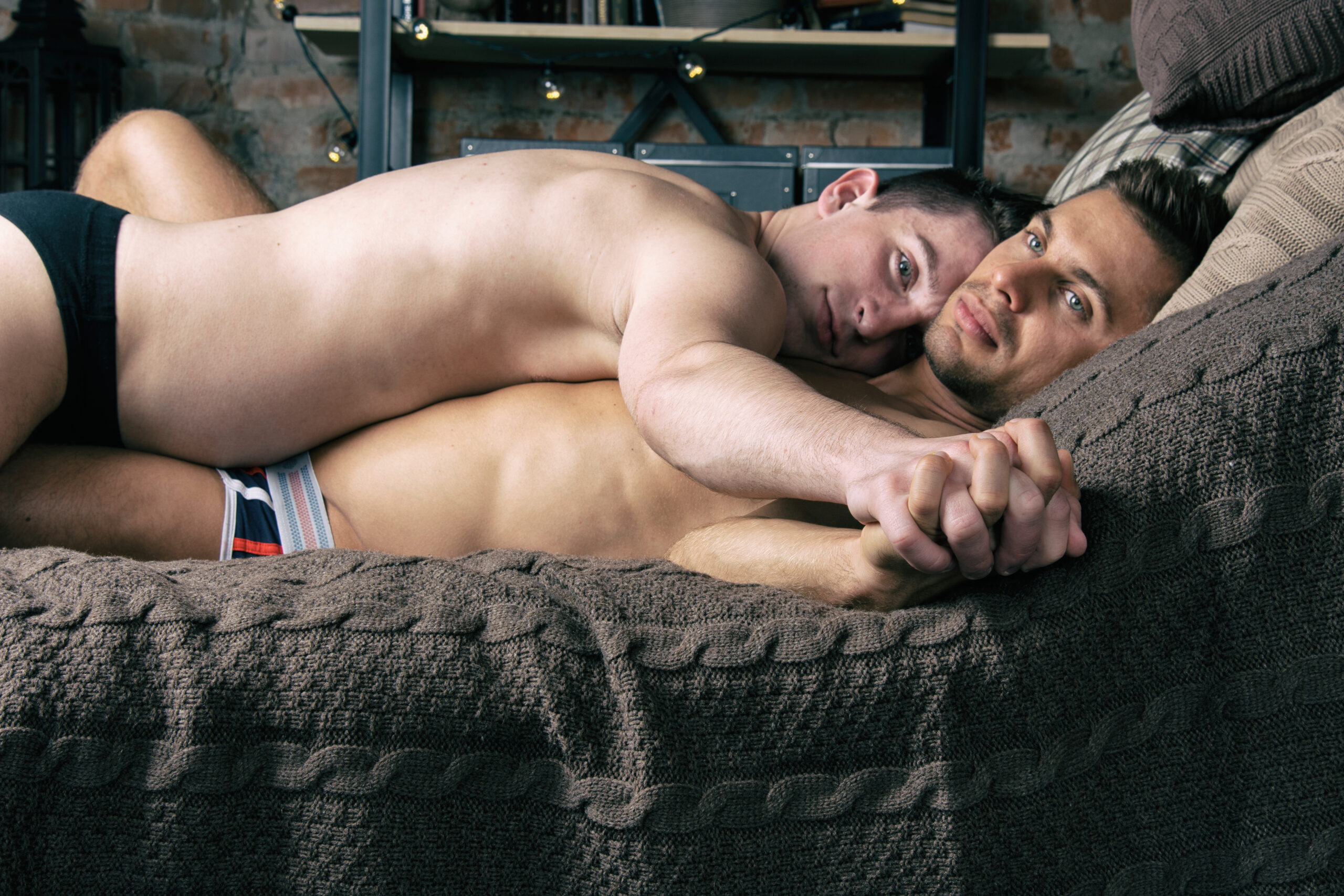 I’ve been getting tested for sexually transmitted diseases almost my entire adult life. It’s weird to think I haven’t existed as a grown human without worrying about catching something, but that’s what happens when you start having sex at a young age.

If this lowers your opinion of me, I acted even more reckless in high school. I was not only having sex, but even worse, it was with females instead of males. Well, worse for me, anyway, but I don’t judge those who enjoy the opposite sex. But most irresponsible of all, I wasn’t getting tested. Most teenagers don’t because no one tells them they should. If an unfamilial entity does so, they’re scolded or sued by the teen’s parents.

Contrary to popular belief, STDs don’t target “sluts,” but they afflict individuals sleeping with someone who doesn’t know they’re carrying it.

Parents avoid or forbid talking about this topic. It might be that fact it’s uncomfortable to picture your child as a sexual being, someone that could be into all the kinky things you are. Accidentally walking in on your family naked is awkward enough. Perhaps, parents are traumatized by personal experiences. Hell hath no fury like a case of gonorrhea’s scorned. And please rest assured it will be scorned if you decide not to get tested and treated at the first signs of symptoms. At least, that’s what happened to me.

At the time, I was in my early twenties, and I knew two things: My body felt funny – wrong, and I had unprotected sex a week ago. Rather than make the soonest appointment at the clinic, I allowed the infection to sit still with its thoughts and think about how naughty I was not to use a condom and avoid testing. Instead of meditating, it gave me hell. Then, I got tested, and immediate treatment (plus alerted my previous partner of his farewell gift), and the debilitating feeling of my life ending never manifested into a reality. Because I didn’t think it could be gonorrhea, I worried it could’ve been HIV. I was on PrEP but still didn’t trust the science until I educated myself better. (And, thanks to modern medicine, your life will be fine regardless of the diagnosis.)

Getting testing scares us–as though it somehow increases the chances of getting something. Knowing only helps prevent the existing situation from worsening or, at the very least, prevents you from spreading that toxic love to the next. 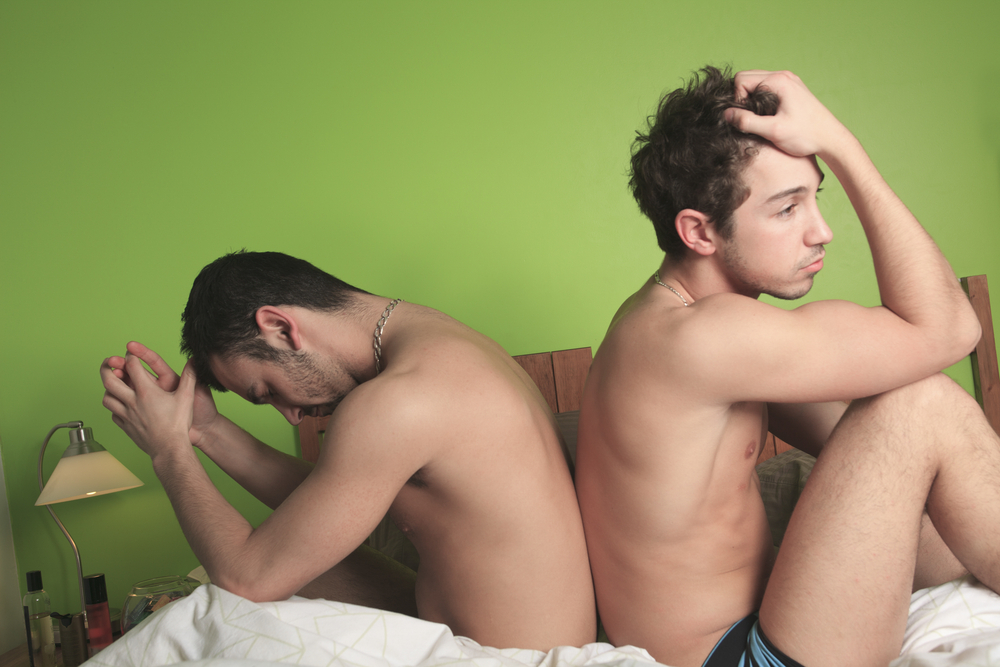 I had decided casual encounters weren’t worth the stress. I can’t remember witnessing a gay man advocate to “stop condom shaming” until sex columnist Zachary Zane did so, moderating a luncheon and panel for Trojan condoms in New York. And I’m not judging anyone here. How could I? Once upon a time, I could’ve been a Grindr ambassador.

But you’re allowed to decide what no longer works for you – what ceases to be pleasurable. And I knew there was a problem when sex evolved more into a chore than it was fun. So I deleted the app and decided I preferred meeting my encounters in person and getting to know them before taking their clothes off. Perhaps, this is for the same reason I only drink beer and wine when it comes to alcohol. What you can’t control is better to abandon before it manages you.

This doesn’t mean I stopped engaging in one-night-stands, but I no longer sought them out. Even when I expressed my interest in wanting more, I learned men would truly agree to anything for sex when they became ghosts the next day. But at least this was on my terms. Zane wasn’t even speaking about his own experiences but that it was OK to demand our partners use condoms or get to know us before sex if that’s what you want.

Of course, it’s easier for a panel of sex experts, including Licensed Psychologist Dr. Kate Balestrieri, Clinical Sexologist Dr. Joe Kort, and Sex Therapist Shadeen Francis, to tell us to be brave than to put it into practice and not give up at the first signs of rejection. Zane is also the author of the newsletter BOYSLUT, so I appreciated that dual representation.

People should feel empowered to make their own choices and stick to them. I hear my friends brag about never sleeping with someone who insists on a condom, and I can’t help but feel bad for them. You’re missing out on many opportunities to meet someone wonderful.

Medications that exist today like PREP have empowered many gay men to decide that risking catching everything else is OK with them, which is fine. Francis explained part of practicing safe sex is figuring out your risk tolerance. But condoms have materialized into the cavemen of gay culture, and after a lifetime of paralyzing fear about HIV, queers seem to have gone the opposite extreme. Some folks will turn you down solely for desiring a condom or wanting to meet in person first. Gay men will apparently judge you for anything, but it shouldn’t be that way. We’re more than just eggplant and peach emojis with limbs.

There’s the obvious elephant in the room: this panel happened before the outbreak of Monkeypox in the gay community. Nowadays, a condom isn’t a guarantee of safety, and the current situation encourages me to treat potential lovers with a fourteen-day incubation period of getting to know them before engaging sexually. If that’s too much of a commitment for them, then I know they’re not worth the risk. Just because the virus affects anyone doesn’t mean we can’t ask ourselves why it’s inflicting gay men at such unbelievably disproportionate rates. We often place our health (physical and mental) second to pleasure.

When both of your wants and needs are compatible, is when the best sex happens, or is that love?