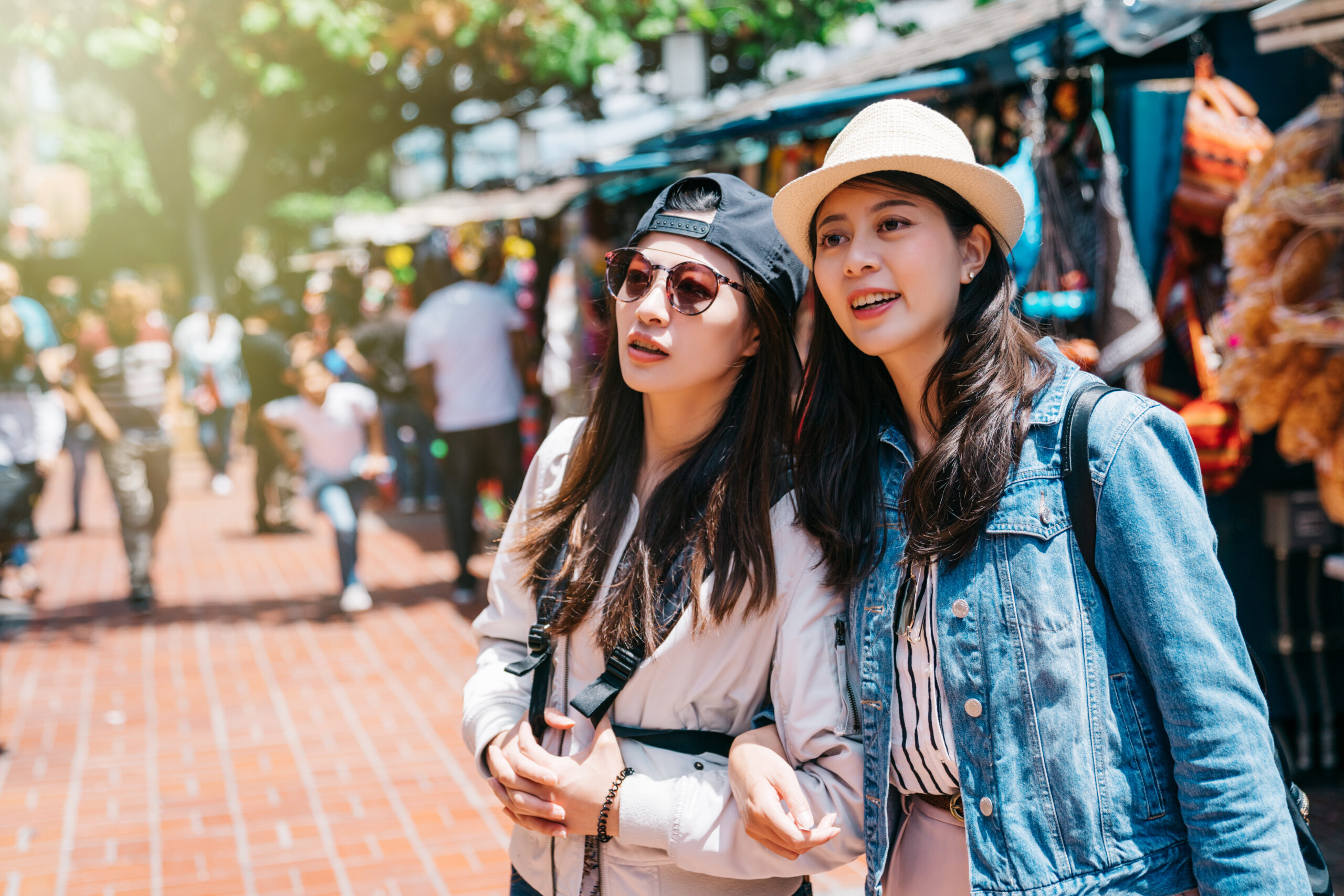 Summer is the epitome of adventure, new experiences, and relaxation. It’s a time to make the most of leisure – whatever that may look like. Whether you have some time off from class, or you’re anticipating the minute you can clock out from work, you’re likely in dire need of a well-deserved vacation. Maybe you’ve been sitting around this summer dreaming of destinations abroad, asking yourself, “What would it be like if I went? Will I be safe? Are there other like-minded people I can connect with? Will I be accepted there?”

For many queer people who identify as Black, Indigenous, or a person of color, an air of uncertainty lies in the unknown. Constantly keeping a guard up in unfamiliar situations is second nature to many, and those in marginalized groups are usually alert and aware of places to avoid due to the likeliness of discrimination. Several queer BIPOC who document their travel journeys via Instagram, including Keith Brooks of @keithmeetsworld, Ami King of @amis_adventures and Beth and Jaycee of @vietnamtopanama, do preliminary research when deciding which country to visit, and share their experiences with their followers.

There are plenty of countries known to have no anti-LGBTQ laws, queer-friendly communities, and fun activities to cross off your bucket list while learning about local culture.

Take a look at four destinations worth paying a visit: 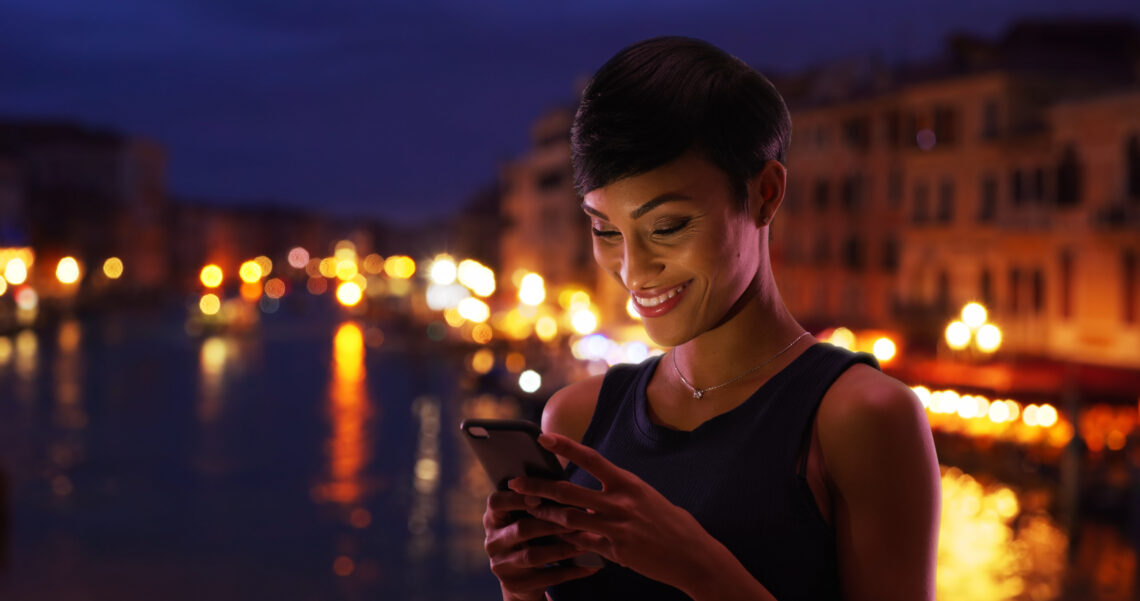 Italy is known for its gorgeous landscapes and rich history that calls to any art connoisseur. Cities such as Rome and Florence invite you to immerse yourself into Italian culture and travel back in time to the Renaissance era that once flourished. Notable art and landmarks lie around every corner, including the Contarelli Chapel in Rome, the Duomo di Milano in Milan, and many more attractions. It’s the perfect destination if you want to cover a handful of cities in a short amount of time.

It’s easy to perceive Italy through a lens of historical context, but the country has made great strides in the centuries since its artistic and cultural peak. Italy is inching toward modern times, as same-sex civil unions are legally recognized and transgender individuals can legally change their gender to how they identify. The tourism-driven parts of Italy see their fair share of demographics, as nationalities from all over Europe and millions of Americans visit each year.

As a queer BIPOC, you’re relatively safe from discrimination based on your sexual and gender identity. As a non-white visitor, you may stand out in certain areas, but regardless, you can find comfort in enjoying the same luxuries as any other traveler.

Keith Brooks, a queer Black travel traveler, has visited over 75 countries since deciding traveling was his passion in his early 20s. He had an entire host of recommendations, and Italy was just one of many.

“Every time I go to Italy, I never want to leave,” he said.

“Even as a queer person, or as a Black person in Italy, I’ve never really noticed any sort of racism although I’m certain it exists, but I’ve never really experienced any blatant micro-aggressions or forms of racism specifically because Italy, and I would say Milano, are also pretty diverse cities,” he said. “So, there’s sizable communities of color.” 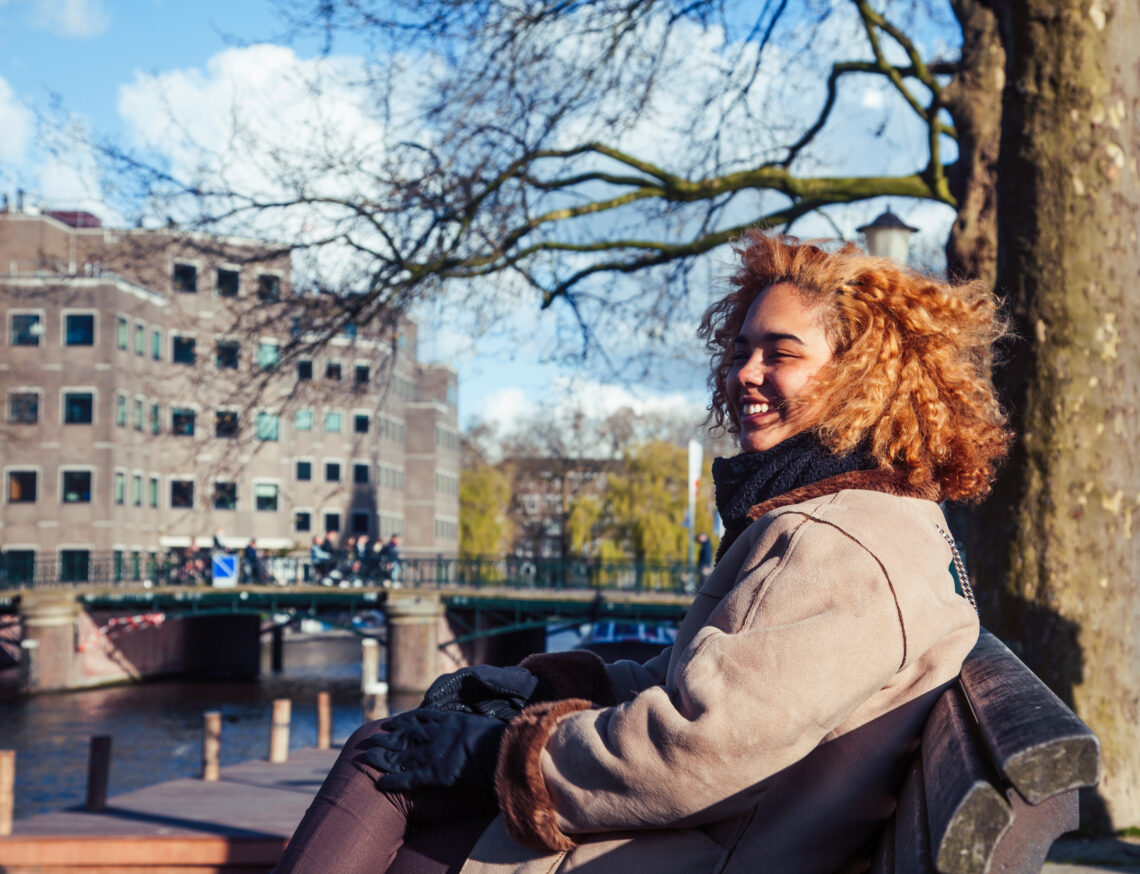 Tourist-haven Amsterdam is a progressive dream for any traveler looking to immerse themselves in the liberal weed-accepting, sex-positive culture that drew in nearly 9 million visitors in 2019. Beyond the notorious coffee shops and Red Light District, Amsterdam offers significant cultural immersions, such as the Rijksmuseum containing masterpieces from skilled artists and the famous Anne Frank Huis.

The queer scene in Amsterdam is also thriving, with over 100 gay clubs and bars to choose from. It’s almost guaranteed you’ll connect in some way with your community, especially in the areas around the Amstel River and the Zeedijk and Warmoesstraat streets. Brooks spoke of his experience in the capital, describing it as small, but lively and bustling.

“In terms of the city itself, it’s very clean,” he said. “Just really beautiful. Lots of fun places for queer people… a ton of queer bars and clubs and there’s a lot of queer people of color that live there.”

The Netherlands in general is extremely accepting of the LGBTQ community, and a poll from Equaldex shows public opinion is 89% in support of same-sex marriage, which is legal. There have been strides made in terms of gender expression and sexual freedom, but the country still feels the effects of institutional racism dating back to colonial times, similar to the U.S. A history of racism is ingrained into many European cities, but in Amsterdam, nearly 20% of its population is of non-Dutch origin.

Brooks said in terms of accessibility, the city is diverse with people and immigrants of all identities who speak English, making it easier to connect with others.

Another tool that has worked in his favor is using dating apps to simply meet with others and share experiences, such as getting coffee or going sightseeing. 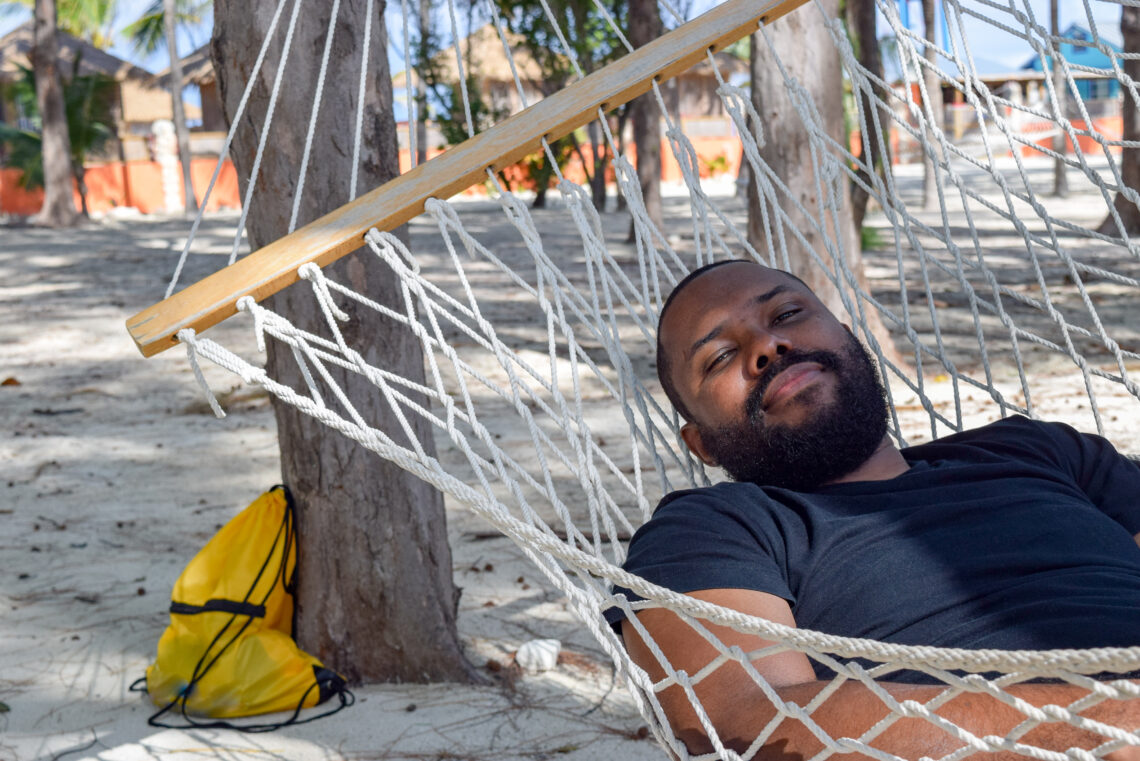 Mexico’s luxurious resorts located in the well-known tourist areas of Cancun, Playa del Carmen and Tulum attract visitors looking for an all-inclusive beach getaway. Mojitos in hand, toes in the sand and not a care in the world – but is it really worry-free for queer BIPOC? Over the years, Mexico has slowly been legalizing same-sex civil marriage across its various states with only a few left to go. There has also been a recent uptick of stories surrounding Black American women leaving the U.S. in favor of seeking a sense of community in Mexico.

For those just visiting, you’re likely to have a great experience. Ami King has connected with other Black queer travelers by establishing a network to build a sense of community. He called Mexico City a “hidden gem,” describing it as the “most beautiful Black queer community I have found thus far.”

He said when Black queer people travel, it’s a way to strip away parts to guard themselves and stay alive.

For Pride this year in Mexico City, he said, “We had a small gathering for mostly Black, but it was like BIPOC queer folx, and someone posted it and it was right over pride so everyone could see like the pride parade going on.”

Although he didn’t originally plan to stay for long in Mexico City, his unforeseen canceled flight allowed him to further connect with his network which came to his aid when he needed temporary housing.

Ami’s mindset coaching business has also encouraged other Black, queer travelers by offering them the confidence to go abroad and addressing any fears they may have.

“I think I’ve just kind of gained the confidence and again, the ability to just help people sometimes get out their own way sometimes figure out what fears are there, sit with those, and try to like create paths to kind of move through those,” he said. “And also just sometimes people just need to know that they can do it and know that, like, it’s possible.”

Beth and Jaycee are a queer interracial couple documenting their travels and romance from around the globe, and Mexico was just one recent stop on their journey. Although they noted their privilege in being able to present as non-queer people if needed, Beth said her and Jaycee’s experience was overall positive as far as being comfortable in their identities.

In Mexico, they mostly spent a few days in tourism-centered cities such as Cancun and Playa del Carmen. Jaycee said, “If it was nighttime, we were in like crowded areas where there were people around and we really felt unbothered which is honestly a blessing, right?” she said. “That’s not true for everyone, but honestly… we were very fine.”

They also spent their time in Mexico on fun excursions, including scuba diving with a group of friends and an instructor who was accepting of their relationship.

Other places in Mexico to explore include breathtaking cenotes, a tour of the Arch of Cabo San Lucas and picturesque beaches found all over. 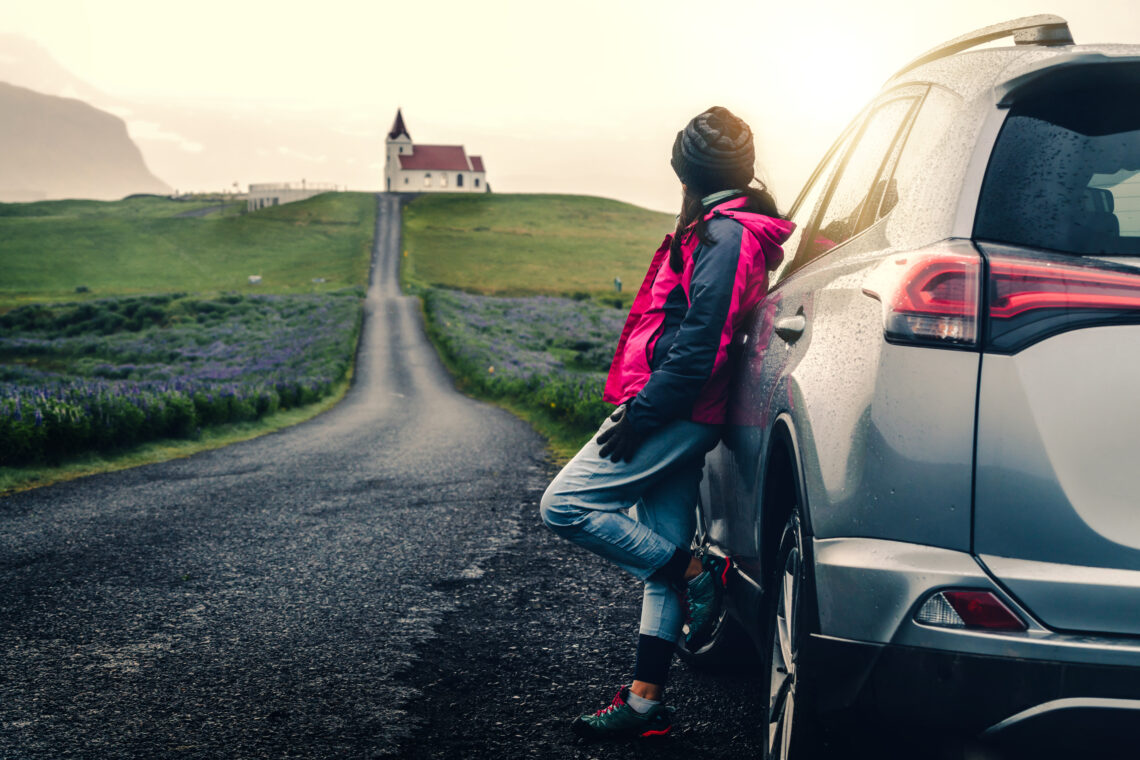 Iceland may not be the first destination that crosses your mind when you consider traveling outside of the country, but it’s making lists as a must-see country. The island only holds a population of around 373,000, but its rugged geography attracts visitors from all over. The Blue Lagoon and scenic waterfalls found across the island are perfect Instagram-worthy spots if you’re looking to immerse yourself in nature.

Iceland is very queer friendly and recognizes nonbinary individuals, as well as provides equal opportunities for same-sex couples. Beth and Jaycee prepared ahead of time for their trip by mapping out campsites before they embarked on their adventure around the Ring Road, an interstate that goes around the entire country and connects cities to one another.

Although Iceland is known for having a homogenous demographic, the country is seeing an increase in diversity as immigrants continue to settle there, making up 12% of the population.

“Even out there being you know, the only Black person I would see for a few days, you know for her [Beth], the only Asian person you would see for the few days, and certainly like one of the only queer couples, like we felt completely safe,” Jaycee said.

The period of constant daylight also put the couple at ease, even though they believed they wouldn’t have encountered problems at night. They also reminisced on the moment they connected with some locals after posing with a pride flag.

“We were carrying around the inclusive pride flag… we were running on like the street to get some videos and people would come out and be like, ‘Do you guys need help? We don’t get a pride festival all the way out here, so like we saw your flag and we came outside,’” Jaycee said. “Everyone was super nice.”

The friendly people of Iceland are sure to make any traveler feel welcome, but be sure to pack a jacket as summers are still fairly chilly. 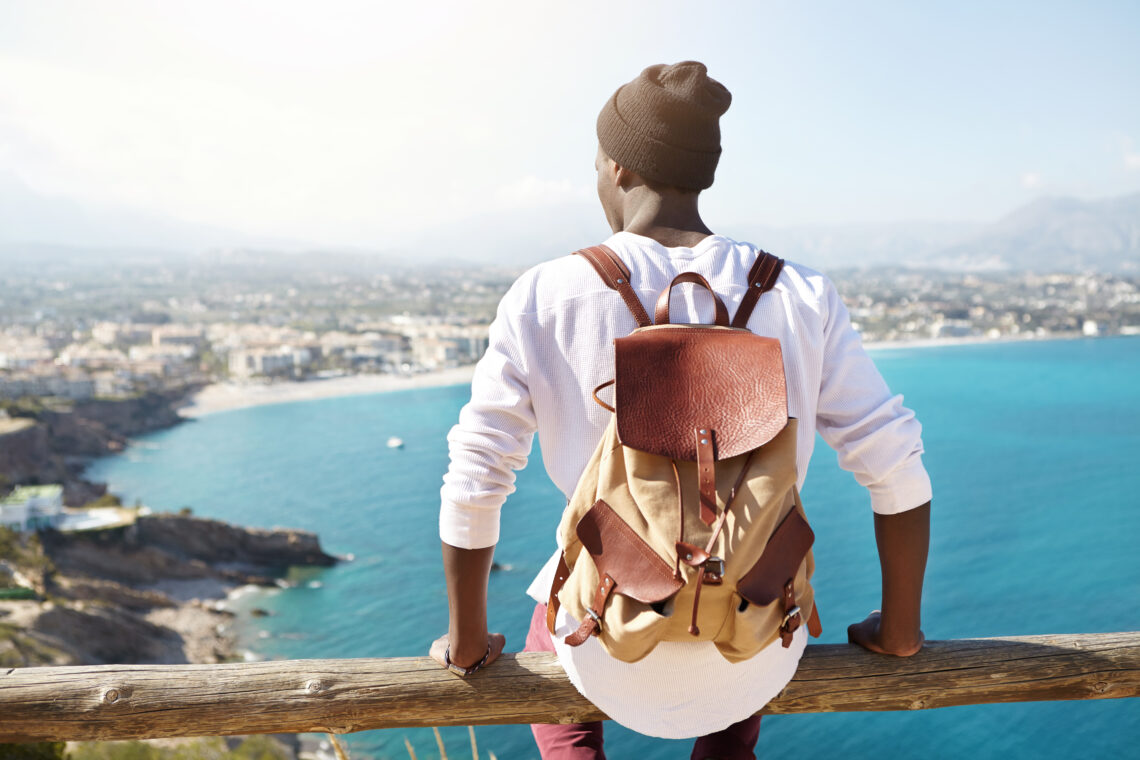 Regardless of destination, queer BIPOC may still experience racism or prejudice rooted in microaggressions, ignorance and intolerance, and should always stay alert to their surroundings by enacting precautionary measures to stay safe.

Jaycee imparted a few words of wisdom for those who find themselves in moments of discomfort when abroad, which she told several of her students she led on a previous trip to Portugal:

“…Learn to appreciate the culture for what it is, but also recognize your privilege and the blessing that it is that you get to go home to something more familiar and some place where you’re more comfortable, right?” she said. “That’s the privilege of travel, that everything truly is temporary. You get to go back and you get to choose where home is going to be, which is an enormous privilege as travelers, but I will say particularly as U.S. citizens.”

Take these words as inspiration to book that flight you’ve been eyeballing. There’s no perfect oasis for the queer, BIPOC traveler, but that doesn’t mean there should be limits put on exploration. Does this mean you won’t get the occasional odd stare or rude mutter from some soon-to-be forgotten passerby? Maybe not, but there’s a sense of reassurance when you find resources in your community abroad and reach out to those who want to share their knowledge and experiences.

Your identity matters no matter where you are, and this world is enormous – don’t be afraid of taking up too much space.