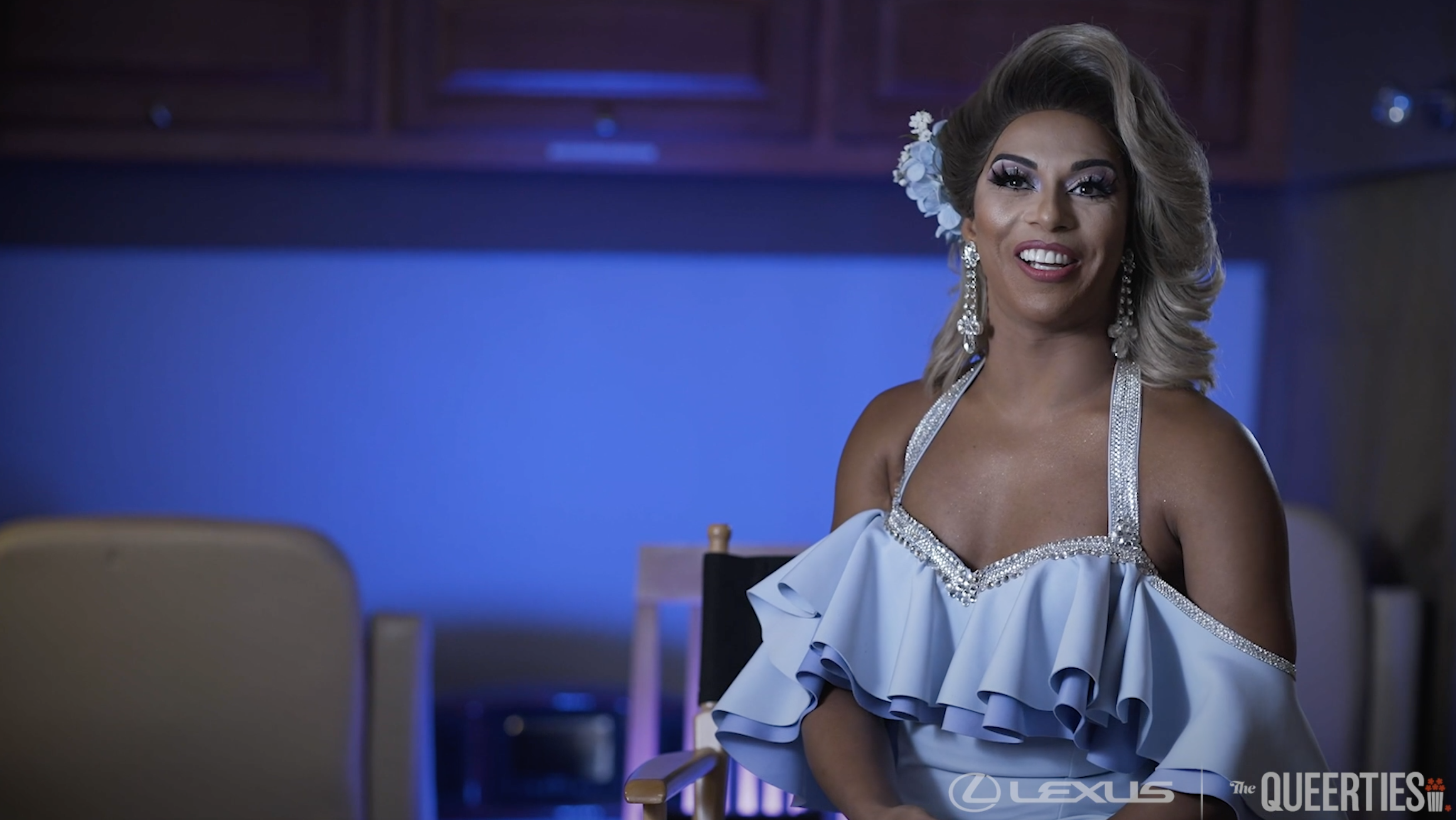 “Any person who wants to be a trail blazer? Honey, you got to be on the trail, if you want to trail blaze.” Hallelloo, Shangela!

We stole some time with the RuPaul’s Drag Race legend, and star of HBO’s Emmy-award nominated series We’re Here, the one and only Shangela Laquifa Wadley. In this interview, the Queerties nominee shares her thoughts on bringing people joy, being yourself, and making your dreams a reality.

The INNOVATOR AWARD, at the Queerties celebrates talented individuals are multi-hyphenates who have worn many hats, and strived to evolve and innovate, to make their dreams a reality. Vote for Shangela and all your LGBTQ favorites once a day, per device, until voting closes on February 16th. Happy voting!