Zackary Drucker has a joyfulness about her, even when discussing a con artist.

In this case, said con artist would be Liz Carmichael, the entrepreneur behind the futuristic three-wheeled car, The Dale. Back in 1974, Carmichael emerged out of nowhere on to the business scene, marketing The Dale as an automobile that would revolutionize gas consumption. Carmichael became an overnight celebrity and feminist icon until stories emerged of financial improprieties within her company. One reporter, Don Carlson (father of Tucker Carlson), also exposed Carmichael as a transgender woman with a pre-transition criminal history.

So was Carmichael unfairly torpedoed for being trans? Or was her transness a convenient way to help her pull off a multi-million dollar scam? Drucker examines that question in the new docuseries The Lady and The Dale. It debuts on HBO Max January 31.

Originally from New York, Zackary Drucker emerged as a photography artist in 2011, working with fellow transgender collaborators Rhys Ernst and Amos Mac. She received a major career boost three years later landing a consulting position on Transparent. The show also offered her an opportunity to grow into an actress and a director. The Lady and The Dale marks her first solo project in the realm of documentary series.

We snagged time to chat with Drucker about the series, the legacy of The Dale and the bizarre, kinda-awesome mystery of Liz Carmichael. The Lady and The Dale debuts on HBO Max January 31.

So I’ve been obsessed with this story since I was a kid, and saw it on Unsolved Mysteries.

Oh my God. You’re one like the only one doing press today to know the story of Liz Carmichael.

Seriously? So how did you first learn of Liz Carmichael?

Honestly, I got a call from Jay [Duplass, the producer] a year and a half ago. He asked if I’d ever heard of Liz and The Dale. And I know trans history in and out. I have a Rolodex of people through time, but she wasn’t one of them. I thought to myself why this story. And Liz’s story encapsulates the beginning of an organized front for trans people.

At the same time, she’s at the center of a scandal. Did you hesitate to take on the story?

I mean, yeah. I had to come to my own understanding of why this story. I think Liz was maligned in her lifetime; her story was told through a transphobic lens that was so dehumanizing. It’s a tremendous shame that we weren’t able to make the series in Liz’s lifetime. She went on to the next realm feeling her story was unresolved, that she didn’t get the respect and dignity every human deserves. She was really made an example of, and paid a very high price. It’s such a quaint microcosm of a dynamic that still exists today through the opinion-based journalism of people like Tucker Carlson who continue to perpetuate a harmful and derogatory view of trans and nonbinary people. If we don’t learn those lessons from the past, we’re doomed to repeat them.

Where did you come up with the concept to tell her story through animation? It’s very effective.

It was the constraints of making a project during COVID. We shot up until February 2020. When COVID hit and everyone went into lockdown, everyone had to work remotely on the project. Originally we had other plans, and animation became very quickly our best option for expanding Liz’s world into the space of imagination. The style is very DIY—the way we imagined Liz would have told her own story. All of the animation is paper-based. There’s not a cross-dissolve or digital-based animation. Everything is analog.

We spent hours every day reviewing the animation. It was a multi-phase project, and a tremendous learning experience for me.

We didn’t have original photos of most of the people, and we couldn’t use stock. That, and basically everyone we talk about was implicated in some criminal enterprise. So we used family photos. 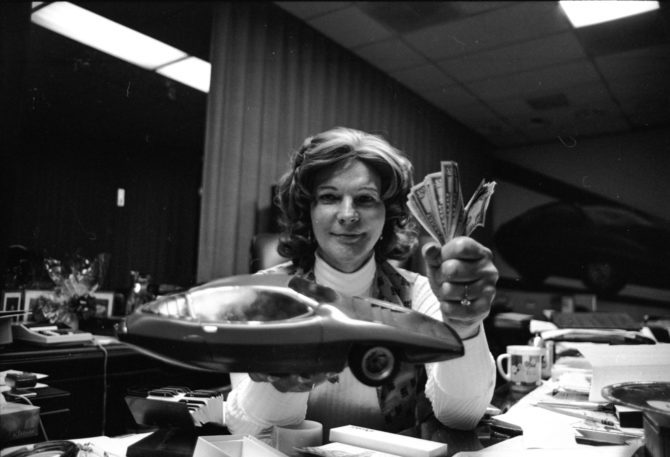 Now hang on a minute. How do they feel about being part of it? Are they afraid of being associated with the scandal?

Well most of them are deceased. Those that are alive definitely agreed. Everyone was excited to be part of it. And it’s been a personal thrill to share the series with family members. Johnny Flack is my grandfather.

Now I’ll have to go back and look. Now, watching the series: Liz is such a fascinating, infuriating figure. Sometimes I want to root for her as an unsung queer entrepreneur. Other times, I see her as a thug who defrauded investors. She paid people in cash at gunpoint.

She was running a criminal enterprise. How do you prevent yourself from passing judgment on your subject—from either being too harsh on her, or too apologetic.

I absolutely think it’s part of sound scholarship and being a good journalist. We told her story accurately and there was no judgment from behind the camera. I think that’s what documentary filmmaking necessitates: holding space for all positions. So it’s been a gift for me to speak through Liz’s story. And it gives me relief in moments like this. I have talked so much about my own history, and shared so much of myself in my other work that creating a series around a predecessor of mine is really transcendent.

That’s wonderful. Now, the other question this story begs: it’s astonishingly brazen to become a media darling when you’re wanted for all kinds of theft. I mean, selling posters of yourself? Going on TV?

I mean, your guess is as good as mine. Ultimately we intended to put all these pieces out there so the viewer can decide for themselves. That can be a dinner table conversation. And it’s inconclusive, and Liz isn’t alive to advocate for her side. We tried really hard not to put a rose-colored gloss over it. We embraced the rough edges. For me, that represents a new era of a complex trans protagonist.

We’re able to be fully human and not relegated to just affirmational stories. They’re not realistic: we’re all messy in our identities and our lives. Not everyone is interested in pandering to a respectability class. Liz certainly wasn’t, and she was very resentful of the system she was trying to operate within.

You’re one of the most varied artists I’ve spoken to, just in terms of you working within different artistic mediums: writing, directing, acting, photography, performance art, visual art. What is it about your compulsion to create that makes you want to explore so many mediums? Is one the most gratifying?

No. Every idea dictates a different medium, and a partnership. Relationships drive my work. Part of my career is creating opportunities for connection. It generates work. I’ve never wanted to do the same thing twice. I’m continually exploring new horizons. It’s a commitment to myself I made as a young person to never be bored.

I love that answer. It’s funny…listening to you talk about collaboration. I remember something Shirley MacLaine once said about filmmaking. She said, and I paraphrase, that people always fall in love on film sets because it is such a collaborative atmosphere, and you go through different emotional states and phases together. You’re creating this deep, delicate reality.

Is it true that filmmaking is, frankly, the sexiest form of art?

I would say that photography for me is an excuse and opportunity for me to fall in love.

Anybody who is on the other side of the camera, for me, is like a catalyst for creating love and magic. I think that art and love are the two most noble pursuits that humans can create. Every time love is built it is unique to the people coming into it.

Do you find yourself falling in love with your subjects? What’s the nature of that emotional connection to the people or subjects you work with?

Oh absolutely. Having empathy for everybody on the other side of the camera plays a big part. I feel very connected to Liz through dimensions. I got very close to her in the creation of this, just reading her words and seeing all the different angles and filters people see her through. Locating myself in her story, I learned so much about my family through Liz’s family. I would say that a year and a half of working on this project has catapulted my emotional and personal growth into directions I never would have anticipated. 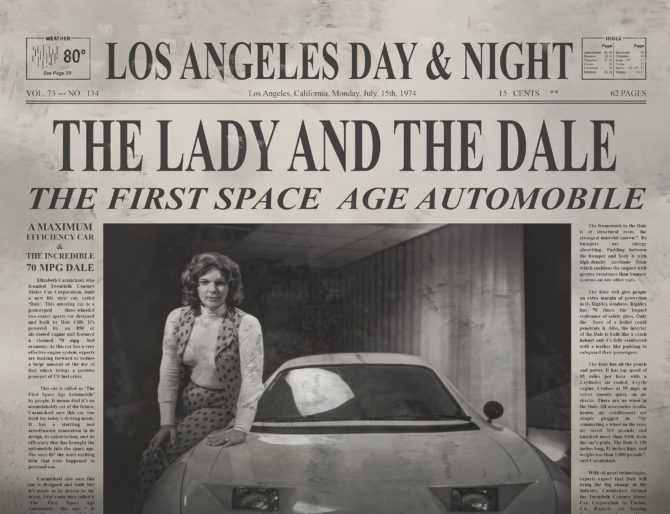 In that case, would you ever revisit this material as a narrative? I see Alexandra Billings playing Liz…

Wow! That would be amazing. It’s a juicy story, and there are a lot of details that aren’t included in the docuseries that you could embed in a narrative plot point. Liz’s story lends itself easily to a feature.

I don’t feel like it’s first on my list. After a four-part docuseries in which Liz’s story is told respectfully, I don’t know. I mean, of course, I would, if someone would offer.

So what are these amazing details you couldn’t include?

There was a lot we couldn’t verify. Anything we couldn’t verify with a second source we didn’t include. So there’s a lot of hearsay in [the deleted material]. I mean, Liz’s ties to the mafia were impossible to verify. It was just elusive detail that everyone brought up, but there’s no proof. There was plenty in Liz’s family life that we held back, just to respect her surviving family members. They really took a leap of faith, and their lives were so derailed by Liz’s treatment in the press. To convince them to be on camera could be a film unto itself.

So we took the trauma very seriously. Her family is in its own healing process.

We hope this helps.

The Lady & The Dale arrives on HBO Max January 31.