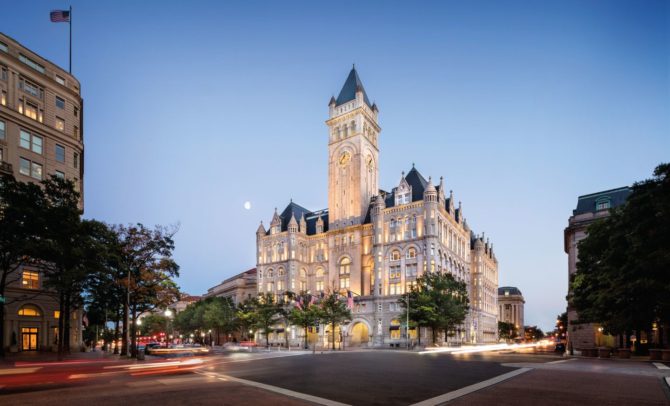 Another business blow to Donald J. Trump. It appears that nobody wants to stay at his namesake hotel in Washington, D.C.

Jane Mayer, a staff writer at the New Yorker, just tweeted a video from inside the hotel’s main lobby… and it’s empty. Like, completely. There’s not a soul in sight, despite loud music pulsating through the speaker system like it’s some super hopping nightclub.

?Trump Hotel, DC – Looks like they drained the swamp pic.twitter.com/dgDg3HxRbp

Earlier this month, the Washington Post reported that the Trump Organization has actually been shopping its lease on the 263-room luxury hotel for the past year, hoping to unload it to the tune of $500 million, but the real-estate broker hasn’t been able to find any interested buyers and has, in fact, quit.

Apparently, nobody wants to take over the hotel, which has significantly underperformed since Trump took office in 2017. Part of the issue could be that one of the requirements of the new tenants is that they retain the Trump name, which has become toxic since members of the MAGA militia stormed the U.S. Capitol on January 6.

And now, the responses…

I’m here for this.

The quiet and solitude of that lobby makes me feel good

No grift to be gotten, anymore at the Trump Hotel. Sad.

It’s like The Shining. Except I’d never want to stay here.

I’m not an expert, but I’m pretty sure that no customers negatively affects cash-flow.

You hate to see it…

Graham Gremore is the Features Editor and a Staff Writer at Queerty. Follow him on Twitter @grahamgremore.