First lady Dr. Jill Biden is set on Friday to visit the D.C-based Whitman-Walker Health HIV/AIDS clinic, according to guidance from the White House.

Jill Biden’s visit is intended “to highlight and promote support services for cancer patients and caregivers, as well as hear about the impact of COVID-19 on access to health care, including cancer screenings and prevention efforts,” per the guidance.

Whitman Walker Health has been serving the D.C-area since 1973 as a clinic for the LGBTQ and HIV/AIDS communities.

Jill Biden won’t the first person to tour the clinic as first lady. In 1989, Barbara Bush visited the clinic, where she held a baby and hugged a gay man who were both dying of AIDS.

He decided to celebrate Valentine’s Day with his boyfriend, another 17-year-old teenager he met nine months earlier. Carmona’s homophobic parents had already forbidden him to go out on that date, but he gladly disobeyed them and went to the movies with his boyfriend.

Carmona’s family, which forbid him from being gay in public, much less at home, once again confronted him after he returned from his date. They kicked him out because he refused to obey them, and the streets of Mexico City became his home for three weeks.

“It was something difficult but necessary,” said Carmona during an interview with the Washington Blade. “I stayed in subway station entrances and fed myself with what I found in the street.”

It Gets Better México, a group that advocates on behalf of LGBTQ youth, says the number of young people who have been kicked out of their homes and forced into homelessness because they are gay has recently increased. The coronavirus pandemic has also forced many of them to come out to their relatives, which exposes them to additional discrimination and abuse.

Iván Tagle, director of Yaaj México, an LGBTQ rights group, says the number of cases of young people who are in danger of becoming homeless because of their sexual orientation and gender identity to which he has responded have increased by nearly 5-fold during the pandemic.

“It is alarming that they do not come forward for fear of betraying one of their relatives,” It Gets Better México Director Alex Orué told the Mexican newspaper Milenio. “Unfortunately they do not know that there are institutions that support them during this emergency.”

It was indeed one of these LGBTQ groups that took Carmona off the streets.

A friend brought him to Casa Frida, a recently created shelter in the Mexican capital that welcomes anyone in need.

‘A place that changes lives’

Casa Frida opened on May 13, 2020, against the backdrop of lockdown measures implemented to stop the pandemic. Raúl Caporal Montes, the shelter’s co-director, said Casa Frida’s goal was to provide assistance and shelter to the LGBTQ community.

The shelter strives to specifically serve young gay men between 16 and 34-years-old who have been kicked out of their homes because of their sexual orientation or gender identity. Casa Frida also serves LGBTQ people who have lost their sources of income during the pandemic, LGBTQ migrants and people with HIV.

Caporal says Casa Frida supports those at greatest need in three ways: Shelter through an accommodation program and access to food and basic needs that include the guarantee of safety and protection; mental health services and access to programs that allow residents to strengthen their technical and social skills and allow them to have greater opportunities to successfully reintegrate into society.

Casa Frida has a team of psychologists, social workers, nurses and volunteers who work with its residents. Casa Frida also provides legal support for transgender people who want to legally change their gender and connects them to health care providers who can provide hormone replacement therapy.

Casa Frida since its inception has welcomed 74 people who are mainly between 18 and 35-years-old. The shelter has 20 beds, although it is expected to soon expand its capacity to 34 beds.

Seventeen people were living at Casa Frida as of deadline. The shelter currently has three floors of living space with eight rooms, a common area and a terrace for recreation.

He told the Blade he feels at home, an experience that he had not felt for years. Carmona said he has learned how to take care of himself, how to be himself, how to enjoy differences and has seen his self-esteem grow to the point that people’s opinions about his homosexuality no longer bother him.

Carmona also says Casa Frida has helped him prepare a resume and enrolled him in various courses.

He told the Blade he has continued his studies and helped with household chores. Carmona has also worked with a psychologist to further the process of self-acceptance and to reconcile with his family that was ultimately successful.

Caporal told the Blade that in Carmona’s case, Casa Frida was able to offer him assistance at the shelter.

“Successful mediation was achieved by achieving family reintegration,” said Caporal. “For this, a comprehensive space for education and training in appropriate terminologies, introduction to diversity and gender in conjunction with the family was necessary. After a while the family members began to live together.”

Carmona is once again back with his family, which is slowly learning to accept his sexual orientation and has stopped teasing him in a way that hurt him so much.

“At Casa Frida they boosted my self-esteem,” Carmona told the Blade. “They made me get ahead, because I’m already working and thinking about my financial independence. They changed my life so much.”

Casa Frida does not currently receive government funding, so donations from civil society organizations and members of the LGBTQ community make its work possible.

Caporal said Casa Frida has been able to survive the pandemic because of “the solidarity, love and support of the LGBTIQ community itself, organizations, neighbors and citizens.”

Caporal also encouraged anyone who wants to support Casa Frida’s work to make a donation through its website. The CNN anchor was left “transfixed” during his interview with the 22-year-old poet.

sexy is sexy, no matter where you are on earth

Starting a family is a monumental decision for anyone, but for people in the LGBTQ community, that decision comes with unique and interesting considerations. In this installment of the OUT for GOOD series, we’re talking to GLAAD’s President and CEO, Sarah Kate Ellis; entrepreneur, Stacey Stevenson; educational trans creator, Aydian Dowling and social media consultant and creator, Devon Gibby, about all things family. Unpacking everything from how they started the journey to what special traditions they’ve developed along the way, we’ll learn how these families are navigating all of the wild waters that come with LGBTQ family life. 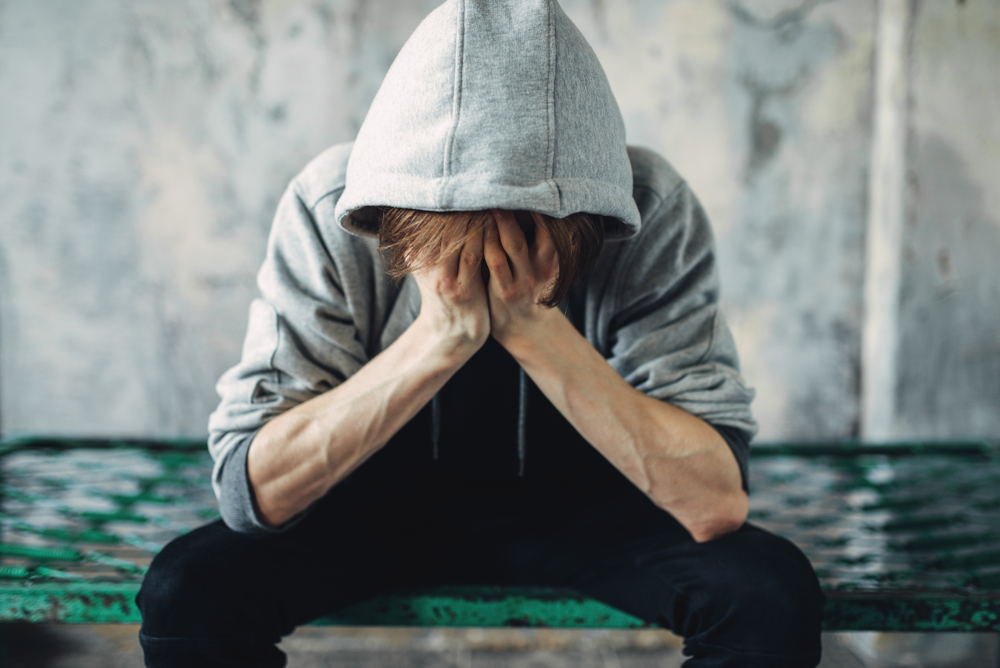 ShutterstockAttempts to use existing meds meant to decrease cravings have not been successful, but after researchers combined two of the drugs into one effective treatment, they say they’ve made “significant” progress.