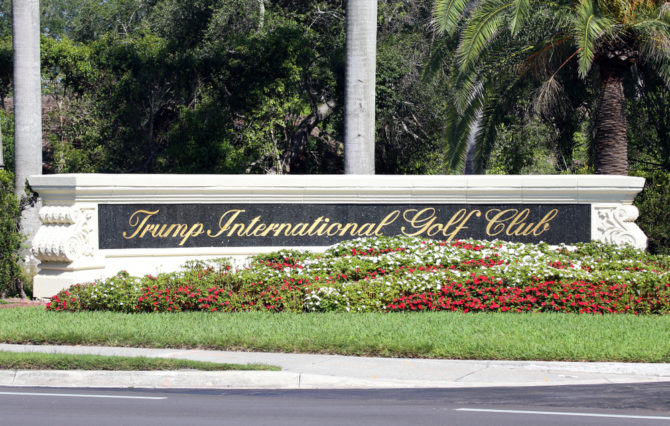 The bad news keeps piling up for Donald J. Trump.

The outgoing one-term president, who has spent over 300 days golfing during his four year stint in Washington, D.C., might be losing his prized golf course in West Palm Beach, Florida.

Chief assistant county attorney Howard Falcon tells The Palm Beach Post that at least one county commissioner is working to terminate the county’s lease with the Trump International Golf Club after the Capitol Riots last week.

“My initial reaction is it would be a stretch,” Falcon says, noting that the iron-clad lease doesn’t have a “bad boy” clause, which allows a landlord to severe ties with a tenant over bad behavior, like, say, inciting an insurrection on the U.S. Capitol.

The Trump Organization pays $88,338 per month to rent the property. A lawyer for the golf course says there’s “no basis for canceling the lease.” But the county commissioner still appears hellbent on trying.

Trump International Golf Club is Trump’s go-to spot when he stays at Mar-a-Lago, his Palm Beach estate. He also hosts his annual Super Bowl parties at the course and has golfed at the club with foreign dignitaries, members of Congress and administration officials. He also played the course with conservative radio host Rush Limbaugh and golf legends Jack Nicklaus and Tiger Woods, and celebrities such as Kid Rock.

This is just the latest one of Trump’s business relationships to sour. He’s also been banned by all the major tech companies, dropped by Deutsche Bank, and lost his contract with the PGA, which just announced it will no longer hold its namesake championship at any of his golf courses.

Graham Gremore is the Features Editor and a Staff Writer at Queerty. Follow him on Twitter @grahamgremore.