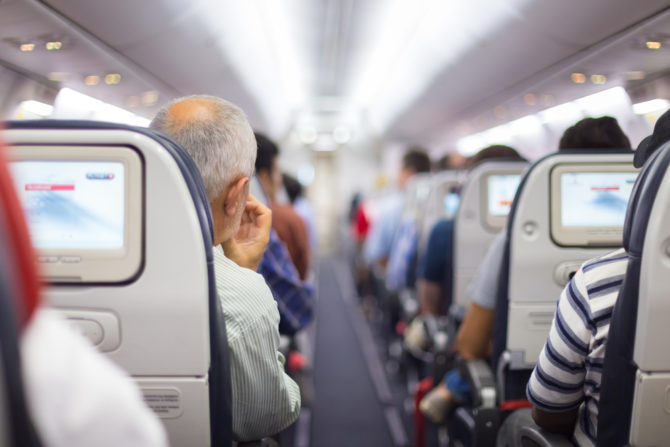 It was a bad weekend for domestic terrorists in the United States.

Not only was their beloved Parler app booted from its hosting services, but a whole bunch of them who participated in last week’s insurrection on the U.S. Capitol found themselves in deep trouble when they got to the airport.

Videos of MAGA militia members being kicked off airplanes and/or arrested in airports around the country have started popping up on social media. And, folx, there a tons of them…

Was he crying like this when he was invading the Capitol?? ? pic.twitter.com/dCmYEON8mR

“I have 3 CHILDREN”
“How many?”
“4 Children!.” ?????? While y’all talking Super bowl and Armie Hammer these #NoFlyList girls from #TrumpInsurrection #CapitolRiot can’t remember their own kids????? and change accents ? #MAGATerrorist pic.twitter.com/Tgx3CTipvE

MAGAt who stormed the Capitol: “You treat me like a f*cking Black person!”

These racist terrorists fully expected their whiteness to protect them from any consequences for their crimes, including murder.#NoFlyList #TrumpInsurection #CapitolRiots pic.twitter.com/HnfN44qZ2z

Pretty soon hashtags like #NoFlyList and #TerroristTears were trending. People cannot seem get enough of these videos, which have garnered millions and millions of views in a matter of days.

And now, the responses…

Every time you see a Trump supporter try to board a flight !! #NoFlyList pic.twitter.com/klGje7HWwo

My sexual orientation is watching terrorists finding out they’ve been put on the #NoFlyList.

When you fly in for an insurrection vs. when you can’t fly out #CapitolRiots #NoFlyList pic.twitter.com/BkpFnfmbTX

Who has more #NoFlyList videos? I’ve got popcorn ? ??

trumps rioters trying to skip town when they realize they’re on the #NoFlyList pic.twitter.com/o8p0zSdU4N

Do you know who’s not on the No Fly List??

Do you know why?

Because they are not fucking terrorists #NoFlyList

I just want an entire feed full of MAGATs realizing they’re on the #NoFlyList. pic.twitter.com/vHGgBbw9iz

In the mood for a few more #NoFlyList videos? Alright, fine…