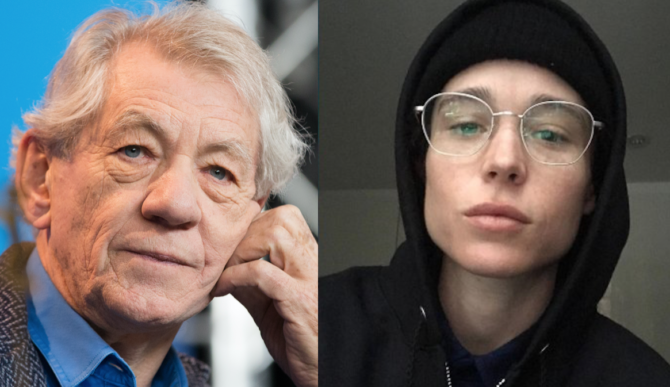 “I remember Elliot Page, in one of the ‘X-Men,’ sat as close as we are now. And I had to speak when they’d finished, and I couldn’t hear what they were saying. Nobody could hear what they were saying. So, I said, ‘Look, if you can’t speak up, would you mind when you’re finished speaking, just dropping your hand so I know when you’ve finished speaking?’

And then they came out [as gay] years later, and suddenly you couldn’t stop them talking. You heard everything. And now…they’re Elliot. And I’m so happy for Elliot. And so disappointed in myself that I didn’t detect what their difficulty was with communicating.”— Out screen legend Ian McKellen in a recent interview with Attitude voicing support for his former X-Men costar Elliot Page, who came out as transgender in early December.