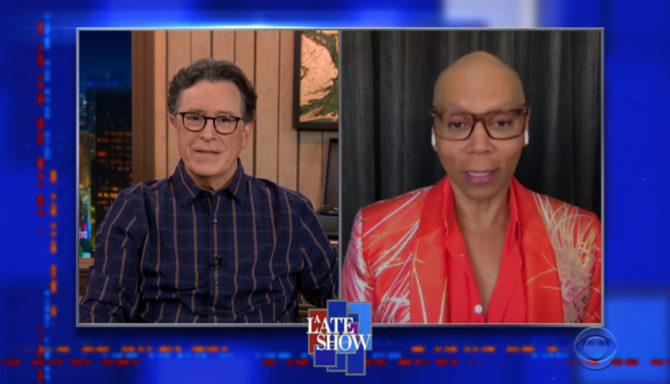 “It’s to keep an open mind. I walked into this thing with an idea of what drag is and the kids have a different idea. They keep changing it. This season we have a trans man who is on our show who is competing with the other drag queens and this man is fantastic. Fantastic! So, I keep moving with what the kids are doing.”–Drag icon RuPaul, explaining his evolving vision of drag in RuPaul’s Drag Race to talk show host Stephen Colbert. This season, the show’s 13th, features contestant Gottmik, a transgender man, competing alongside drag queens.