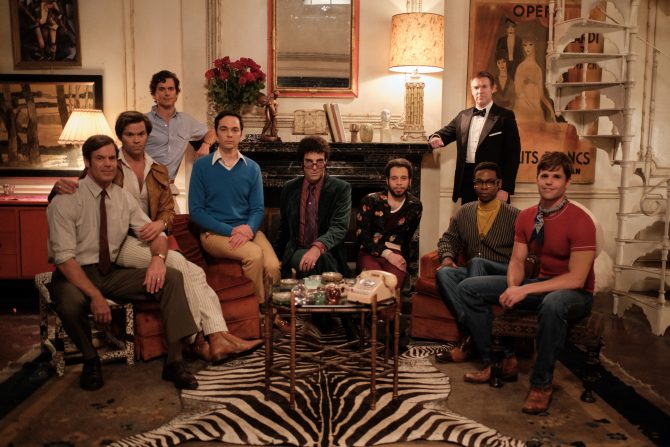 The Conversation Starter: The Boys in the Band

To understand the present and the future, we must first examine the past. For LGBTQ people–or anyone interested in the history of the way we’re portrayed on-screen–that could begin with a viewing of Mart Crowley’s seminal play about gay men, The Boys in the Band.

The Boys in the Band has always had a divisive onus about it: some critics hailed it as a landmark portrayal (for the time, anyway) of gay men, while others assail it for latent homophobia and even racism. The plot follows a group of New York gay men gathering for a birthday party. Booze and underlying tensions ignite tempers, and eventually, the whole night culminates with a humiliating game in which the men must each phone the man for which they feel true love. Needless to say, things get quite ugly.

The Boys in the Band has landed in front of the camera twice: first, directed by Oscar-winner William Friedkin (The Exorcist) in 1970 featuring the original cast of the play, and again this year, directed by Joe Mantello. Of the two, we recommend the remake for two key reasons. First, Friedkin regards the characters as freaks: he shoots the film through a clinical lens, as if examining mental patients or a prison gang. The film also ends on a terribly bleak note, a quiet admission that, yes, all gay men will always be pathetic and miserable. Mantello takes steps to address some of the underlying issues with the play, and shows empathy for his characters. Rather than standing on the outside, he wants viewers to feel like they’re part of the party. He also adds an epilogue–written by Crowley–that shows the characters recovering after the party and finding a solemn note of hope. Featuring a spectacular (and, coincidentally, all-gay) cast, we recommend it as a way of regarding gay history, the progress of the community, and to continue a conversation that began all those years ago.