Well, we were all waiting for it. The question was swirling all over this gay town of ours ever since the election was called for Joe Biden. I mean, the first time it was called. Where would Pete Buttigieg be hanging that hat of his in the new administration? There were rumors of some high-profile ambassadorship like the United Nations? Or maybe even China. But the gay gossip was that husband Chasten quickly nixed that idea, preferring something more stateside. Then there was Veteran’s Affairs, but that’s the dead-end of Cabinet positions — a thankless and also impossible job.

And none of these was really speaking to the man who not only won the Iowa caucuses, but also more or less handed Biden the presidency when he realized it was over for him and his campaign, and deciding that letting Trump trounce Bernie Sanders in the general election was probably not a great idea for the country.

Apparently Pete did. And who would be surprised by that? In his acceptance speech, Pete said that “travel in my mind is synonymous with growth, with adventure — even love. So much so that I proposed to my husband Chasten in an airport terminal,” he said. “Don’t let anybody tell you that O’Hare isn’t romantic.” And that’s all believable coming from him. Once again Pete makes geek chic. And this thoughtfulness and careful use of words, isn’t that what we’ve been missing these last four years?

And let’s not forget that Biden is Amtrak Joe. And transportation as a key issue of his means that he thinks Pete is up to the job. And as older Cabinet members move on, Pete could do the shuffle among agencies, further building his federal qualifications. Let’s not forget, as erudite and likable as he is, he was just a mayor. And building those qualifications is hugely important. I think we can all agree that Pete running for president again is not a question of if, but when. And Joe Biden recognizes that.

Then there’s the history of it all. Pete gladly took up the title of the first openly gay Cabinet member, which is true. But I can’t help but to think a little of Janet Reno here, Bill Clinton’s rather boxy and effective attorney general. The team of trolls at the Trump White House was fighting hard last week for that title to go to chief troll Richard Grenell, former ambassador to Germany and former acting Director National Intelligence. But since he was never confirmed by the Senate, I can confirm for you now he does not deserve that title of first openly gay Cabinet member. Plus he was so hated in Germany that they openly asked for someone else, anyone else, to come and replace him.

So hang onto those Pete buttons and T-shirts, gays. The best is about to come roaring down the tracks.

Brock Thompson is a D.C.-based writer. He contributes regularly to the Blade.

Braunwyn Windham-Burke Has Had Enough Of Criticism  TV Shows Ace

Did Franklin Graham Call on Pete Buttigieg to ‘Repent’ for Being Gay?  Snopes.com Gautam Raghavan, a veteran of the Obama administration, will be deputy director of the Office of Presidential Personnel. 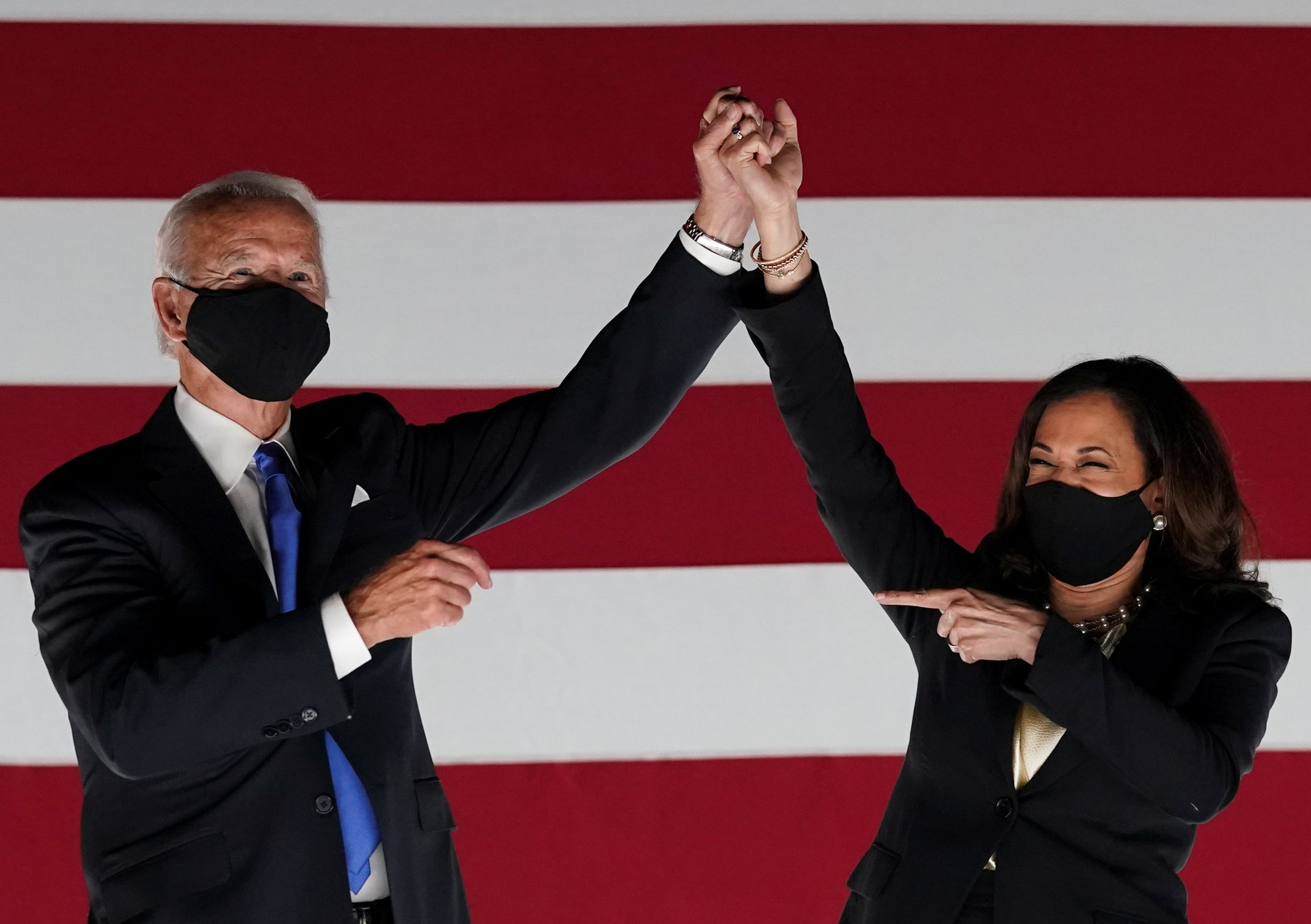 VP Brothers / ShutterstockGuatan Raghavan will serve in the coming Biden White House and Stuart Delery will help lead Biden’s Department of Justice. Both have husbands and kids. At this stage, we all deserve a getaway–or five!

LGBTQ staffers who are familiar faces from the Obama years are among the choices for the upcoming Biden administration as the transition continues to ramp up. One prominent LGBTQ Trump supporter is among the appointments President Trump has made prior to his exit.

Stuart Delery, who served during the Obama years as acting U.S. associate attorney general and was the most senior openly LGBTQ official in the U.S. Justice Department’s history, was announced Wednesday as White House deputy counsel for President-elect Joe Biden.

Delery, currently a partner at Gibson, Dunn & Crutcher, LLP, was also assistant attorney general for the Civil Division, a role in which he supervised the defense of the U.S. law in court on behalf of the federal government, and was senior counselor to Attorney General Eric Holder, according to his bio. Delery now lives in Washington, D.C., with his husband and two children

In 2012, Delery also represented the Obama administration in arguments before the U.S. First Circuit Court of Appeals against the anti-gay Defense of Marriage Act. After the U.S. Justice Department under Obama initially defended DOMA in court, the administration changed course amid pressure from LGBTQ activists and began arguing against it. Delery told judges on the First Circuit he wasn’t going to defend DOMA in any capacity.

Gautam Raghavan, who served as White House LGBTQ liaison under former President Obama and was chief of staff to Rep. Pramila Jayapal (D-Wash.), was also tapped as deputy director of the White House Presidential Personnel Office.

Annise Parker, CEO of LGBTQ Victory Institute, said in a statement Wednesday Raghavan’s appointment “demonstrates the President-elect’s long-term commitment to building an administration that is reflective of America.”

“He believes a diverse administration best serves the president and our nation and will ensure appointing qualified LGBTQ people, women and people of color at every level of government remains a priority for the next four years,” Parker said. “Gautam also understands our community is not monolithic and that LGBTQ people of all races, sexual orientations and gender identities must be part of the new administration.”

More LGBTQ appointees may be on the way. Biden, to great fanfare, has previously announced Pete Buttigieg would be his pick for transportation secretary, potentially making him the first Senate-confirmed Cabinet appointee.

But the role of head of the U.S. Small Business Administration is still open. Fred Hochberg, who during the Obama years served as head of the U.S. Export-Import Bank, continues to be talked about as a possibility.

Biden has also yet to name his choice for U.S. attorney general. Maura Healey, who as Massachusetts Attorney General became the first openly gay state attorney general, has been named as a possibility, but she’s viewed as a long-shot amid reports Biden has narrowed his choice to either Sen. Doug Jones (D-Ala.) or U.S. Circuit Judge Merrick Garland.

The LGBTQ Victory Institute, which seeks to help qualified LGBTQ people obtain positions in the U.S. government, has been renewing its efforts calling on Biden to name a transgender person for an appointment subject to Senate confirmation, sources familiar with the talks told the Blade. No openly transgender person has ever sought or obtained Senate confirmation for a presidential appointment in U.S. history.

Although no exact position was named, Pennsylvania Secretary of Health Rachel Levine, who was passed over for Biden’s choice as U.S. surgeon general, still comes up. Others are Amanda Simpson, who as the first transgender woman presidential appointee served in the departments of defense and homeland security during the Obama years, and Shawn Skelly, a transgender veteran and Obama alum who currently serves on Biden’s landing team for the Defense Department.

The Blade has placed a request seeking comment with the Biden transition team for this article.

Meanwhile, on the same day, President Trump shook things up with a slew of pardons and railed in a video he posted to Twitter against the coronavirus spending package, the the White House announced he had selected Richard Grenell as a member of the U.S. Holocaust Memorial Council.

Grenell, a Trump loyalist who as former acting director of national intelligence was the first openly gay Cabinet member and was the face of LGBTQ outreach for Trump’s re-election campaign, was among three individuals given seats on the council on Tuesday.

It remains to be seen whether Grenell will seek to amplify the U.S. Holocaust Memorial Museum’s mission to highlight gay and bisexual men who were victims of the Holocaust. Grenell didn’t respond via Twitter to comment.