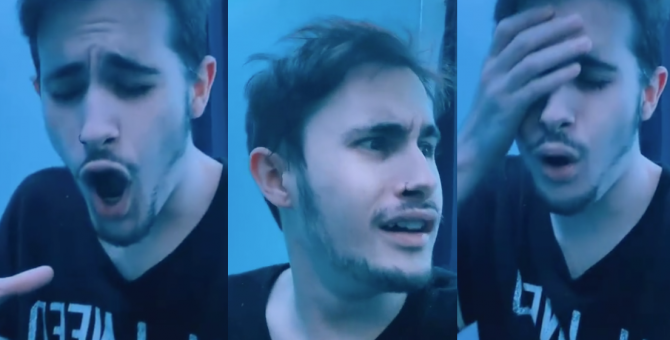 There is lot to unpack in these 60 seconds.

Assuming this story is true, and we’re going to go out on a limb and believe it, gay TikToker @zephryn (and his older sister, who is bi) suffered the unthinkable blow of being kicked out of the house as teenagers when they came out of the closet to their father.

Then, after Zephryn’s homophobic dad donated an old laptop to a relative, his secret past as a gay Craigslist/Backpage prostitute and male sex party participant found its way back to him.

He responded by airing the dirty laundry for the rest of the family in the form of a holiday stocking stuffer.

My sister at 16 coming out as Bi and getting kicked out by my homophobic father.

Me being born ~ 16 years later being raised to be anything but gay by my father.

Me coming out at 15 and getting kicked out by homophobic father and sleeping in the street for 2 days cause my parents were divorced and no way to tell my mom.

My dad starting a new job and giving his old laptop to my nephew but leaving his craigslist and email logged into so my sisters did some investigating.

My dad selling himself for gay s3x on backpages on Craiglist and getting money paypalled to him and finding years of cheating with men.

My sisters and I putting all the evidence in Christmas stockings for the whole family on Christmas morning 2017.