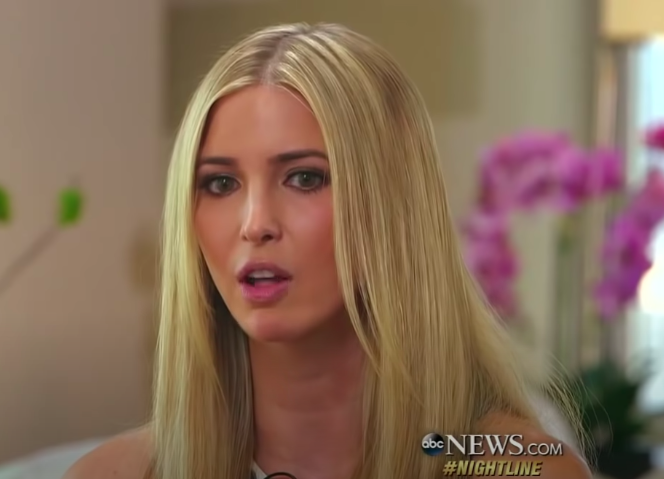 Ivanka Trump took to Twitter yesterday to accuse the DC Attorney General’s office of being out to get her as it zeros in on its investigation into the overpayment of inauguration funds to the Trump International Hotel in 2017. Now, DC Attorney General Karl Racine is pushing back against the first daughter’s B.S.

Racine went on Rachel Maddow’s show last night to basically put Ivanka on mega blast and call her out for what she is: a liar, a cheat, a fraud, etc., etc., etc.

“With all due respect to Ivanka Trump,” he said, “what she put out today was highly misleading and at best only a part of the story.”

Related: Ivanka freaks out on Twitter after being deposed by DC attorney general in ongoing investigation

Racine was referring to a screenshot of a December 2016 email Ivanka tweeted. It shows her allegedly saying the Trump International Hotel should charge “a fair market rate” for the use of its ballroom for her dad’s inauguration.

But the AG says that the email is only part of a story. Not only that, but he hinted it’s perhaps the “coverup” part of the story.

Racine said Ivanka’s call for “a fair market rate” didn’t match up with a series of subsequent emails from others involved in the Trump’s inauguration.

He specifically pointed to emails to Ivanka from Melania Trump‘s former-BFF-turned-whistleblower, Stephanie Winston Wolkoff, who repeatedly raised the alarm about exorbitant and potentially illegal prices.

“If I could give you one example that I think really tells you exactly what was going on,” Racine told Maddow, “on one of the days of the inaugural committee, it paid $175,000 for full use of the hotel’s event space, including use of a large ballroom for a half-day, which was double-booked by a different not-for-profit, the Presidential Inaugural Prayer Breakfast not-for-profit.”

He continued, “That not-for-profit paid $5,000 for that same ballroom. $175,000 charged to the inauguration committee for that ballroom, $5,000 to another not-for-profit. Doesn’t sound like market rate to me.”

It’s very simple: They broke the law. That’s why we sued.

Well, since it’s a civil case, Ivanka probably won’t be going to jail. (At least, not over this.) But the District is asking that the Trump Hotel and Trump Organization repay the amount it overcharged so that it can be “restored to a proper public purpose,” preferably “another nonprofit entity dedicated to promoting civic engagement of the citizens of the United States of America.”

This isn’t Ivanka’s only legal headache at the moment. She’s also being investigated for potential tax fraud in the Southern District of New York after allegedly pocketing $750,000 in potentially illegal “consulting fees” from the Trump Organization, which it later wrote off on its taxes.

Related: Ivanka’s in “extremely frantic damage control mode” as she scrambles to figure out what to do next