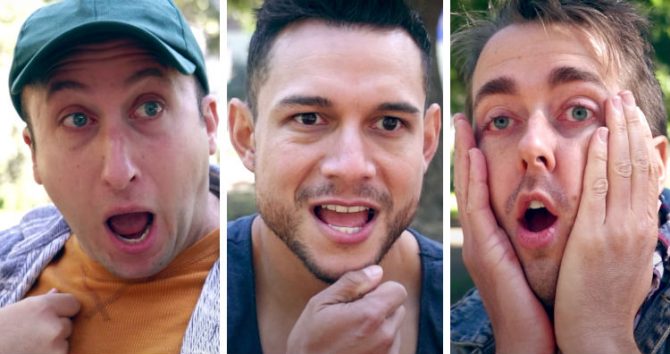 Have you ever met a guy who claimed to be ‘versatile’ but actually prefers to bottom 98% of the time?

The subject of sexual preferences, specifically men who claim they like to top, features in the latest video from YouTube comic Michael Henry.

Henry is hanging out with two friends who are both tops. Henry says he’s a top too and joins in with the guys (AJ Cast and Tim Murray) when they spot some beefy booty they’d love to pound. However, the more the friends wax lyrical about the wonders of topping, the more Henry’s own true passions become apparent.

In short, Henry’s a “phony top” who secretly just wants to bottom.

And why are the three friends seeing so much hot booty on the streets? It’s “GBM Rush Week”: The Gay Bottom Mafia (GBM) is another recurring theme in Henry’s videos, and it’s seeking new recruits!