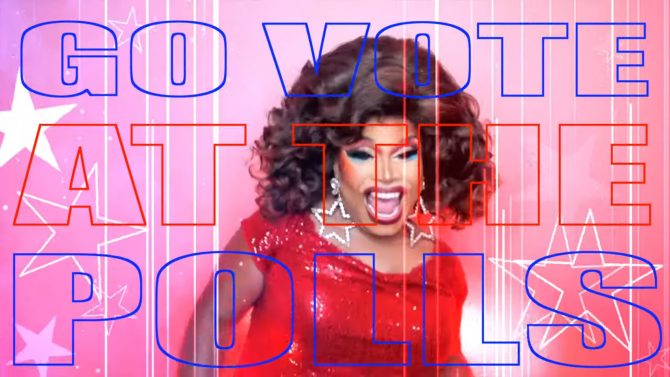 “Get to the polls/don’t be a clown/don’t be a drag/just vote queen,” the trio rap in the video. “Voting is a guaranteed way to make an impact.”

The song also makes reference to the ongoing violence against transgender Americans, encouraging listeners to vote for their protection. The Trump Administration, of course, has established policies hostile to all LGBTQ people, with a particular targeting of transgender Americans.

Filter is also releasing the song for download. 50% of the proceeds will go to Drag Out The Vote, a drag queen initiative aimed at get-out-the-vote efforts.

Have a listen, and do as the queen says. Vote!