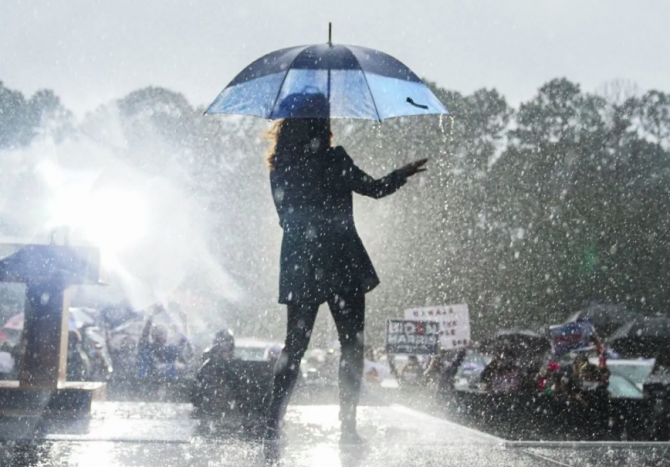 In addition to being a longtime LGBTQ ally, a rockstar senator, a tough prosecutor, and a damn good vice presidential candidate, Kamala Harris is one hell of a dancer.

Earlier this week, she was seen showing off her skills under an umbrella in the rain during a campaign stop in Florida.

I am absolutely unable to get over this video of @KamalaHarris dancing in the rain in chucks. pic.twitter.com/TD38hUISN2

Now, someone has put together a 30-second compilation video of aaaaall the times Harris, who celebrated her 56th birthday yesterday, has been recorded busting moves on the campaign trail, clapping fans at gay bars, and participating in flash mobs.

The Kamala Harris dancing compilation video that no one asked for lol#BidenHarris2020 #bidencoalition #GOTV2020 pic.twitter.com/5W29uzpxhC

Related: The Kamala Harris VP debate memes are in, and they are fabulous