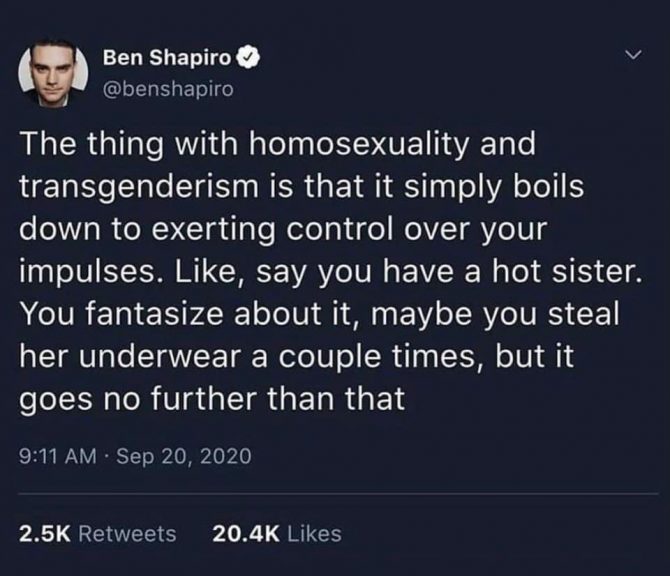 “The thing with homosexuality and transgenderism is that it basically boils down to exerting control over your impulses. Like, say you have a hot sister. You fantasize about it, maybe steal her underwear a couple times, but it goes no further than that”—Conservative pundit Ben Shapiro, in a now-deleted tweet, apparently justifying persecution of the queer community by lusting after his sister. Shapiro has a long history of attacks on LGBTQ people.