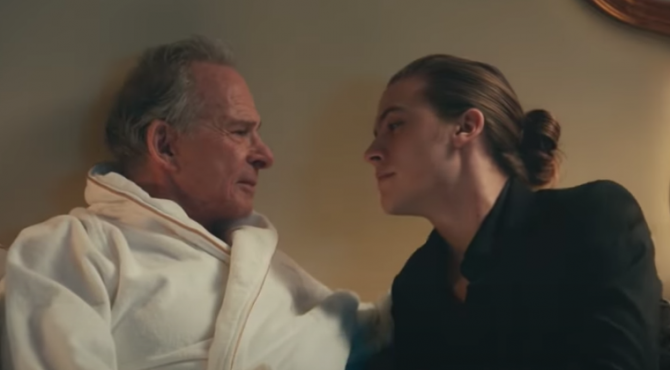 Dylan Sprouse is giving us major hair jealousy in Daddy, a just-released short film from young filmmaker Christian Coppola, who yes, is one of those “Coppolas,” but not an immediate family member of Francis and Sofia.

“I’m not close enough to get invited for Thanksgiving dinner,” he told Variety.

The former Suite Life of Zack and Cody star also rocks a becoming pink dress, playing a male escort hired to stand in as an older man’s (Ron Rifkin) deceased wife on their wedding anniversary.

The short film “subverts power dynamics, exploring love, desire, seduction, and death,” according to a recent interview with Sprouse and Coppola.