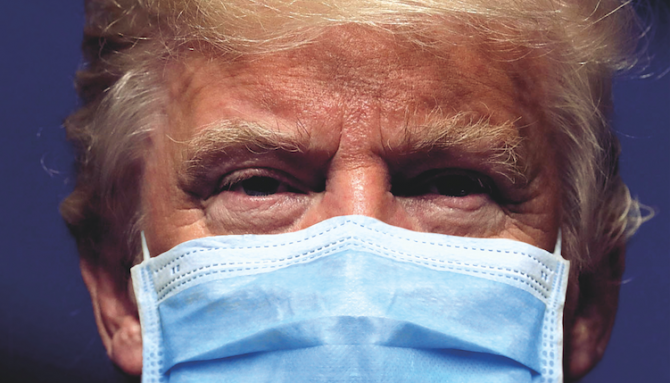 We know the news moves fast and your timeline is already filled with fly memes, but remember when Donald Trump referred to his top-shelf coronavirus treatments as “miracles coming down from God”? Well, one of those “miracles” was only possible thanks to research that utilized abortion tissue.

That’s according to Rgeneron Pharmaceuticals, the company that developed the experimental antibody treatment Trump received.

It’s worth mentioning as the Trump administration has grown increasingly adversarial towards medical research using fetal tissue from abortions. In 2019, it cut off the ability of the National Institutes of Health to fund the research. The move was celebrated as a “major pro-life victory.”

Funny how those same concerns were nonexistent when the president faced a life-threatening disease, either from the president or his anti-abortion supporters.

Just add it to the list of hypocrisies of Trump and his time in office. That list is starting to resemble a CVS receipt.