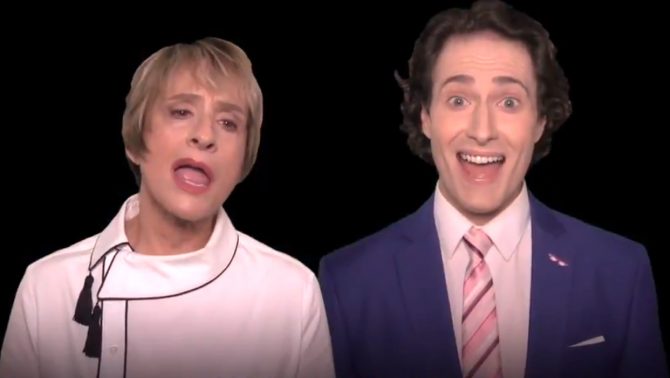 “If Donald Got Fired” finds Randy trying to conduct a debate between Trump and Joe Biden, and unable to control the rabid Republican. LuPone arrives in a puff of smoke, ready to aid a gay man in crisis. The two then launch into a parody of “If Mama Was Married” from Gypsy, a Broadway musical for which LuPone won a Tony Award.

Related: Randy Rainbow apologizes for past racist and transphobic tweets

“If Donald got fired/would that be sublime?/I’d put down my bottles and bongs,” LuPone sings. “I’d be back on Broadway and belting Sondheim/instead of cheap internet parody songs…”

Watch, and remember to vote November 3.

I dreamed a dream they let me moderate the presidential debate. And you were there, @PattiLuPone… #IfDonaldGotFired ? pic.twitter.com/B9C7tMEnKN