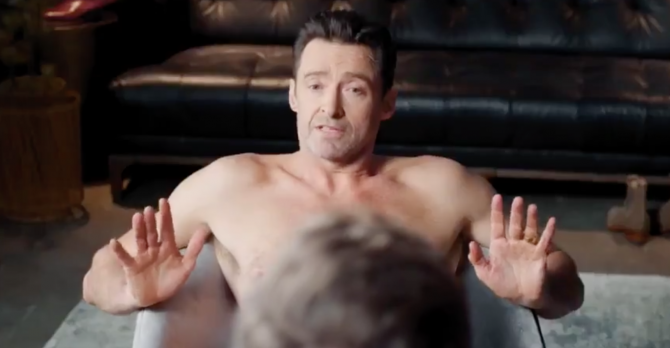 He loves them so much he apparently forgot that wearing them–and only them–doesn’t quite mean you’re ready for that business meeting.

In a new ad for the Australian boot company, Jackman goes on at length about what, exactly, he loves so much about his footwear.

The company rep, however, is more focused on the length of something else. And also his office upholstery.

“What can I say?” Jackman wrote on Twitter, sharing the cheeky spot. “These boots are comfortable.”

What can I say? The boots are comfortable. @RMWilliamsUK #ad pic.twitter.com/nVV6lXZdCa