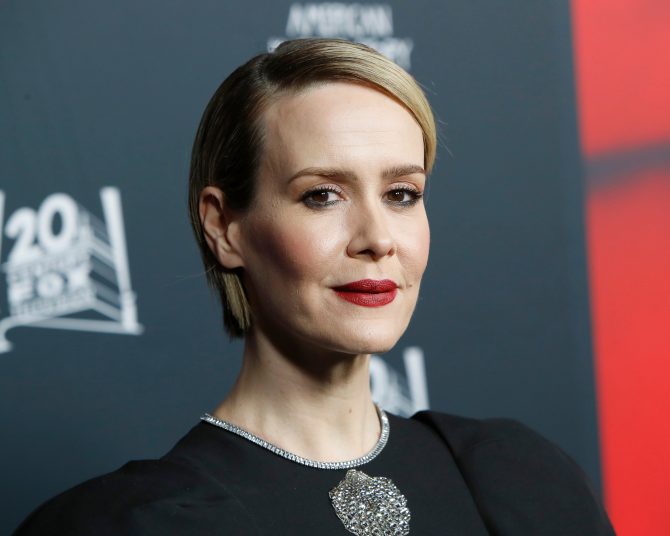 Sarah Paulson sat down for a wonderfully candid new Harper’s Bazaar interview with best-selling author Roxane Gay, touching on Paulson’s start in the New York theater scene, her steadfast career ambitions, and her relationship with fellow actress Holland Taylor, who is 32 years her senior.

Gay asked Paulson why she thinks folks get hung up on the age gap; Paulson said it reflects “our own ageist thinking and the idea that to be old is to cease to have any desire.”

And speaking of things said well, here’s how Paulson responded to the haters:

“Anybody says anything about any person I love in a way that is disrespectful or cruel and I want to cut a bitch.”

Luckily, the naysayers are far outnumbered by those who recognize relationship goals when they see them. The couple has received an outpouring of support from fans.

We scored some time with Paulson and her Ratched costars Cynthia Nixon and Sharon Stone ahead of the September Netflix premiere. Watch: