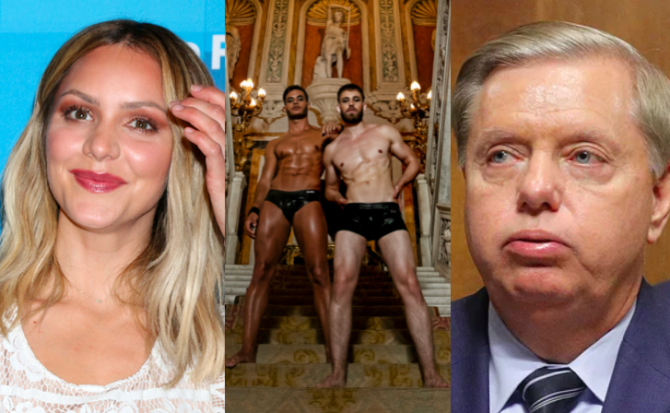 It’s Monday (again). A lot happened over the weekend. Here’s just some of what you might have missed…

AWKWARD: Sen. Lindsey Graham’s words come back to haunt him.

“I want you to use my words against me. If there’s a Republican president in 2016 and a vacancy occurs in the last year of the first term, you can say Lindsey Graham said let’s let the next president, whoever it might be, make that nomination.” pic.twitter.com/quD1K5j9pz

LANDSLIDE: Schitt’s Creek cleans up at the Emmys, setting a record for the most wins in a single season for a comedy. [Hollywood Reporter]

TRASH POLL: Poll conducted by a hookup app finds 45% of gay men support Donald Trump called out for being inaccurate and “unlikely to be representative” of LGBTQ voters. [Washington Blade]

APPROVED: Joe Biden‘s approves Trump’s promise that if he doesn’t get reelected in November “you’ll never see me again.”

I’m Joe Biden and I approve this message. pic.twitter.com/TuRZXPE5xK