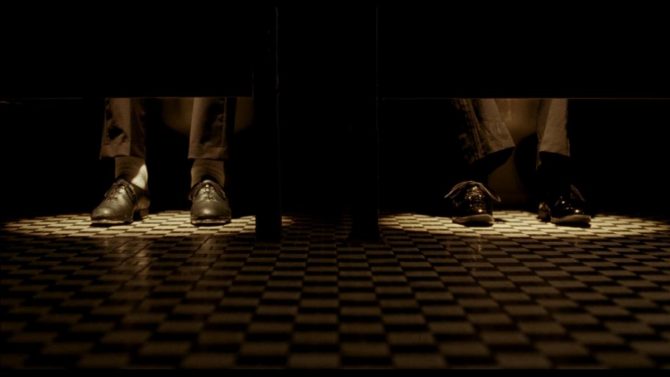 Stalls, the new short film from Brazilian director João Dall’stella, has finally landed online. In short (as it were), we’re not sure what to think.

The film follows the bemused Jonathan (Andrew Ableson) during a night at the opera. As the singers perform in full voice, Jonathan steps away to the men’s room in hopes of finding a little something to spice up the evening. After groping and tapping in hopes of getting some attention through a glory hole, the film erupts into one of the most unusual musical numbers in recent memory.

We’re not sure if that means director Dall’stella, who based the film on his own experiences, actually did a bathroom tap dance, but we’re certainly willing to entertain the possibility.

Have a look, and remember–always wash your hands after using the bathroom, no matter what you’re doing. In this case, we’d also recommend mouthwash.